August 7, 2022: Bible Prophecy Update - Checking Off All The Prophetic Boxes 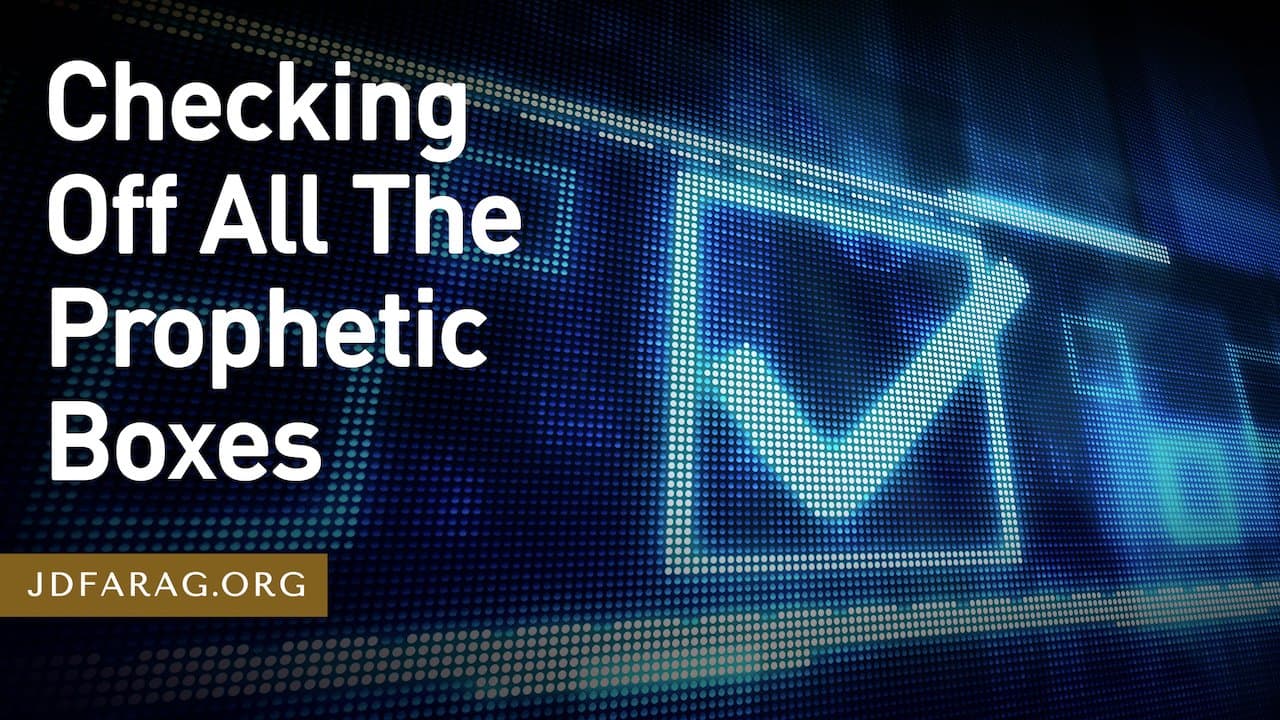 talks about how everything happening in the world today is now checking off all the prophetic boxes. 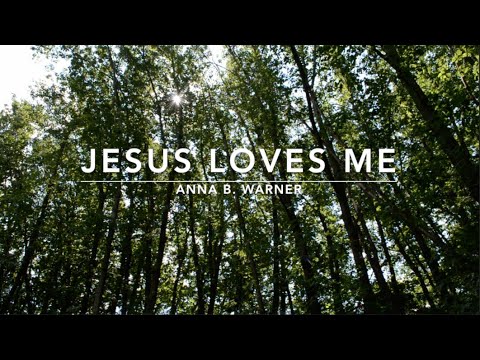 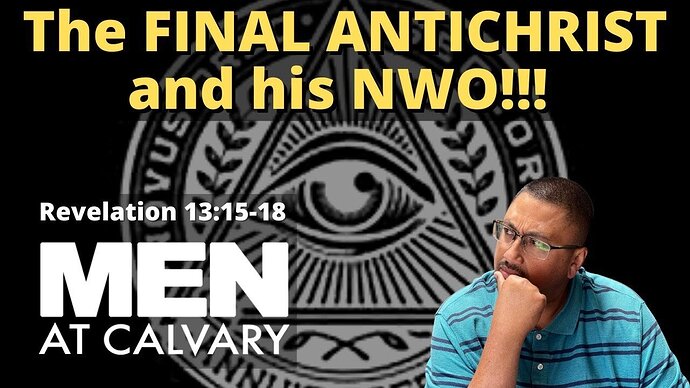 The Globalist movement all over the world is laying the groundwork for what we know will happen when the Final Antichrist makes his appearance. This are happening quickly just as the Bible said!!! Men 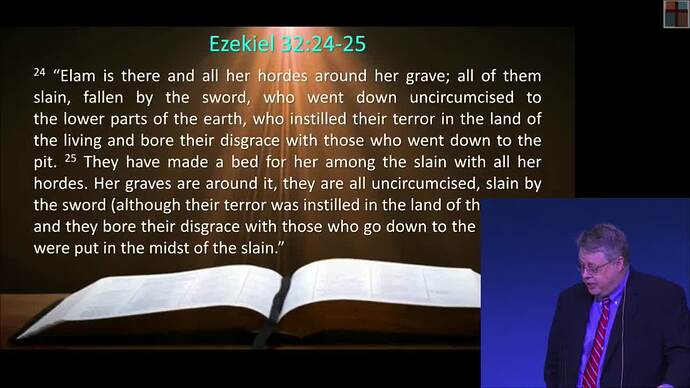 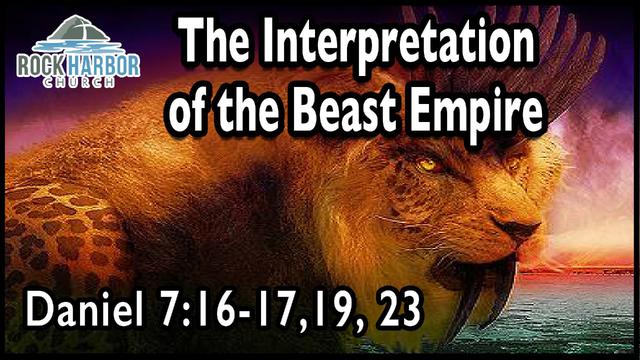 If you would like to be added to our text alerts, please click here and complete your contact information. https://rockharborchurchca.ccbchurch.com/goto/forms/6/responses/new Look for us on: Rumble - Rock Harbor Church Bakersfield - https://rumble… 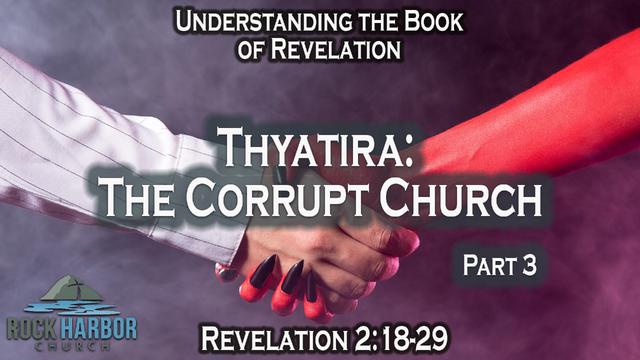 We will be studying the most unstudied book of the Bible; The Book of Revelation. Since we are living in the last days it will be important to understand that the world is plunging towards the Tribulation. We can already see the table is being set…

On July 27, 2022, the Federal Reserve increased interest rates even though some financial experts believe the higher rates will cause a decline in home

Thy Kingdom Come - Thy Will Be Done :: By Charles Gray Adams Jr

The recent article, "The Great Awakening – The Grand Deception," dealt with the topic of the currently trending movement to establish the kingdom of God 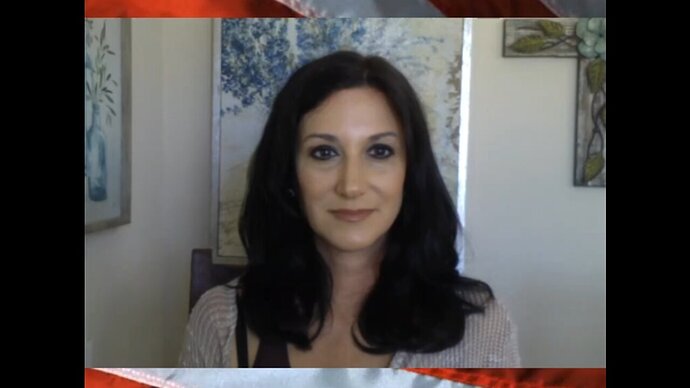 There is much more in the 50-minute interview. Join Greg Hunter of USAWatchdog.com as he goes One-on-One with biotech analyst Karen Kingston as she updates us about the bioweapon injections being forc 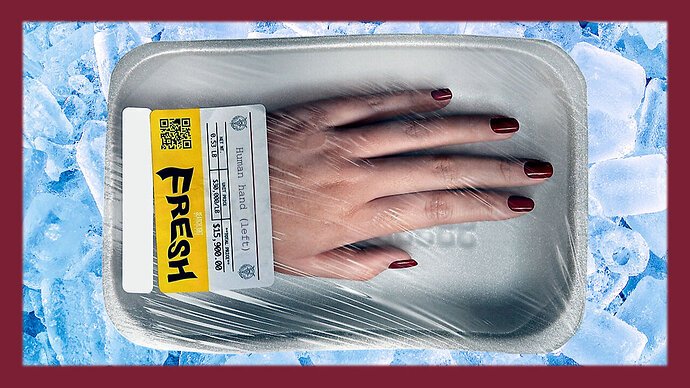 Human Cannibalism Being Pushed by the New Green Movement 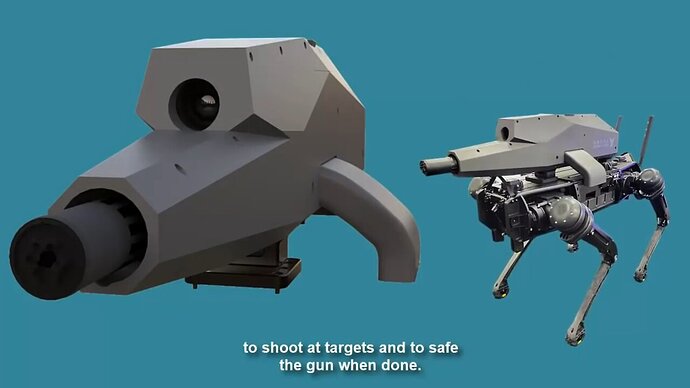 On 1 September, 1941, Chief of Reich Security Reinhard Heydrich, one of the most fanatical, mass-murdering Nazis, issued a now notorious decree ordering Jews above the age of six to wear an identifying badge in public. The Jewish Badge, a yellow Star... 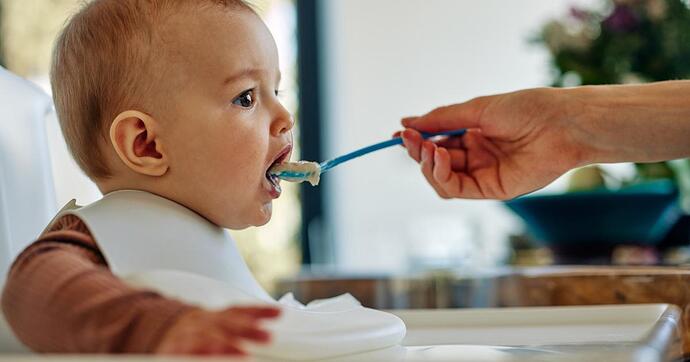 The Great Reset at Work: The Dystopian Transformation of the Food Industry |... 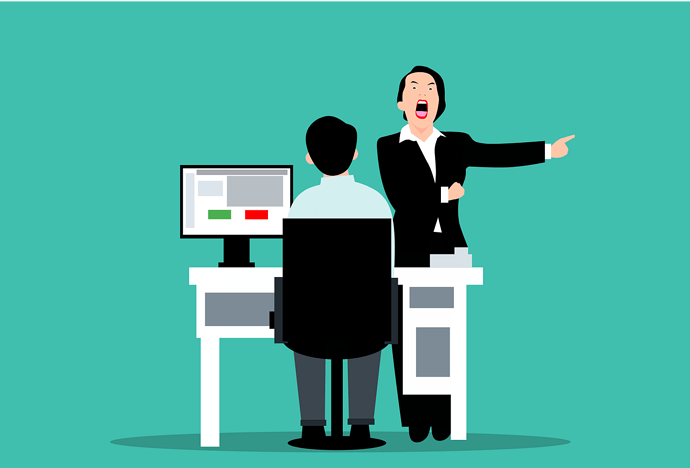 It’s Happening: Here Is A List Of 11 Big Companies That Have Announced...

When the economy slows down, layoffs inevitably happen.  We witnessed this on a very large scale in 2008 and 2009, and now it is happening again.  U.S. economic numbers are rapidly getting worse, and companies 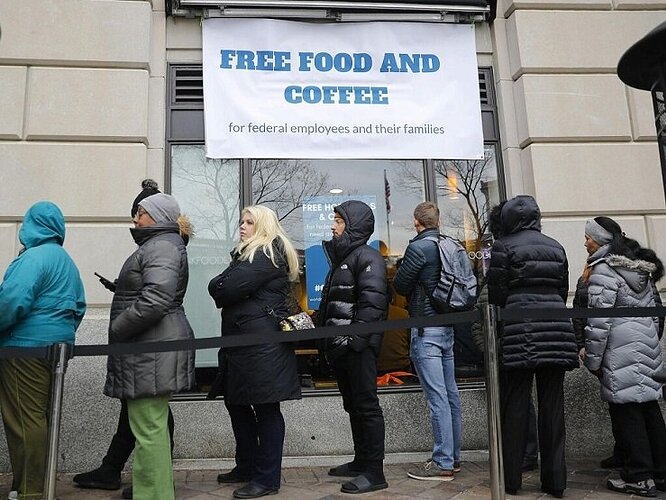 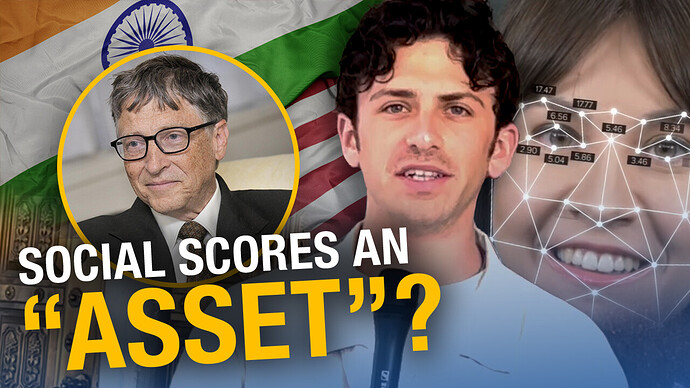 Gates calls social credit scores an 'asset' — are they coming to the US?

Millions of children in India can't go to school because they've failed to submit to India's biometric ID system, AADHAAR. The invasive system is praised by Bill Gates and some US policymakers want to bring a similar social credit database to the...

TPTB hath prophesied the next timeline will be Jan 2023 where they will enforce lockdowns, quarantines, vaccines, digital passports again:

Similar reports have been denied as false in the past.

10 biblical prophecies fulfilled or in the process of being fulfilled

On the cusp of being fulfilled

[adding an eleventh at the eleventh hour]

The following is my personal opinion, based on observation over time and common sense.

I believe that Pastor JD’s update this week was spot on.

The very end was cut short for some reason, but I could see where it was going.

Everyone forgets that the entire Medical Industry was in dire financial straits before Covid hit. Then everyone with Covid was treated for free buy the Federal Government in the USA. Anyone who had a positive Covid test, and who died for any reason at all, was listed as a Covid death. That way the Medical Industry was reimbursed by the Federal Government and the Covid death statistics were skewed to reflect a much higher number.

Now we have previously perfectly healthy young people dropping over dead, and the medical community is scratching their heads.

The answer is simple, there is all sorts of evidence being covered up. The Covid Vaccine had all sorts of reported side effects before, and people were dying from the vaccination. But according to the medical community it was a very small minority, not to worry. The same people who skewed the death statistics before, are now telling us not to worry and get vaccinated. They are hiding the true number of vaccination injuries and deaths.

It is only a matter of time before the increasing number of unexplained deaths catches up with them.

They will eventually be forced to tell the truth, but it will be too late for too many Americans.

Our current puppet president has set into motion under the DHS fact checkers, so the internet is being scrubbed of information in the interest of public safety, while they track people.

They have been lying to us all along. So why should we believe anything they say now. They have lost their creditability.

Or should it be more like, when they tell us what to believe, believe the opposite.

Keep the Faith and keep looking for our Lord to return.

Or should it be more like, when they tell us what to believe, believe the opposite.

Keep the Faith and keep looking for our Lord to return. 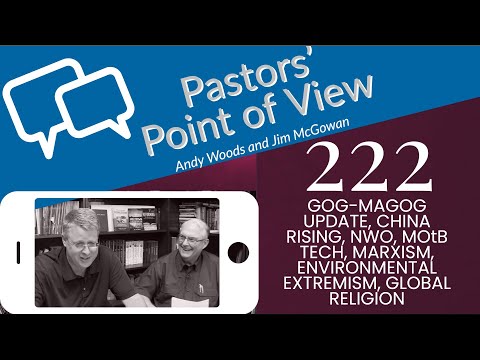 If anyone has any additional examples of prophecy fulfilment supported by history - or even partial/anticipatory fulfilment - to share it would make for great testimony points to unbelievers.

Isaiah 45:1 - Cyrus
Dan 9:27 - end of sacrifice and offering which presumes a reinstatement of such practise - red heifer etc.

Daniel 12:4 ?? @jasonacts177 ??
“But you, Daniel, close up and seal the words of the scroll until the time of the end. Many will will go to and fro and knowledge will increase.”

it seems that “the book” has been opened as we now understand and see much that those before us couldn’t even imagine. . . Like how could people all around the world, all at the same time see the two prophets lying in the street? Or how could everyone on the earth be controlled with the MOTB? Well . . . Now we know. And we travel all around the world. . . Well . . . The elites are allowed to anyway

. . . And with a click of a button I’ve been able to learn; how to preserve my harvest, what treats are safe to feed my chickens, how to use companion planting to increase my harvest, how to ferment pickles, how to make summer squash bread, where I can find a Bible verse to encourage a sick friend, how to boost my immune system, how to build a music wall for my grands, what a Bible text means using the original Greek, how to go to church in HI when I live thousands of miles away, and on and on and on . . . Anything I’m wanting to know (except the truth about “the plan” for we expendable, useless people) I can find a you tube answer for! I’ll admit, discerning truth from fiction is sometimes a challenge . . . But def knowledge has increased.

PS . . . Now if I could just get an answer as to why my phone kept shutting off the livestream of today’s update??? Hmmmmmmmm

Did anyone else experience a similar interference?

I think it would be prudent to acknowledge that what is happening is judgement. Man made,geo engineering,political,big pharma,Bill Gates…who cares- all that means nothing in the big scheme.
That being said, I do not believe we are appointed to wrath, that comes later and by the grace and mercy of our Lord may we not be here,BUT we will see much much worse than this until Jesus comes. We cannot be so arrogant to think otherwise.
Instead of blaming the means,blame the reason why; a sinful nation and world so far from God and so dead in sin.

My computer just stopped . My husband said, " I guess the devil doesnt want us to hear this message".

I just listened to the message in its entirety. There must have been a temporary disconnect earlier. I did not listen to the entire ABC’s of salvation at the end, simply because it is late here and I have an early morning.

My computer just stopped . My husband said, " I guess the devil doesnt want us to hear this message".

True! And many members here experience the same thing.

The prince of the power of the air (Satan and his minions) disrupt services through various means. Either directly, or by using people to accomplish their task. This has been going on, on Pastor JD’s prophesy updates for some time. Usually at a critical juncture.

Sometimes you can reload the live stream and hit the play button, and pick back up where it froze on you. Sometimes you just have to wait until it is posted here up at the top of this update thread to watch it then.
Bottom line with a little perseverance you will be able to see the entire update.
Satan and his minions are counting on peoples’ frustration and for them to just give up, and go somewhere else.
Perseverance has always paid off for me along with a good cry on @Twi or @jasonacts177 shoulder. So yes admin. is acutely aware of the problem.
Keep the Faith…Keep looking up.
Agape,
Ken

I did not listen to the entire ABC’s of salvation at the end,

They were cut off of the live stream.

I think it would be prudent to acknowledge that what is happening is judgement.

Hi Kelly,
Wise observation, especially for the USA. But what is happening now pales in comparison to what will be coming during the 7 year tribulation. And even though like you say, it will get much much worse until Jesus comes for us at the 1st Resurrection. Thank God that we will not be here for any of it when it really starts.
I see you have been gone for a while, a big welcome back!
Agape,
Ken 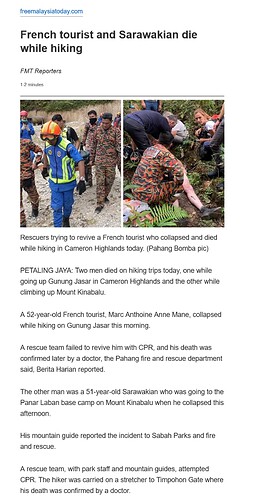 Jason, I’m afraid I’m going to have to report you to the moderator as you obviously plagiarized Pastor JD’s Sermon, which is a code of conduct issue according to the response I received from Siri, who consulted the W.E.F. Sponsored Google Fact Checker A.I. through Alexa …kidding

Actually, it’s me who is going to plagiarize it as I’m going to copy-and-paste what you wrote out for us and put it in my digital Bible.

…thank you for posting that