We seem to have so much in common, and my dad could play the harmonica so beautifully. We would do a special in church at Christmas and played Silent Night where I would play piano and sing. It is a memory I had almost forgotten. Thanks for bringing that memory forward. It was a tender moment with him. I buried him with his Bible and harmonica.

Very nice job. That s a keeper for sure. fancy scabbord too. Mine was more simple just laced leather for stitching. Yeah it seems we do have a lot in common. I just hope looks are a part of it because they you lose out horribly.

Well, I am no longer a looker, but my beauty lies in the Spirit of the Lord within me, praise God. Here is a pic of my dad’s remains in a wood box my hubby made for him. I can’t believe he has been gone this long already. The following is a poem I had at my dad’s memorial. He loved the Lord with all his heart and by no means was he perfect. In fact, he left my mother for another woman, and then another. My mother was left without anything, BUT GOD in His infinite wisdom provided for her and blessed her immensely. My dad lived in his VW bus up in Kent, Washington for many years until he got mesothelioma and died. I brought his remains here to be buried in the family cemetery, and now my mother along with both brothers are there with him. God has brought me thru some difficult years, but oh, how I love Him and thank Him for all the memories. Thank you for listening/reading from an old lady who is missing her earthly dad and family. 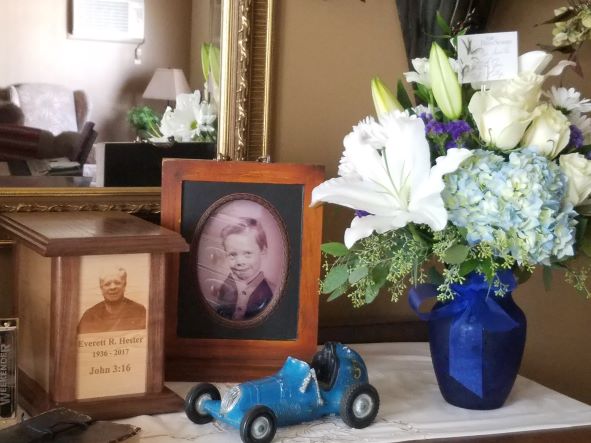 “Dear Heavenly Father,”
I begin my every prayer,
But the man I see
While on bended knee
Is always my earthly dad.
He is the image
Of the Father divine
Reflecting the nature of God,
For his love and care
And the faith he shared
Pointed me to my Father above.

P.S. I had to add this to the post because I am quite moved and needed to share. I looked up the exact date of my father’s death and it was the 19th of June 2017. The day after Father’s Day. I then looked up my mother’s date. I knew it was the day after Mother’s Day 2021 because I had to turn off the machines she was hooked up to and didn’t want Mother’s Day to be a solemn day. I was taken a back by this coincidence that they both died 1 day after the day set aside in honoring them. Wow, wow!

No worries. I fully understand, walks down memory lane like this. I do it from time to time. I still have some things that my Dad made for us. One was a paper towel holder and another was a table top napkin holder out of wood. He built those in his shop that he built when they moved into their last house. He loved to make things for Mom to give to her friends. One they loved was the 2D cat with a tail that came out the back as wedge and were used for holding doors open. They were really neat. Him doing those kinds of thing was where I learned to do a lot of things. I do similar at times. I have not wood worked since my kids were little. Mainly I work on crochet stuff now and making baby blankes out of printed fleece I get from the fabric store. Oh I did make some wall haning coat hangers for my kids once when they were in their early teens. Also I made some neat wooden coasters for a while. It was the time I was making fridge magnets as well. I made both those out of fallen limbs from wind storms. I will have to dig around in the photos to see if I can find some of that.

I can only load five a time but here are the wood burn coasters made for my mother-in-law. 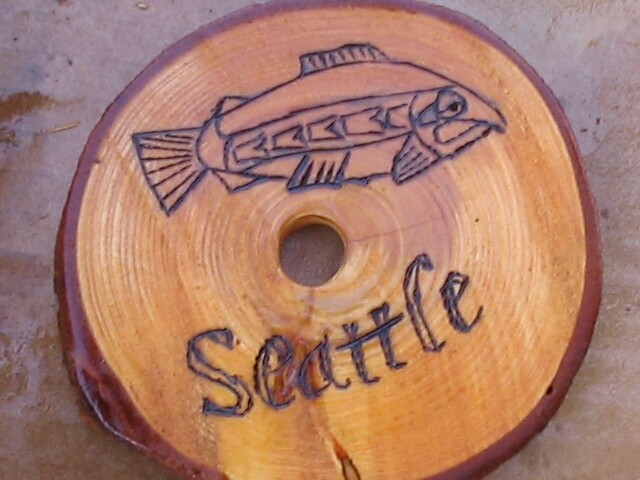 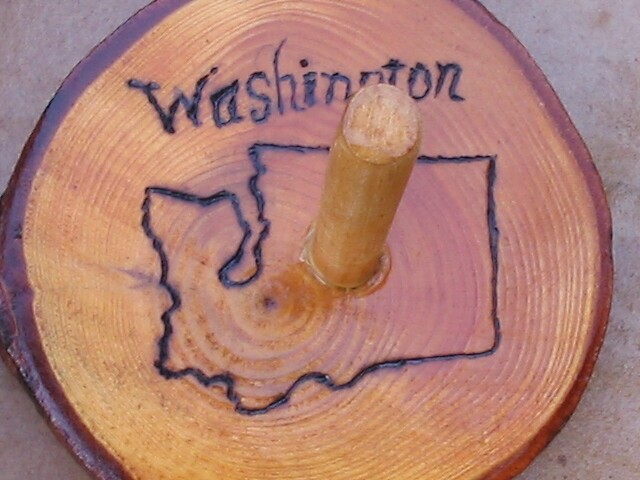 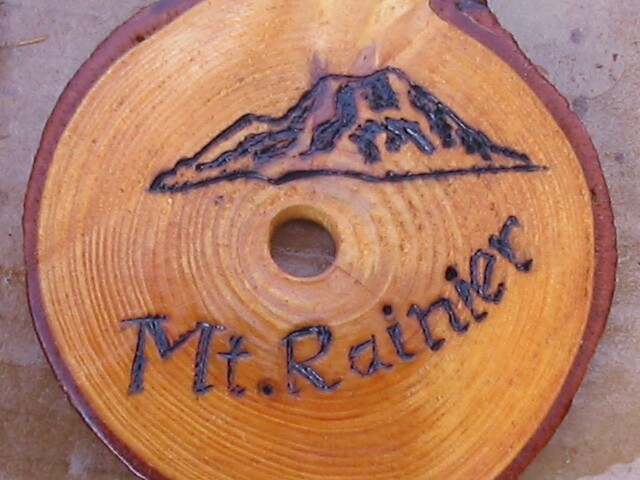 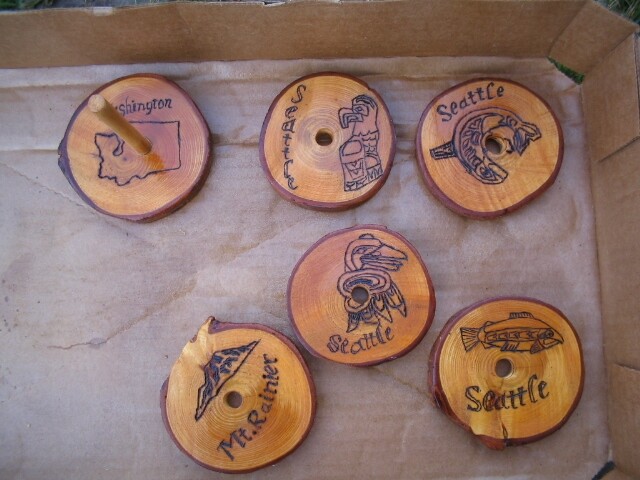 Here are some of the fridge magnets made from smaller limbs. 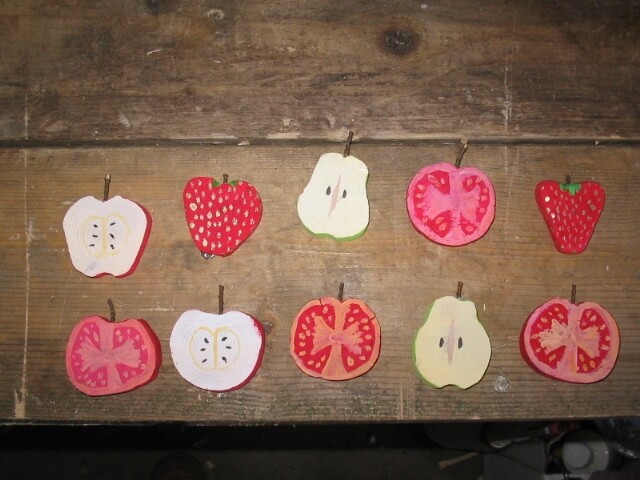 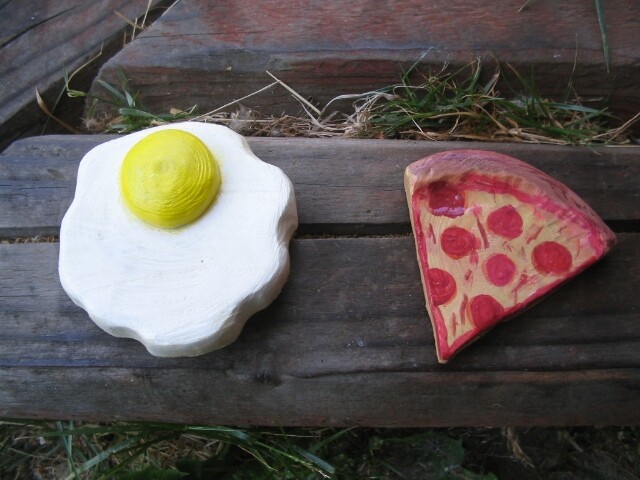 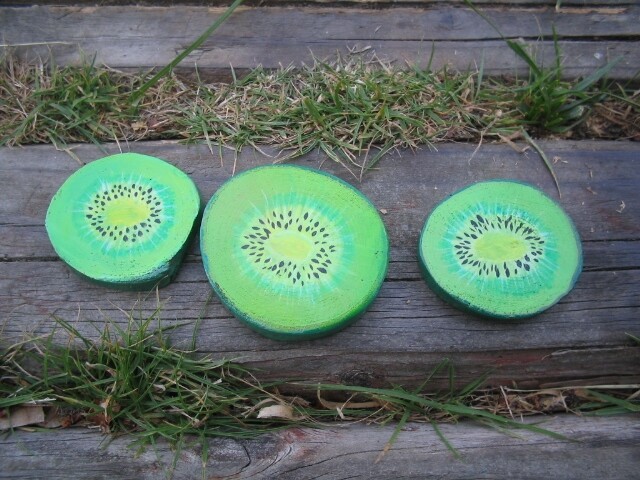 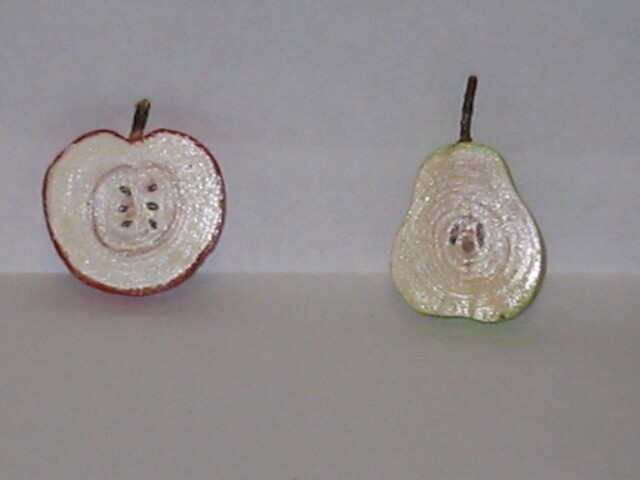 While my son was away at Georgia tech and he is a cooker like me and his grandfather I made him some kitchen utensils. 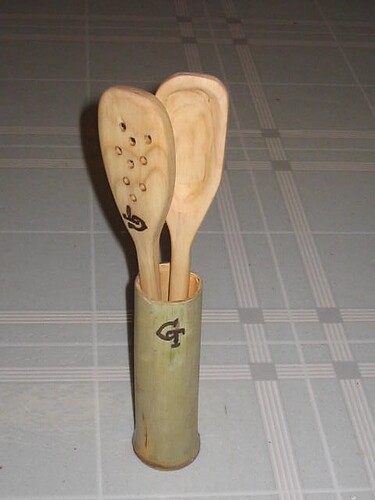 This is one of the things my Dad did a long time ago. It is made just like if you made a real one from wood. He laid a keel, formed the ribs and then over laid the hull, deck and built the wheel house. This is what a traditional Louisiana shrimp boat looks like. 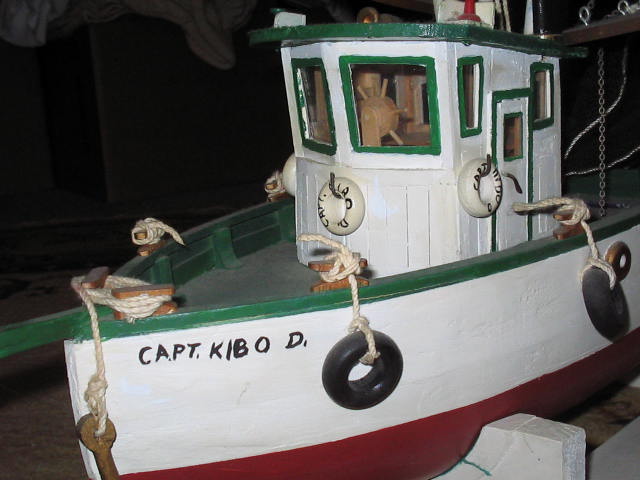 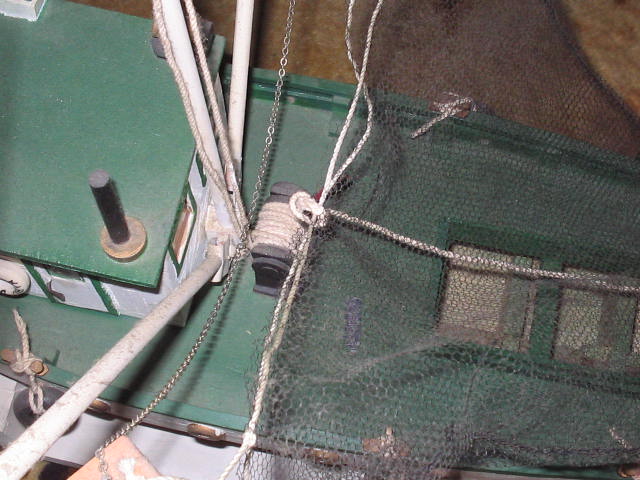 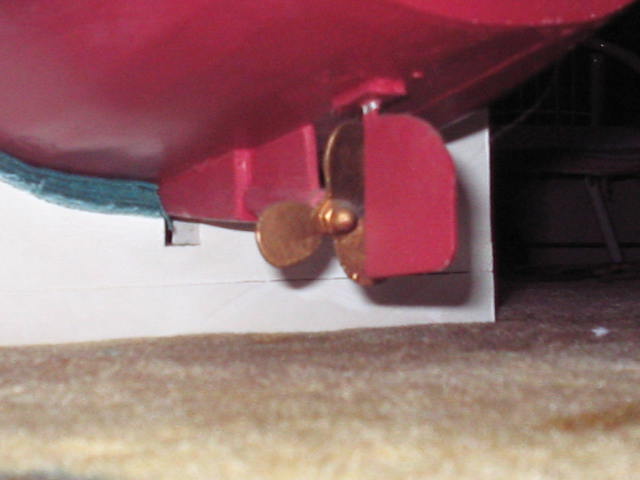 In his footsteps I made a carpet boat for my son. I love sail boats. 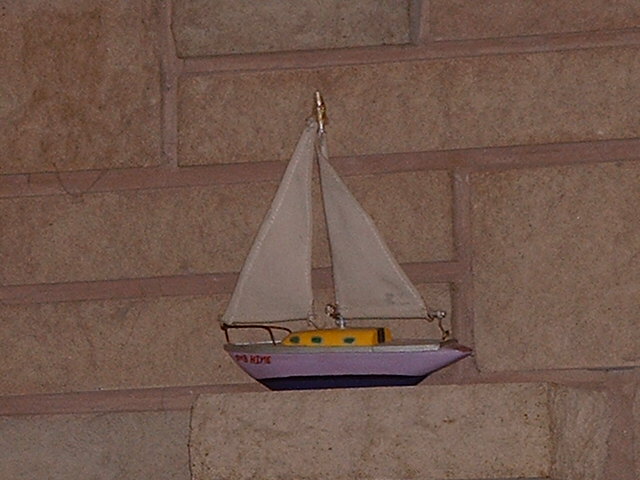 Thank you for sharing these wonderfully made items. I must say that a man, and one at your age that crochets baby blankets is a little unusual. I would love to see what you made. Rons dad was a owner of a Realty Co but in his spare time raised race horses and loved woodworking. Men dont do these creative things anymore. Its almost like a dumbing down of the male species. Its wrong and sad that men aren’t men today.

Okay I will dig up some of the crochet and blankets. 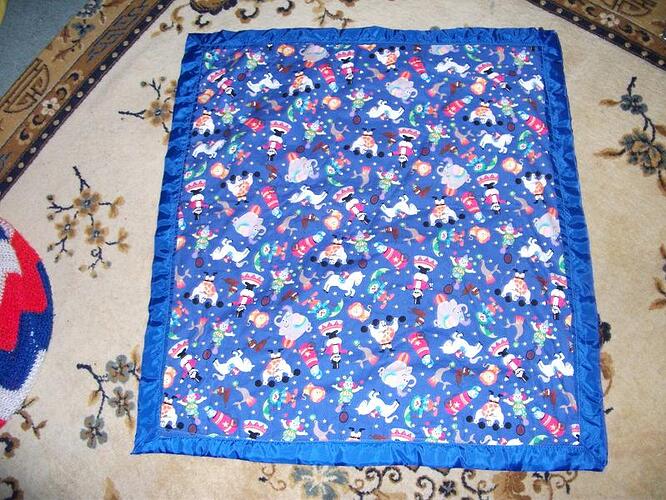 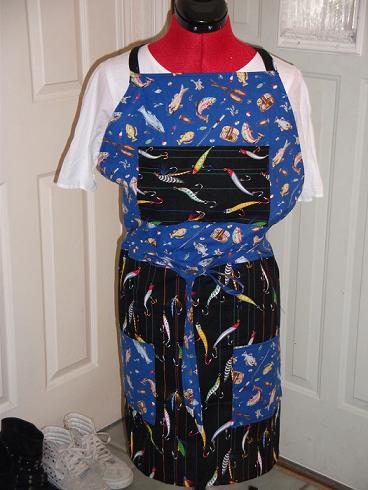 This is a grilling apron made for the husband of a co worker who often shared his catches from his fishing trips off Vancouver Island. He gave me loads of salmon and halibut so I owed him and he likes to grill. Notice the fishing theme. 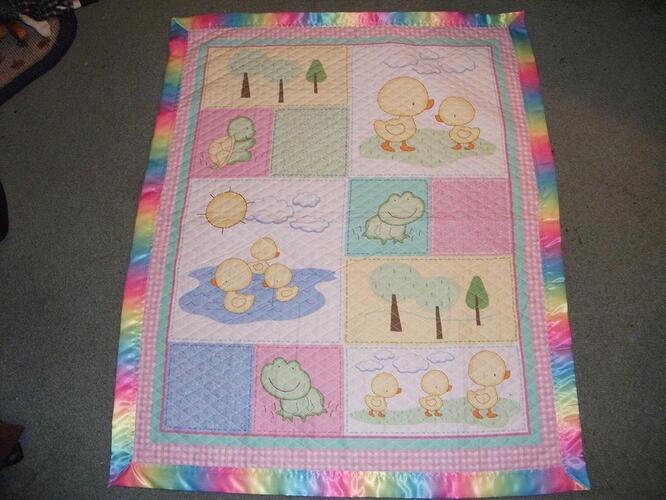 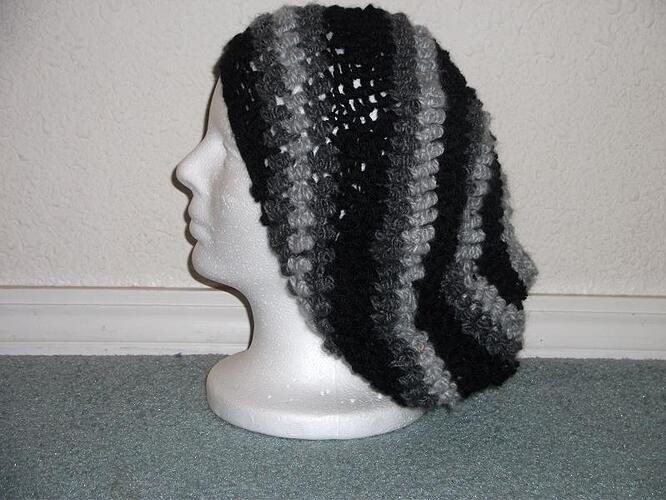 DSCF0326800×600 70.4 KB
This one is called a slouch hat. Being in a cooler part of the country I made one in black for my daughter and one in purple for my wife. I can show those in another post. 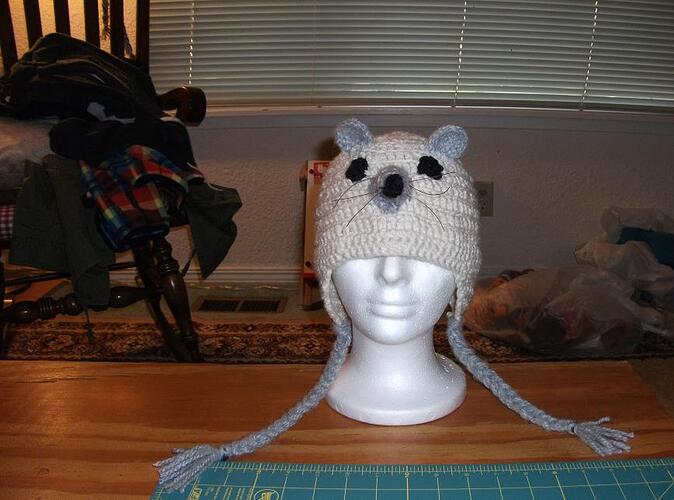 Here are some other things. 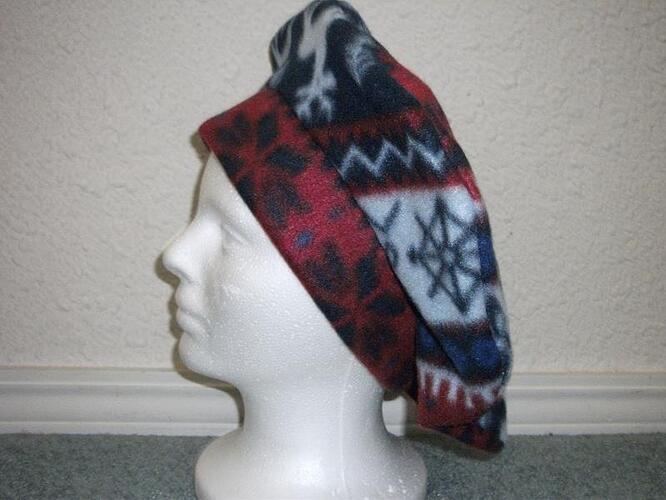 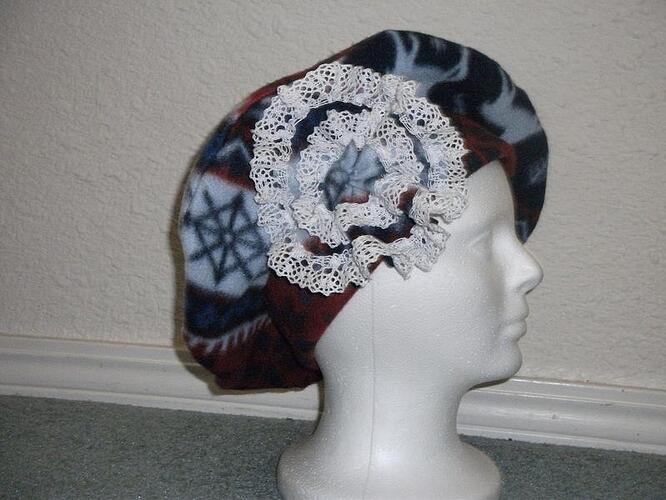 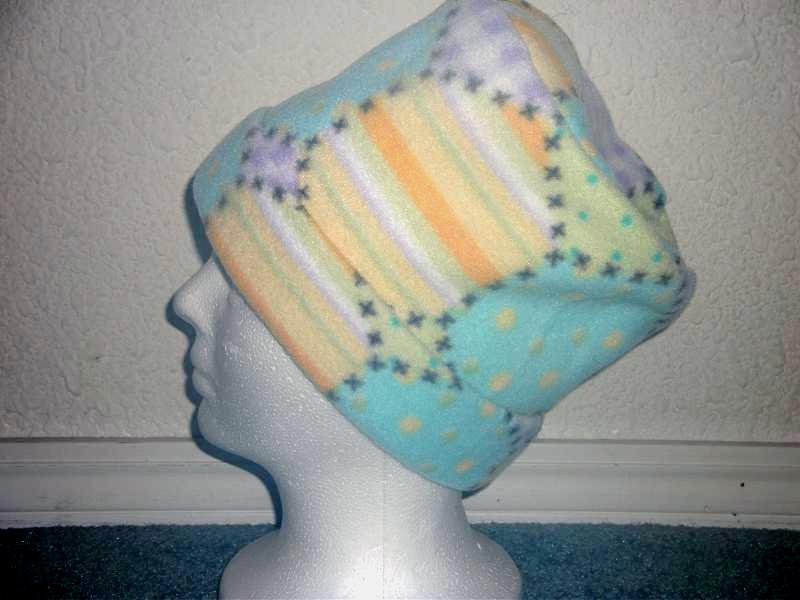 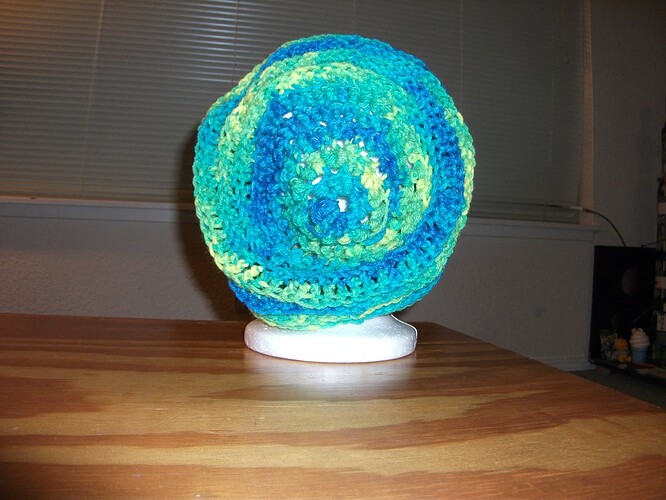 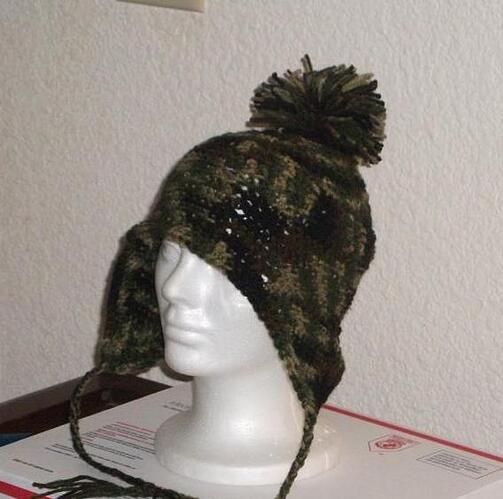 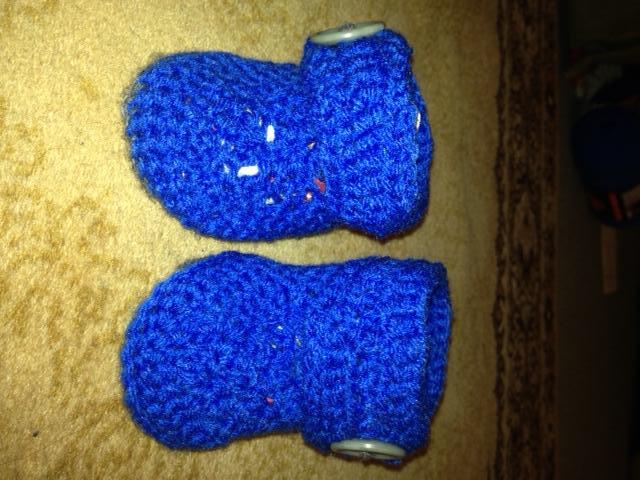 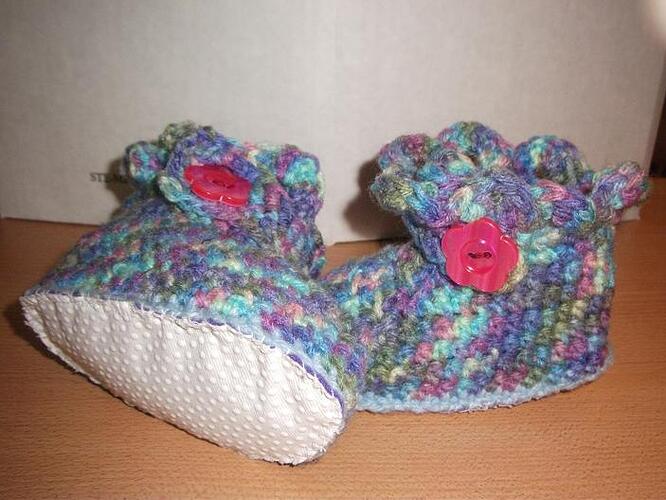 So the first one is booties I made for my wife’s Japanese neighbor’s daughter and not the non skid bottoms she asked me to put on them. That took work. The second one when to a lady I know who had a baby boy. 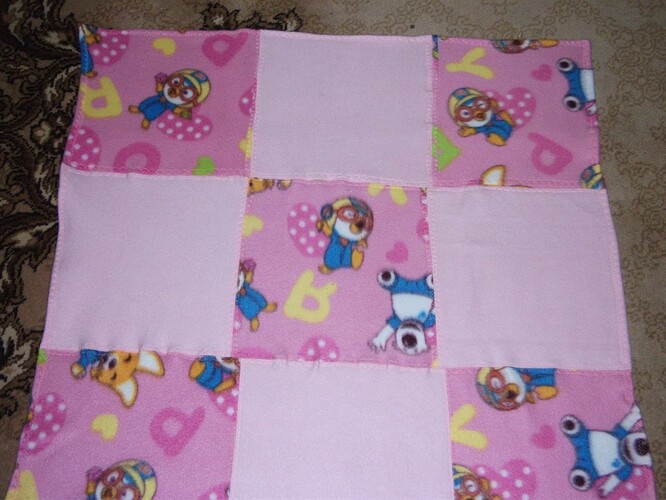 I am glad your son has done so excellently.
I can imagine you are more proud than anyone on the planet right now.

AMAZING. I would have loved a chemo cap like those. The booties and blankets; wow! Does your family know what a treasure you are?? I am sure they do.

Oh yeah they abuse me often with request to make things for them to give as gifts.

Now I hope your realize @Flamingogirl49563 that what I am capable of doing was passed down to me from both my parents. Wood working from my Dad and crocheting and sewing from my Mom along with a host of other skills and abilities. I often wonder why God blessed me with my family and all the things I can do, but He has and it blesses others as well so I can’t complain.

Me too, my brother. Glad God loves us.

Great work! Definitely incorporated the skills from both parents.

Ditto … my son has numerous past school buddies that are in jail or in the local news for let’s just say “ bad choices “.

Those are all really neat!

My new idea now is to make wooden crypto coins with old limbs similar to the idea of making fridge magnets and coasters.