Yes I said I was reading through Matthew chapter 2.

This whole chapter of course covers all the important events from the arrival of the Magi, who were prompted to do so when they “saw his star when it rose”, all the way through to how Jesus would then end up being referred to as “a Nazarene”, as foretold through the prophets.

I was merely drawing attention to aspects of this chapter, which I had not considered before.

Hello ChristBringsASwor
What you say. Is there scripture to back up what you are saying? Pastor JD says to look at everything through the lens of the Bible.

Such Great hope in the Rapture of the Church of Jesus Christ. great post., Thank you

yeah. I wasn’t even telling him to get the vaccine, I’m not getting the pfizer one too. But the reason I’m not is not out of some fear that it’ll change my DNA. I did my research, for me it’s just because it’s a relatively untested methodology that has higher risks of allergic reactions and I have history of food allergy.

what you are doing is “accepting” an entire book…that is NOT quoted in scripture as scripture.

This is not a fact. This only serve to express your opinion, a simple opinion, a biased opinion, as it serves to support your pre-stated conviction, your not backed by God (until He himself demonstrates the contrary in His Court Of Law) opinion, and last but not least, your just human opinion.

I´m not either accepting nor rejecting the “entire” book. You should avoid putting words in the mouth of others as a principle to sane discussion. What I stated is that If you accept that The word of God, THE BIBLE, IS The Word Of God and hence IS INSPIRED by the HOLY SPIRIT, we have in the Bible Nothing more and Nothing Less that THE HOLY SPIRIT QUOTING THE BOOK OF ENOCH. And that This has HUGE IMPLICATIONS. HUGE enough for a simple mortal like YOU, to olimpically dismiss that fact, simply because in this opportunity It works (you falsely believe) for your opinion. No. You are (and anyone of us) NOT absolutely anyone to dismiss the words of the Holy Spirit.

That was the truth of all I said regarding you bluntly dismissing God´s Words.

You make absolutely no sense. Go watch the videos. 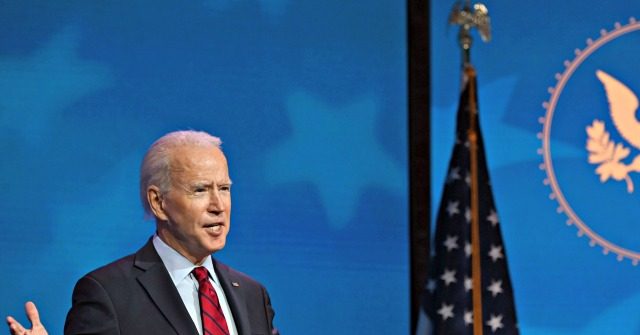 The electoral college voted in all 50 states and the District of Columbia to make Joe Biden formally president-elect of the United States.

Get READY for President Kamala Harris next year, and ROUGH RIDE for USA believers.

I have, and I’ve also researched the current slate of vaccines and none of them can alter DNA, and I’ve also read the bible and no, apostasia is NOT the rapture, because Paul is giving conditional statements.

Hello again, Pastor JD & Co.
Thank you for this amazing Prophecy update. I have shared it - again - on my Facebook page & I pray that GOD uses it to build His kingdom and save many souls. I was wondering whether you would be willing to consider to make the “Mastersway” mailouts, available to your overseas online church members? I am willing to pay the postage to my overseas addresses. I have people in Australia and South Africa, to which I would love to get these sent out, if possible. I understand that expanding the reach of these mailouts will complicate things, so please do not feel pressured.
Thank you again, and hope to see ye’all in the air, or in heaven, soon.
Maranatha.

So they say, it’s not like we’ve never been lied to before. And even they don’t know the long term effects of this vaccine.

Oh believe me, there’s a lot of other bad side effects from this vaccine. They’re all going to be immunologically related though, not DNA altering.
The latest is people developing acute Bell’s Palsy from the vaccine. That’s inflammation (an immune response) of the nerves in the face, likely an autoimmune reaction.
I’ve said before that the main thing that’s wrong with this vaccine is that it causes your own cells to express a viral protein, making your own cells a target for your immune system to react to.
It’s going to cause problems with inflammation, autoimmunity, allergies, and fevers.
It’s shoddy immunology and hasn’t been effectively tested.

I disagree with that interpretation of the restrainer. I know it’s what you’ve been taught but because of the context in 2 Thessalonians 2 making the rapture be conditional on other events, when you make the rapture one of those conditions itself, the passage stops making sense.
as I’ve said before, it’s like saying we’re going on a trip to hawaii, but our plane can’t leave to take us until it pulls up to the gate, but it can’t pull up to the gate until it arrives at our current airport.
The way you interpret it, we’re going on a trip to hawaii, but our plane can’t take off with us in it, until we arrive in Hawaii.
My interpretation of who the restrainer is? The Archangel Michael.
Why? Well, Michael is shown to be important in 2 end times prophecies basically at the beginning of the times of troubles. The first is Daniel 12:1. Here we’re told that it’s Michael that is in charge of defending Israel, and Michael stands up, and after Michael stands up, a time of trouble. Funny that. Michael stands up (taken out of the way), and then a time of trouble kicks off. Second witness, Revelation 12:7-17, where Michael goes to war in heaven against Satan and casts Satan down. Satan finds himself defeated and on earth, and knows his time is short, and that Michael is no longer protecting Israel, so Satan goes after Israel, when God protects Israel, Satan goes after Christians, the “remnant of her seed, which keep the commandments of God, and the testimony of Jesus Christ.”
So in both places, Michael is taken out of the way, and then trouble begins.

actually you’re the one contradicting.
Paul gave that the rapture cannot happen until other things happen first. The Apostasy, and the Abomination of Desolation. I know you like to look at 2 Thessalonians 2:1 as being “oh that’s the second coming, not the rapture” but the fact that it mentions gathering to Him, and this letter is in response to 1 Thessalonians, to clear things up about that letter, where He talked about the rapture in the first place… context context context. Paul IS talking about the rapture, Paul equated the rapture with a coming of the Lord, and the day of the Lord. He said that can’t happen until 2 other conditions are met.
Pre wrath lines it all up. You have those 2 conditions met, THEN the rapture becomes imminent, and as soon as the rapture happens with Jesus appearing in the sky (why people believe in a “secret” rapture is beyond me, 1 Thessalonians 4 describes quite a noisy event), the wrath of God (the day of the Lord) begins. Revelation 6:17 Everything that happens before that, is not the wrath of God.

I enjoy Pastor Farag’s messages about the current events and how they lead to prophecy being fulfilled, but I disagree with his rapture positioning.

Rev 6:8 And I looked, and behold a pale horse: and his name that sat on him was Death, and Hell followed with him. And power was given unto them over the fourth part of the earth, to kill with sword, and with hunger, and with death, and with the beasts of the earth.

One Fourth of human population is killed in Rev 6:8. This is TWO BILLION persons. If this is not Tribulation, I don´t know what this is.

Mat 24:15 When ye therefore shall see the abomination of desolation, spoken of by Daniel the prophet, stand in the holy place, (whoso readeth, let him understand: Then let them which be in Judaea flee into the mountains

Dan 9:27 And he shall confirm the covenant with many for one week: and in the midst of the week he shall cause the sacrifice and the oblation to cease, and for the overspreading of abominations he shall make it desolate, even until the consummation, and that determined shall be poured upon the desolate.

That This Event (The Abomination of Desolation) happens 3 and a half years into the last 7 years. (There you have the common understanding that The Tribulation is 7 years)

Hence: The Tribulation starts way before The Abomination of Desolation. (which happens in the midst of the week).

Conclusion: We are Raptured Before The Tribulation starts. Before the Last Seven Years.

You have an incorrect definition of what the tribulations and what the wrath of God are.

This is pure arrogance.

I can understand you have your own understanding but you are ABSOLUTELY NOBODY to make such a statement.

Have a blessed day.