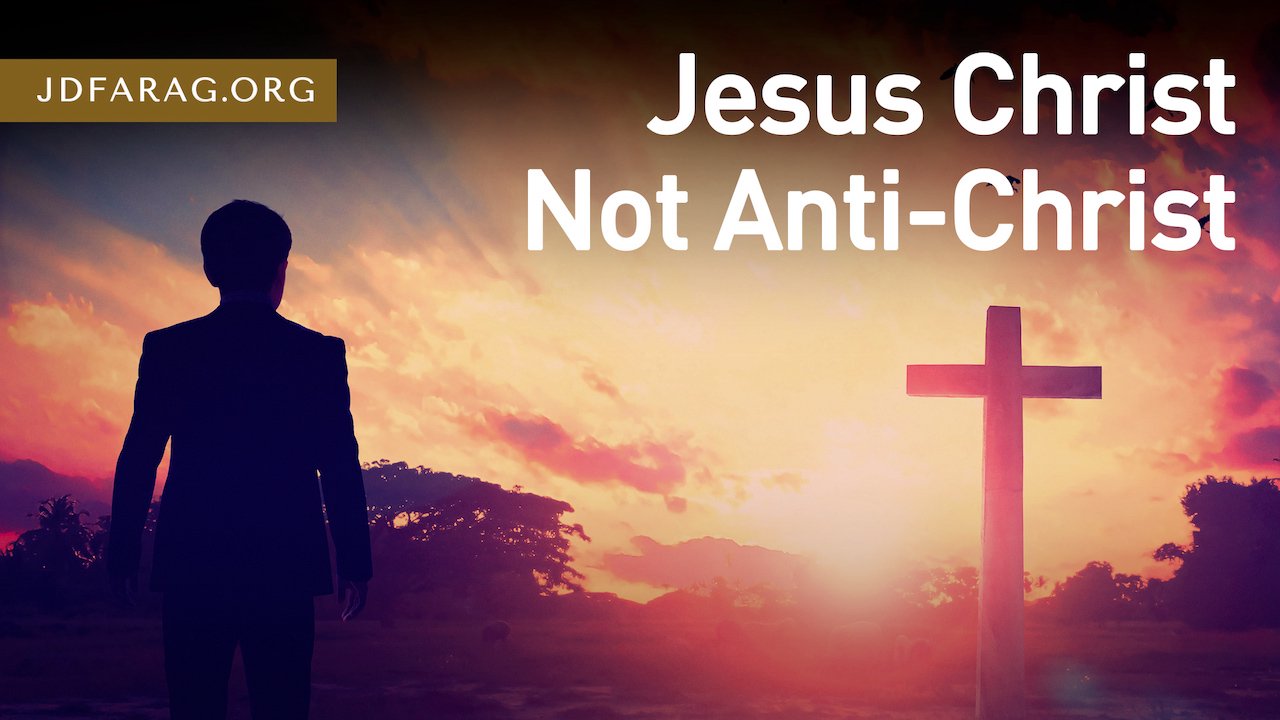 Pastor JD explains why the anti-Christ cannot be revealed until the church of Jesus Christ is raptured, which is imminent by virtue of how the anti-Christ is even now at the ready, behind the scenes. 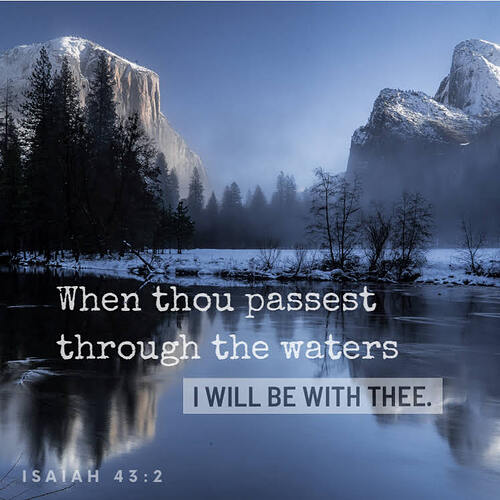 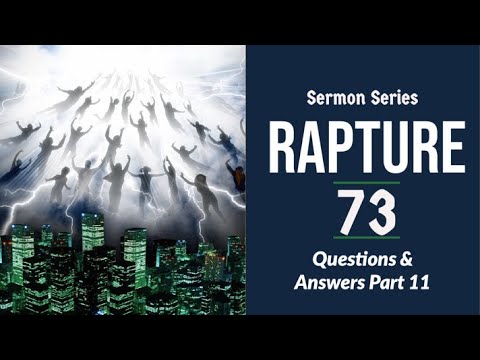 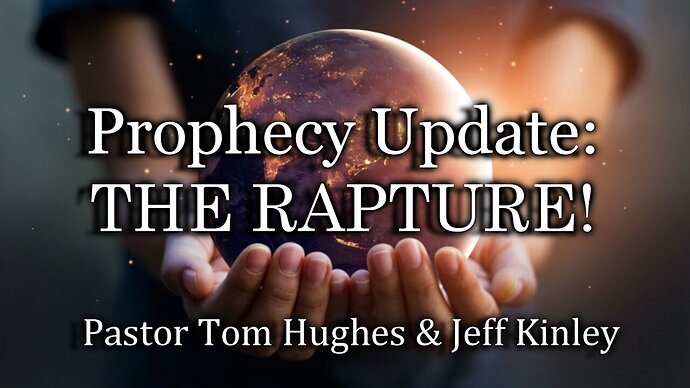 Is This Why America's Leaders Seem Childish? :: By Daymond Duck

Significant proof of advanced end-times prophetic progression recently leaped to the forefront of communications coming from some within the Roman Catholic Church. I have mentioned before that I re…

There are a lot of misconceptions and myths about Pfizer. The first is that it created a covid-19 jab. It didn’t. The only thing Pfizer has created is a money

Not Just A Conspiracy Theory After All – Swedish Company Develop Implant For... 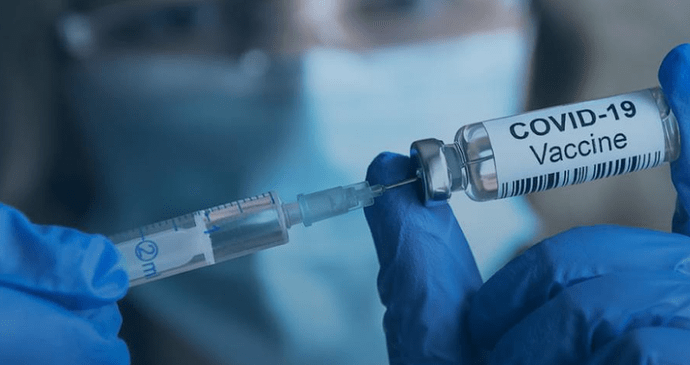 15 Reasons to Not Take the COVID Jab – Vaccines and Christianity

Is This The Smoking Gun We Have Long Been Warned Of?

You have got to see these charts.

I actually feel bad that this person is so deluded. This is another classic case of Romans 1. Given over

FIARSTIKX aka Rob,
Forgive me…when you said, this person who are you referring to?

Vicki -The person in the Video I linked to.

Even worse though are the laughing adults who are exposing their children to this aberration with such obvious approval. 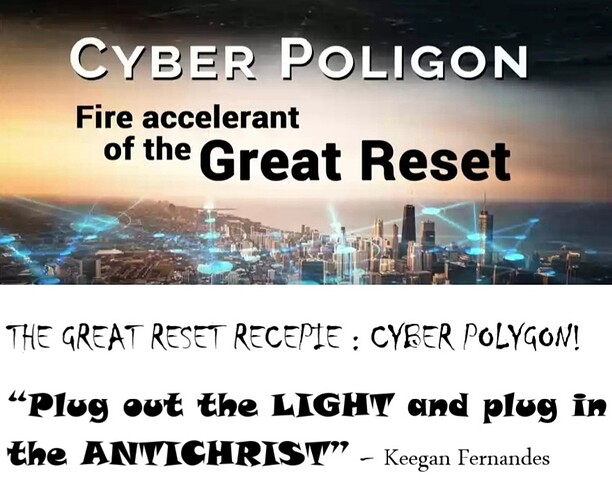 Programmed crash of the banking and financial system New digital economic systems, run by the central banks, are to be implemented according to the World Economic Forum (WEF) to control the masses of unemployed. These digital monopolies are allowed to “cut off” any person’s money and access to services if they do not comply with certain laws and regulations. In order to implement this radical system, also called “stakeholder capitalism”, the current system must first collapse. This overthrow, which would mean the complete transfer of wealth from the bottom to the top, must be presented to the people as good and necessary. Crises that make everyone panic – a war, a pandemic or a crash – are best suited for this. That is exactly what is being simulated at the moment. A cyber-attack simulated under the name Cyber Polygon allows faceless hackers to be blamed for the economic collapse. 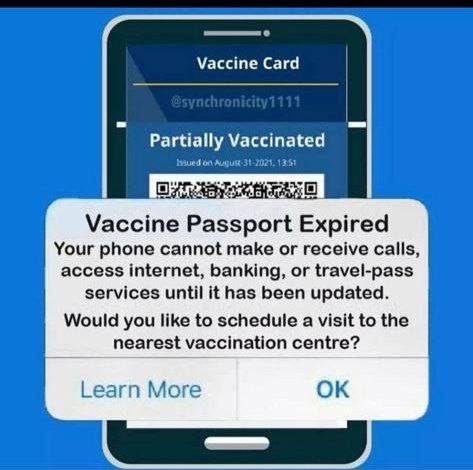 THE GREATEST RESET (JB HIXSON)
"By now you likely are familiar with The Great Reset being thrust upon the world by Klaus Schwab, Bill Gates, the World Economic Forum, and a host of other Luciferian elites. If you are not, I encourage you to watch the series What In the World Is Going On? in which I expose the Satanic, globalist agenda that is rapidly unfolding before our very eyes. The Great Reset is the phrase these globocrats use to describe their evil scheme, according to which they plan to kill billions of human beings and control every aspect of the ones who survive.

One leading Luciferian, David Rockefeller, who died in 2017 before this one-world objective was fully rolled out, put it this way in an address before the globalist think tank, the Trilateral Commission, “The supranational sovereignty of an intellectual elite and world bankers is surely preferable to the national auto determination practiced in past centuries.” In other words, nation-states are a thing of the past. What we really need is a one-world government.

Another member of this Luciferian cabal, James Paul Warburg, who hails from a long line of global elites, declared, “We shall have world government whether you like it or not, by conquest or consent.” Zbigniew Brzezinski, who died the same year his co-conspirator David Rockefeller did, 2017, arrogantly proclaimed not long before his death, “Today it is infinitely easier to kill one million people than to control one million people.” Declarations like these are pervasive within the writings and speeches of these malevolent oligarchs.

As horrifying as these statements are, it is nevertheless a thrilling time to be alive. Why? Because we are witnessing like never before the setting of the stage for the climactic conclusion of God’s plan of the ages. What once was a secretive plan known only to the elites themselves, and a handful of relentless investigators, is now out in the open. The Luciferian conspiracy is no longer an assertion of a few well-informed researchers; it is a brazen blueprint for a new world order outlined in books, summits, and the evening news.

The war between Satan and God that has raged for six thousand years is heating up and racing toward the final battle, Armageddon. Along with his demons and earthly accomplices, Satan is pulling out all the stops as he seeks to take control of the earth and usher in the one-world political, economic, and religious system prophesied in Scripture.

Meanwhile, God, the Creator of the universe, is not the least bit impressed. All of this is clearly predicted in His self-revelation to mankind, the Bible. God laughs at the notion that somehow these Satanists will be able to overthrow His sovereign plan. “He who sits in the heavens shall laugh; the Lord shall hold them in derision. Then He shall speak to them in His wrath, and distress them in His deep displeasure: ‘Yet I have set My King On My holy hill of Zion’” (Psalm 2:4–6).

When you find yourself anxious about the Great Satanic Reset that is advancing at warp speed, let me encourage you to stop and contemplate the greatest reset that is yet to come. After the rapture; after the 7-year tribulation; after the battle of Armageddon; the King of Kings, Jesus Christ, will return to inaugurate the long-awaited Kingdom of peace, righteousness, and justice. The true King will take the throne in God’s holy hill, Mount Zion.

When He returns, Christ will make all things new. This will be a reset like no other as the world comes full circle back to the pre-fall, Edenic state in the Garden. All the injustices and inequities of life will be made right. Satan and his fellow conspirators on earth will be “broken with a rod of iron” and “dashed to pieces like a potter’s vessel” (Psalm 2:9).

The best thing about the Greatest Reset? It will be a permanent one! Daniel the prophet reminds us, “Then to Him was given dominion and glory and a kingdom, that all peoples, nations, and languages should serve Him. His dominion is an everlasting dominion, which shall not pass away, and His kingdom the one which shall not be destroyed” (Daniel 7:13–14). What a day that will be!" 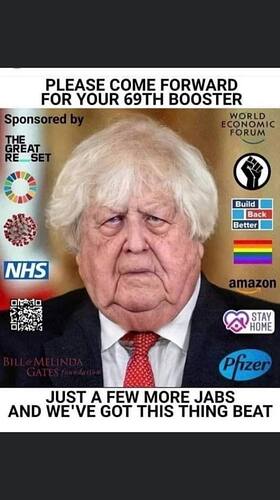 1 Thessalonians 4:15-17
15 For this we say unto you by the word of the Lord, that we which are alive and remain unto the coming of the Lord shall not prevent them which are asleep.
16 For the Lord himself shall descend from heaven with a shout, with the voice of the archangel, and with the trump of God: and the dead in Christ shall rise first:
17 Then we which are alive and remain shall be caught up together with them in the clouds, to meet the Lord in the air: and so shall we ever be with the Lord.

The Bible speaks to the times that we are living in today! I don’t own a crystal ball to tell you the exact day of the rapture but the Bible is crystal clear on the convergence of end time signs that will find their fullfillment during the 7 year tribulation, and if we can see the foreshadowing of those signs right now then look up and lift up your heads for our redemption draweth nigh!

Luke 21:28
And when these things begin to come to pass, then look up, and lift up your heads; for your redemption draweth nigh. 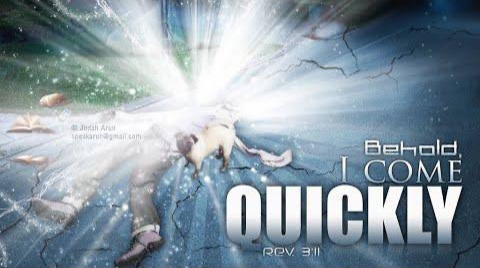 SURELY IT’S TIME FOR OUR LORD TO INTERVENE!:
https://www.rapturecountdown.com/surely-its-time-for-our-lord-to-intervene/ 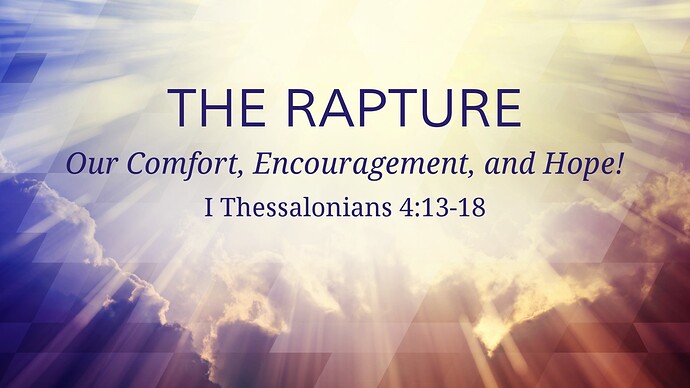 We are on the cusp of the Rapture!

God bless you
Bro
Keegan
Watchman in the wilderness

Today a friend told me to think about saying Yeshua instead of Jesus. That Jesus may not be his real name? I’ve heard it said both ways is one wrong? Thanks.

They are the same name. Jeshua/Joshua is Jewish, and Jesus is a form of His Latin name. One is not more correct than the other.

In Times of Distress Who Can You Turn to for Comfort? - Created4Health

In a recent article I wrote about the need for those of us who know the truth to "stand firm" against the forces of evil, and tell other people the good news that the end will come when Jesus restores everything, defeating Satan and handing the...

Today a friend told me to think about saying Yeshua instead of Jesus. That Jesus may not be his real name?

that sounds like the “Hebrew Roots Movment”. They believe it is wrong to call Christ Jesus and He should only be called by His Jewish name. The movement is a false teaching, they also teach we have to observe jewish law and feasts. It’s the same garbage Paul spoke against in the early church.

One is not more correct than the other.

At about 19:56 in Pastor Farag’s message, he quotes from a message given by Prince Charles at COP26 on 11/1/21. Pastor Farag quotes PC thusly:

“With trillions at his disposal – far beyond global G.D.P. and, with the greatest respect, beyond even the governments of the world’s leaders – it offers the only real prospect of achieving fundamental economic transition.”

except that Pastor Farag quotes PC as using the pronoun “his” where the official quote uses “its”.

Then Pastor Farag mentions “there’s going to be dividing into ten sectors…” The sectors aren’t countries or regions, but…

“Together, we are working to drive trillions of dollars in support of transition across ten of the most emitting and polluting industries. They include energy, agriculture, transportation, health systems and fashion.”

Both of these quotes are critically different than Pastor Farag’s citations. Has the “official” version of the speech been laundered? Where did Pastor Farag find the quotes he cited?

Is anyone having trouble getting the video to play? It seems to freeze right at the beginning. I’ve tried resetting things on my end and it doesn’t seem to help. Perhaps technical support can look at this when they get moving this morning on Hawaii time. Thanks

I believe Pastor JD referred to 10 “sectors” which would be appro?

Except that Pastor JD implied government sectors, not business sectors. But as I say, I’m wondering if the official site has laundered the text to make it less alarming. Maybe the source that Pastor JD cited has it more accurately. Or, less?

And, that still wouldn’t explain the “pronoun trouble”.

I’ve listened to the video of the speech many times and there’s no doubting Price Charles said “his”. 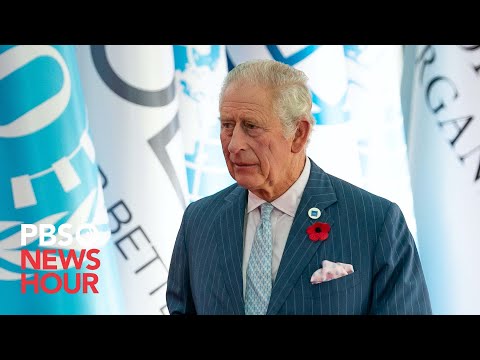 the official quote uses “ its ”.

I believe “they” are covering up, after the fact. Who can really say what the official quote is? If you listen to Charles’s words, you will hear the unmistakeable “his”. It doesn’t even sound like it could rhyme with “its”….which would sound like “hits”…. No, it is definitely “his”.