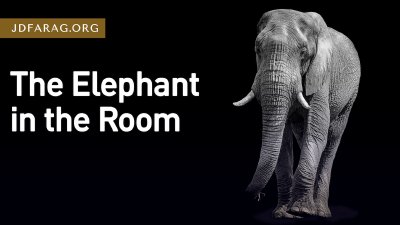 talks about “the elephant in the room” concerning the seriousness and the swiftness with which Bible prophecy is unfolding.

I look forward each week to Jd’s updates and also bible study - and I was very sorry to hear him pick on one particular politician today. The current administration would seem to be one that would fit the Elephant in the room SO MUCH BETTER …… for so many reasons - Lord give us wisdom to seek your will in our lives and we pray for Your Return - Jesus strength us and help us to witness to anyone you put in our path MARANATHA 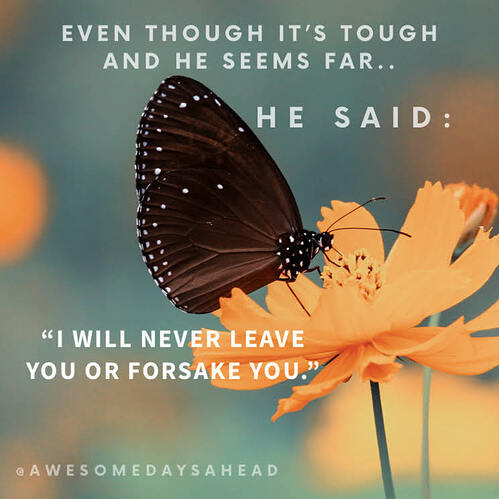 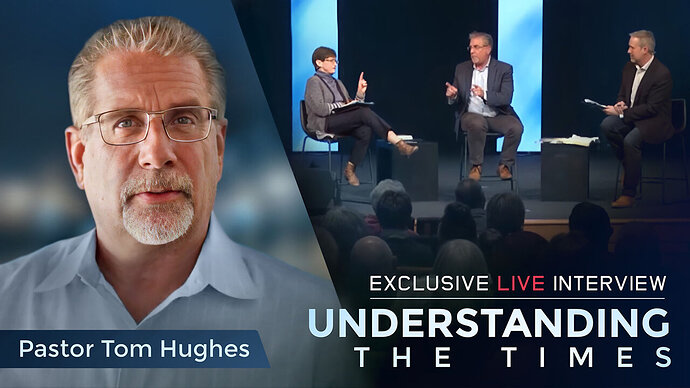 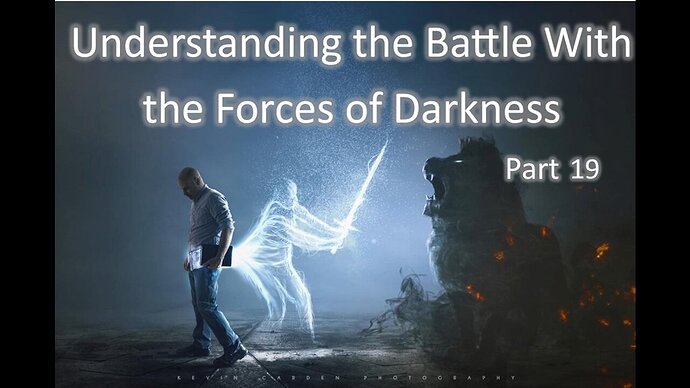 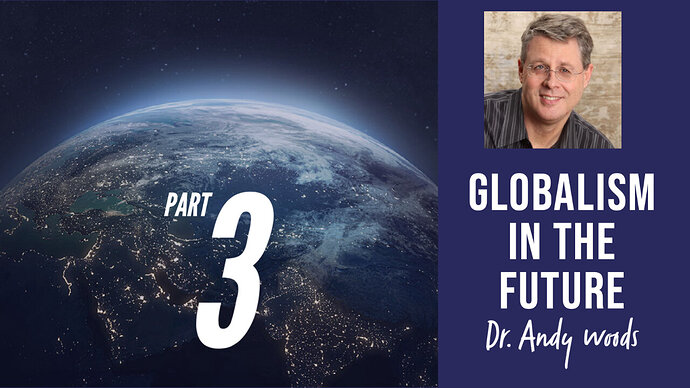 Globalism in the Future. Part 3 of 3 "Globalism Past Present, and Future."... 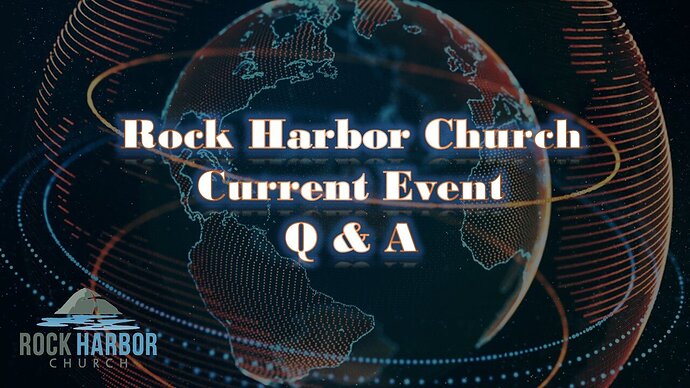 The Destruction of the U.S. From Within :: By Daymond Duck

In late Jan. 2022, the Pres. of El Salvador, Nayib Bukele, read that a Rite Aid Store in New York City will soon close because of shoplifting. 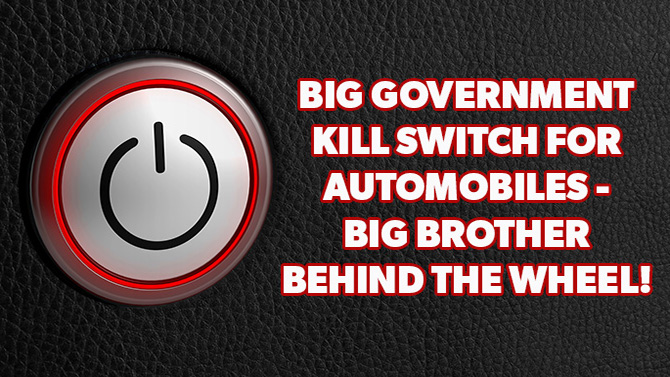 The Government’s New Love for a Kill Switch - Rapture Forums

The Government’s New Love for a Kill Switch By Todd Strandberg When Congress passed the Biden Administration’s Infrastructure Investment and Jobs Act, few people knew that the government insisted on a new requirement for automakers. Tucked into the... 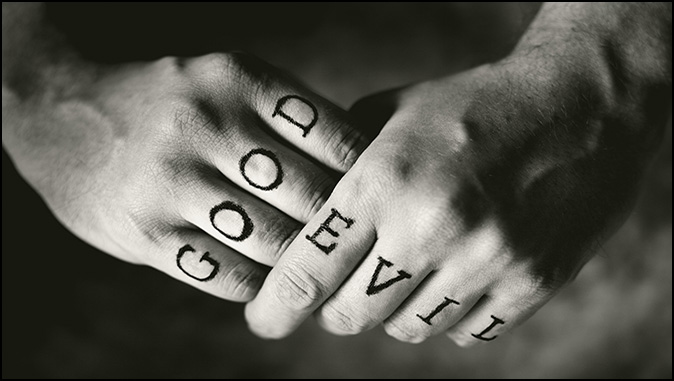 Sadly, there are few observers who care to gauge the evil, the wickedness we face as a world while things are sucked into the gravity of the increasingly evil times.

Back to Babylon :: By Charles Gray Adams Jr.

In the beginning, God created…. When finished, He called His creation very good (Gen 1:31, KJV). Seemingly, the center of God's creation was the

Pope Francis and the Vatican Please Note: This article is blunt and may be offensive to those who have no love of the truth: so be it. This is not 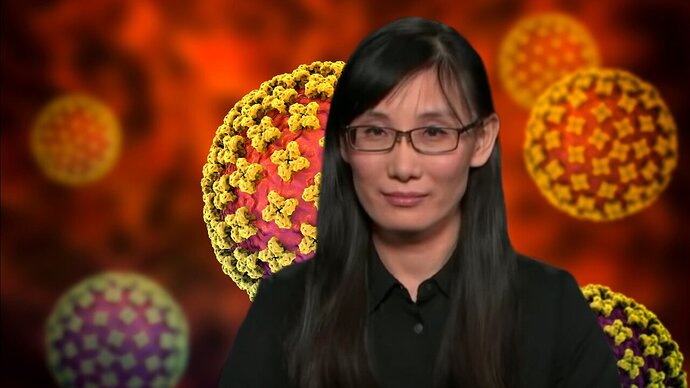 Sponsor: https://zstacklife.com/freedom After doing over 350 interviews in my career, I rarely get shaken by a guest. That rare event occurred today when I interviewed Dr. Li-Meng Yan. She told me thi

In Search of Monsters to Destroy: The Manufacturing of a Cold War

“She [the United States] has seen that probably for centuries to come, contests of inveterate power, and emerging right [will persist]…But she goes not abroad, in search of monsters to destroy…She well knows that by once enlisting under other banners...

I am not sure I understood the POINT of today’s Prophecy Update. I listened but I don’t understand what J.D. was trying to say. Was he just saying that Trump isn’t all that good and we should watch out for him or what? I am Canadian so maybe I am missing something.

I am so grateful for Pastor JD’s talking about the Big elephant in the room. I was so easily convinced, thinking the best of two … Everything Pastor JD said rang true to my heart. Thanks.

What I got out of today’s update:

To me personally…A certain prayer was clearly answered.

I thot he’s talking abt the animal elephant…

I’m glad I’m not the only one who was somewhat confused by the message today. It’s been clear that red or blue, they are all in on this. I guess I wasn’t aware that there are still some Christians that are gung ho for Trump. But I was confused as it came across that he was saying those who voted for Trump lacked discernment?

@FormerUser thanks for your take, it does make more sense now.

Whether or not that is what he was trying to say, I don’t know.
I do like and understand what you have said and I fully agree. First of all, politicians are not Pastors and we shouldn’t expect them to act like they are. Secondly, we can’t trust any man - even if they claim to be Christian. There are many wolves in Sheep’s clothing.

Perhaps J.D.'s message was meant for those that might be ‘Q’ supporters or those in the NAR movement that are still looking to Trump to be their Saviour.

Jesus is the only one that saves people and a nation and I don’t see the U.S. playing a big role in end time prophecy.
Thanks for your reply.

My understanding is that many believed Trump to be the “savior” of America. Coming after Obama’s presidency, America was divided in a way it had not seemingly experienced before; is was thought Trump would “heal” the nation and “make us great again.” Christians here in the USA were ready to cut your head off if you disagreed with Trump, on any issue. Those who do not know Scripture, or follow the Middle East outside mainstream news media, would suppose the moving of the Embassy back to Jerusalem was the pinnacle of Trump’s love for God and Israel and the Abram Accord was the ice cream on the cake. Yet Trump never professed to be a born-again Christian; he relied on all his evangelical powerful friends to convince America that he was, indeed, a Christian. He told wonderful stories about his parents. He connected with Americans in a way other politicians had not done before. Yet, I was wary of him. I didn’t adore him. In fact, when he was at a Rally in NC prior to the 2nd term election, he made a statement about how popular he was - and actually brought Jesus into that remark, then sort of half-laughing, ended with, “no, Jesus is more popular, I know.” That pretty much sealed the deal for me. I knew then he really didn’t have an understanding of who Jesus is, and he didn’t have a personal relationship with him. People can be deceived so easily if someone mentions the name of Jesus and are pro-life. Yet, he was a liar about what he believed as far as economics. He knew over-spending would lead to inflation, rising mortgage rates, etc. Those things people just didn’t get about him and wouldn’t hear (still today) that he was actually a part of the pieces that are forming towards the coming Tribulation. Hope that makes some sense…!

Thanks for letting me know I wasn’t alone in my confusion. Thought maybe I didn’t listen correctly or that Old Age was taking more than I thought. Hee Hee.

3 Do not put your trust in princes,
Nor in a son of man, in whom there is no help.
4 His spirit departs, he returns to his earth;
In that very day his plans perish.

5 Happy is he who has the God of Jacob for his help,
Whose hope is in the Lord his God,
6 Who made heaven and earth,
The sea, and all that is in them;
Who keeps truth forever,
7 Who executes justice for the oppressed,
Who gives food to the hungry.
The Lord gives freedom to the prisoners.

"A word fitly spoken is like apples of gold in pictures of silver. "
Proverbs 25:11

The verse you shared in Psalms…Beautiful Word!

A little disappointed that he took a shot at politics. But I guess he has a right to his opinions.

It’s a figure of speech. Metaphorically.

As Christians, we are supposed to vote. I voted for President Trump for these reasons: 1) No way would I vote for a Liberal Democrat, 2) Trump is pro-life, 3) he loves Israel and promised he would move US Embassy to Jerusalem, and he kept his word, 4) brought respect to the USA from other countries, which we had lost thanks to Obama, 5) built back our military and showed respect for our soldiers (past & present), 6) as a businessman, he lowered unemployment and brought jobs back to this country and we had the best economy! Even though he was an excellent President, in my opinion, he was not without fault, but I did not worship him! I respected him and I knew he loved this country. God placed him in office because if He hadn’t, prophecy wouldn’t have advanced as fast as it has! The Abraham Accords (authored by his son-in-law, Kushner), was made and this is going to eventually be the 7 year peace treaty. Glory to God for how He has planned this from the very beginning!

Ironically we had this same conversation about Trump in my living room until midnight last night.

We have to remember that JD has usually always steered us away from idolizing our former (official, I might add) President when no one else was. It wasn’t always comfortable.

I honestly felt like this particular update didn’t seem like something most of us on this forum needed—I dunno—but perhaps JD comes across a lot of people who get swayed by the New Age and Kingdom Now people who are convinced that Trump still holds all the answers. I see it on other conservative social media sites….it’s still out there.

I agree with you. I too voted for Trump for those very reasons.

Although in these past few elections at the Federal level, as we pick apart those who would be leaders of nations…I have often asked: “Are we trying to elect a god or a man.”

Trump is a man and as such he is imperfect in many, many ways. But God, eh…there’s that phrase, put the choices in front of us. Hillary or Trump - Biden or Trump .

It all works towards God’s plan no matter if a man is born again or not. God hardens hearts and God softens them too. Each has their own part to do in God’s plan. So, Trump sped things up? Maybe that is exactly what Trump was supposed to do.

Even Biden right today is fulfilling prophecy in regards to Putin/Ukraine. Biden is not born again at all, he’s a Catholic. LOL. Does that make those who voted for Biden lack Godly discernment too? Lack political discernment maybe.

But I, like you Deborah, would be hard pressed to vote for anyone from a party the denied God three times at their electoral convention.

No, as we head into the midterms and 2024(if we’re still here) we will all pray for God’s help to make wise choices in leaders.

Yes, it was squirmy. Thats a very apt description. I looked at the image of that poor old decrepit looking elephant and was soft hearted when the update began. I do admire Pastor JD’s forthright integrity. His message was so dead centre of the target. Some of us were exchanging viewpoints on the “rise up or not” question on this forum and i am still walking down the centre line on the highway but right now my foot is back on the side of don’t. The wicked cabal of participants driving us at breakneck speed to the great reset are playing us ruthlessly, distracting us from their main objective with rotating acts in a three ring circus. There is a role for our dear old elephant image. In the entire group of senators and congressmen, there are likely not half a dozen who are not part of this theatrical production and less if you count ones that have the guts to do anything about it. As far as DT is concerned, i have gone from mild dislike to enthusiastic support, then disappointment, to seeing him as irrelevant, like all of the politicians in US and Canada. Not one of them is honest enough, skilled enough, principled enough and devoted enough to make a dent in the mess Biden and those who direct him and Trudeau and his cronies have made of our countries. My main concern for the world right now is the little ones facing the perilous injections. I love everyone trying to stop mandates even to save one child from illness, pain and death. Let them stay with their families and God please let them all find salvation through the blood of our precious Lord Jesus.