If Salvation is a Free Gift Why Doesn’t Everyone Accept It?

If Salvation is a Free Gift Why Doesn’t Everyone Accept It?

Now to answer the question as to why people will not accept the free gift of salvation. I believe there are at least four reasons, while there could be more.

Reason-1 They just simply do not believe in a supreme being (God).
This group usually believes in “Mother Nature” who ever that is and/or evolution.

Reason-3 They believe they already have what it is you are offering them.
If you had a home with a brand new expensive stove and oven that you loved and someone was offering a free stove, would you take it? Now I am not talking about taking it to sell or give away. I mean you have no need of it, so the fact that it is free does not motivate you to accept it. This was the case with the Pharisees in the bible. They were depending on their own righteous for salvation. Like those who say they believe they will go to Heaven because they are a good person.

Reason-4 They do not want what it is you are offering them.
This one seems the hardest one to believe and I would not add it to the list if it was not clearly stated in the bible. You may be thinking as I would, how could anyone not want to go to Heaven? Remember though, Satan and a third of the angles left Heaven. So I guess they did not like Heaven. Why, because they were evil and filled with pride.

Here are the bible verses below to support this last reason highlighting 19 and 20.

John 3:16 For God so loved the world, that he gave his only begotten Son, that whosoever believeth in him should not perish, but have everlasting life.
John 3:17 For God sent not his Son into the world to condemn the world; but that the world through him might be saved.
John 3:18 He that believeth on him is not condemned: but he that believeth not is condemned already, because he hath not believed in the name of the only begotten Son of God.
John 3:19 And this is the condemnation, that light is come into the world, and men loved darkness rather than light, because their deeds were evil.
John 3:20 For every one that doeth evil hateth the light, neither cometh to the light, lest his deeds should be reproved.
John 3:21 But he that doeth truth cometh to the light, that his deeds may be made manifest, that they are wrought in God.

Just came across this…
my thoughts why so many don’t want to accept it?
They watch the christians very carefully and see how they act and how much they are fighting against each other - and…
because of that they might say: I have enough problems on my own, I don’t want to add yours as well
in short words: they see the hypocrisy

because of that they might say: I have enough problems on my own, I don’t want to add yours as well
in short words: they see the hypocrisy

Hypocrisy is ONLY when you pretend you don’t argue or fight like what the Pharisees did. Christians need to stop pretending they are so good and show that because of LOVE even when we argue we can show forgiveness.

To argue guess is not a big deal because nonbelievers are aware of different opinions…
But they see so many who call themself a christian but are like pharisees. What they speak and how they act is so contrary.
In a former workplace I had a couple of people who said they are christians but their attitude spoke a complete different language (I don’t want to list details here, just disgusting).
How to bring the lost the Good News if ears and hearts are smoked with filth from such pharisaical christians.
Disciples with true fruits of the Holy Spirit are rare in these days…

In MY opinion, the answer much simpler than the 4 reasons you’ve presented…I believe the core of refusing the free gift of salvation is Satan’s influence.
**Reason-1 They just simply do not believe in a supreme being (God) Is nothing less than Satan’s lie

Reason-2 They do not believe a free gift is really being offered.
Also… Satan’s deceptive lie

Reason-3 They believe they already have what it is you are offering them. Also… Satan’s vanity based deceptive lie

In MY opinion, the answer much simpler than the 4 reasons you’ve presented…I believe the core of refusing the free gift of salvation is Satan’s influence.
** Reason-1 They just simply do not believe in a supreme being (God) Is nothing less than Satan’s lie

Reason-2 They do not believe a free gift is really being offered.
Also… Satan’s deceptive lie

Reason-3 They believe they already have what it is you are offering them. Also… Satan’s vanity based deceptive lie

My opinion, based on my experience. We witness, or plant a seed , sometimes our life being observed by others, is our seed.
After getting out of the service and back from Vietnam, I lived in Hawaii for a time. I was going to Honolulu Community college for auto mechanics. There was a fellow student there who read his bible at lunch. I was a evil, God hating, Christian hating, government hating, mankind hating atheist. I used to harass this man to tears, and was proud of it. BUT GOD, used this man’s witness, his life to put a crack in my heart, I used to start to envy his faith in something, I would think, I don’t have that crutch, I have to go though life with just me, there is no God. Looking back, that was the start and I never even knew it.
The rest is a long story…
My point is, at many, many, places along that journey a Christian could see me and say, why doesn’t he just except the truth. We see people’s lives as looking at a parade through a knot-hole in a fence, God sees it from a helicopter overhead, the beginning to the end. We just plant the seeds, and move on, occasionally you may be granted the blessing of being the one God uses, sometimes you’ll never know the end.
When I came back from war years ago, I was so full of hate, I would just as soon hurt you than look at you, today I love Jesus more than my life. Who would have known, only HIM.
Warmly Doc 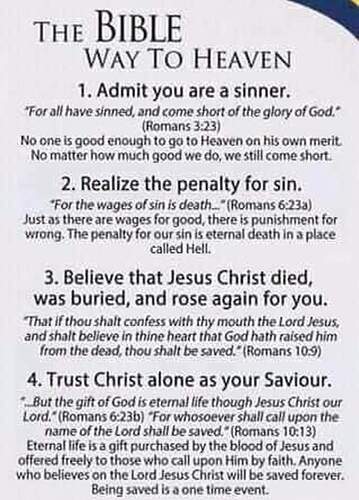 Love this. You are inspiring. 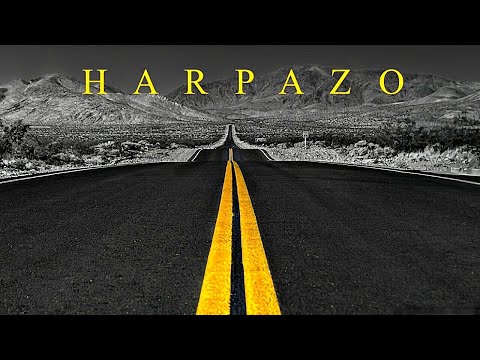 Just stumbled across this topic. While I know my response will be looked at differently and many may not agree with it, I’d like to present a perspective:

@Jon
Sounds reasonable to me.

Imo, it’s a hard pill to swallow, but well documented in the scriptures, as to why they refuse to believe.

John 6:37
“All that the Father giveth me shall come to me; and him that cometh to me I will in no wise cast out.”

John 6:39
“And this is the Father’s will which hath sent me, that of all which he hath given me I should lose nothing, but should raise it up again at the last day.”

great post <3 reasons 1 and 2 applied to me before I believed.

I definitely did not feel I had salvation in this world, and I desperately wanted it, but couldn’t seem to find such assurance.

I had become disillusioned by the church I’d grown up in, combined with my otherwise-secular life, there was no reason to believe. Santa, the Easter Bunny, tooth fairy, etc, had all convinced me that Jesus and God were lies. I will never pass those abominable traditions to my children, and the church will be in our hearts and homes, not just at the conglomerate building.

my parents weren’t rooted in the Word enough, but I’d heard enough to WANT salvation if it existed…

thank You God, for saving me <3

I used to feel so bad/ guilty for telling my kids, when they were little, that the Santa story wasn’t true. It felt like I was depriving them of their childhood fun, while all my sister in laws played it up with my nieces and nephew….but not too long ago, my grown daughter told me she was glad I didn’t lie to her, and that she would also be telling her children the truth. ….but there sure is a lot of pressure to push those stories though.

@1jewel ,
When I found out from my siblings that there was no such thing as Santa, that is the moment that I relied on what my siblings told me rather than what my parents told me. So I always told my kids the truth.

I have a question here and please feel free to reply. Pastor JD like many pastors preaches that Once Saved Always Saved. One of the reasons being that once you are a born again, you can never be unborn again. So if a person earlier in his life was a believer and was truly saved but later he was tempted into sin and lives a sinful life like committing rape, murder, steal etc for the rest of his life. If once saved always saved is true, then that person will still goes to heaven when he dies. To me, that doesn’t make sense because God would be allowing a former believer who later turned into a devil to heaven.

Please let me know. Thank you.

The answer to that question is yes, they would go to Heaven assuming they were truly saved. Salvation does not come by works and is not lost by sinning.

That said, you added things that someone is doing that shows to me that they were not saved, like rape and murder. People that do those type of things are not just sinning, but are evil. In the verses in John 3 below, Jesus tells us that those type of evil people will not be drawn to the light (Jesus), so they will never be saved in the first place. They may claim to be saved for some purpose of their own, but will never actually accept Jesus as their Savior.

So my answer to is someone who rapes and murders saved? In my opinion no and they never truly were.

I would think pride would sum up everything as to why. I have found pride of some form has been at the center of most everything that is in opposition to God or the things of God.

Thank you for your reply. Does this mean that anyone who says the sinner’s prayer like the ABC of salvation from Pastor JD may not necessarily be saved? Outwardly they may have done all 3 actions in the ABC of salvation but if later they carry on sinning like no tomorrow, will they still be lost?