Just seen the news in the UK , they say everyone to have vaccine by May. The people in my church are all old, and prayed for this so called vaccine, and got there to get it as soon as they could, they all seem ok at the moment. Some of them are in there nineties .

The Apollo/Asclepius COUNTERFEIT to the God of the Bible’s “Rod of God” or “I will rule with a rod of iron”, that was given to Moses as a staff by Phararoh, and directed at the burning bush encounter by the Second Person of the Trinity Who would become Jesus Christ/Jesus of Nazareth, as a Representation of the means of the power of “I Am”, that freed the Jews of Egypt during the Exodus. This counterfeit “rod” and snake of the established AMA/Rockefeller run allopathic medical cabal, can be found engraven on the wall of the temple of Apollo, that Hitler chose for a reason as his backdrop in Berlin while giving public speeches. Hitler relocated this Devil throne on Earth from Pergamon, Turkey, that Jesus Himself described as “the seat of Satan”, dismantling it, and moving it to Germany.

I was a 30-year, 6 medical specialty “pinnacle performer” sales and marketing representative “useful idiot”, turned whistleblower. I took out two Divisions of one of the largest big pharma corporations in the world, dispensing symptom resolution only drug mechanisms I discovered were designed to induce disease for confiscatory profit. All this by “THE ROD OF GOD” that operates in my person by “the gospel of the grace of God” – “THE MYSTERY of godliness” – given exclusively to my Apostle Paul by “the Lord (Jesus) in glory”, Who literally parted the sea of this human conduit of Hell pyramid of perversion. This revelation Paul called “my gospel” is the ANITHESIS of the Kabbalist/Masonic “mystery of iniquity.” This is why the Masons refer to it as “a secret … that is a mystery”, that would be the 180° reversal of the Bibles “mystery … kept secret in the Father since before the world began.” “Doctrines of demons” are 180° from that of the “sound doctrine” of the 1611 KJV Holy Bible. They position the truth 180° from the lie, so that mankind‘s pride will not allow them to circumnavigate the distance from the lie to the truth. This is a favorite strategy used by second heaven “principalities and powers” of the dark side.

THEY FEAR “THE ROD OF GOD” IN ME!!! I possess the Supernatural Connected “Christ in you, the hope of glory” capacity to throw “a light above that of the sun”, or “the Most Excellent Light” through the use of my words in accordance with the will of the God of the Bible. The dark side knows it, and they stay clear of Him in me! This is what our Apostle Paul meant when he said “take UNTO YOU the full armor of God.” If you have questions about how God puts this armor on you as a member of “His Body”, feel free to contact me.

MedAlerts Website seems to be down. 2/2/2021
I guess it got canceled. They don’t want the information getting out.

Dr. Gold was “discredited” by the media because she advocated for hydroxychloroquine, a drug that is indeed very helpful in treating Covid. She was arrested in DC for practicing her 1st Amendment right to PEACEFULLY PROTEST! Dare I say you are listening to the MSM too much???

I know there is at least one vaccine that is not mRNA based. Research that and go from there. At least you wouldn’t be getting your DNA altered.

Yeah they are quickly moving from the mRNA vaccines- which were bad enough, as you pointed out on this video. To now Johnson & Johnson came out with their new DNA vaccine- How the Johnson & Johnson Covid-19 Vaccine Works - The New York Times

Even Moderna themselves admitted that “Once inside the nucleus, DNA vaccines have a risk of permanently changing a person’s DNA” - you will have to google this to find it on their website. I would provide the link but I have already had to edit this because apparently you are considered spam if you try to include references (links) I thought you could include 2 links- but was still flagged for it (even though it supports what JD stated in his videos)

But it’s true and I can provide their website and their detailed info on nucleotide vaccines if anyone’s interested.

The US already planned to order 100-200million doses of these Johnson and Johnson ones- which are very similar to the Gamaleya vaccines Russia is using, also a DNA vaccine, and used for their mass vaccine campaign!

Incredibly eye-opening!!! I pray people wake up! Our DNA/ genetic code is precious and written by God- not man!

Yeah I’m finding it quite strange they are flagging comments and ignoring or hiding them if you include any links - even as a reference and even when in support of what JD is saying. I first thought it was because I went over 2 but even my first post with 2 links- and after 10 hearts/likes it suddenly was flagged and hidden. I’ve reached out to the team, no response yet. Then I see another pose that is very long with pics and links

Frustrating already - but since it’s new maybe they need to work out these issues still.

but since it’s new maybe they need to work out these issues still.

I hear you sister, it’s acceptance, or lose serenity, but your probably right, they are working out issues. Welcome aboard

You clearly have a highly educated mind for these things and I commend you! I am going to copy and paste and print out all you have written her to hopefully educate myself. I have to ask you though… is there anyway you could explain all of what you stated and referenced in an extremely layman’s way?? lol I would not only like to understand it better for myself, but also to be able to explain it to others. I realize this will probably be a huge undertaking for you and will completely understand if it’s not feasible. Thank you. Blessings.

Thanks for this article, it has helped me a lot

Glad to see at least one more that has their spiritual eyes and ears open to what is really going on! He told us and only wise see it. Peace be upon you brother!

My late husband and I both felt we were being to to leave the city. I know every step I have taken has been from the Holy Spirit leading. I don’t carry debt, the farm is almost free & clear. I am self-sufficient here. This year I know I must leave my corporate job, as we are critical employees, and we will be forced to be vaccinated if I stay. Our speech is censored, we are trained weekly in diversity and Christians are being repressed and reprogrammed. Like Hadassah, it was all for a time such as this.

Well, the really basic things are that cytokine storms are your immune system going into a berserk chain reaction that can kill you. They’re usually caused by certain proteins called superantigens. There is building evidence from studies that are still being done that the spike protein of Covid 19 is a superantigen. If you train your body to recognize a superantigen with a vaccine, it’s more likely to have a cytokine storm when you encounter that antigen again.

So there is evidence that the vaccine may actually cause more harm than good.

It’s not a guarantee that everyone who takes the vaccine will die if they get challenged in the future by a coronavirus. But more people will die from this kind of reaction after being vaccinated, than would die to the coronavirus itself.

Microsoft co-founder and eugenicist Bill Gates calls for billions of dollars in investments to develop a pandemic global alert system. 666.

Thank you for your words.

I enjoy JD’s sermons especially the bible prophecy updates! I directed a fellow worker to his latest video “something isn’t right” and was verbally attacked today by someone from another dept. who must have seen the video also and was loudly labeled a “Conspiracy Theorist” and to stop spreading lies. All I did was share a video. The Purge is here!!!

Don’t know it this has been identified yet, but here’s a good link to Dr. Simone referred to in the update. 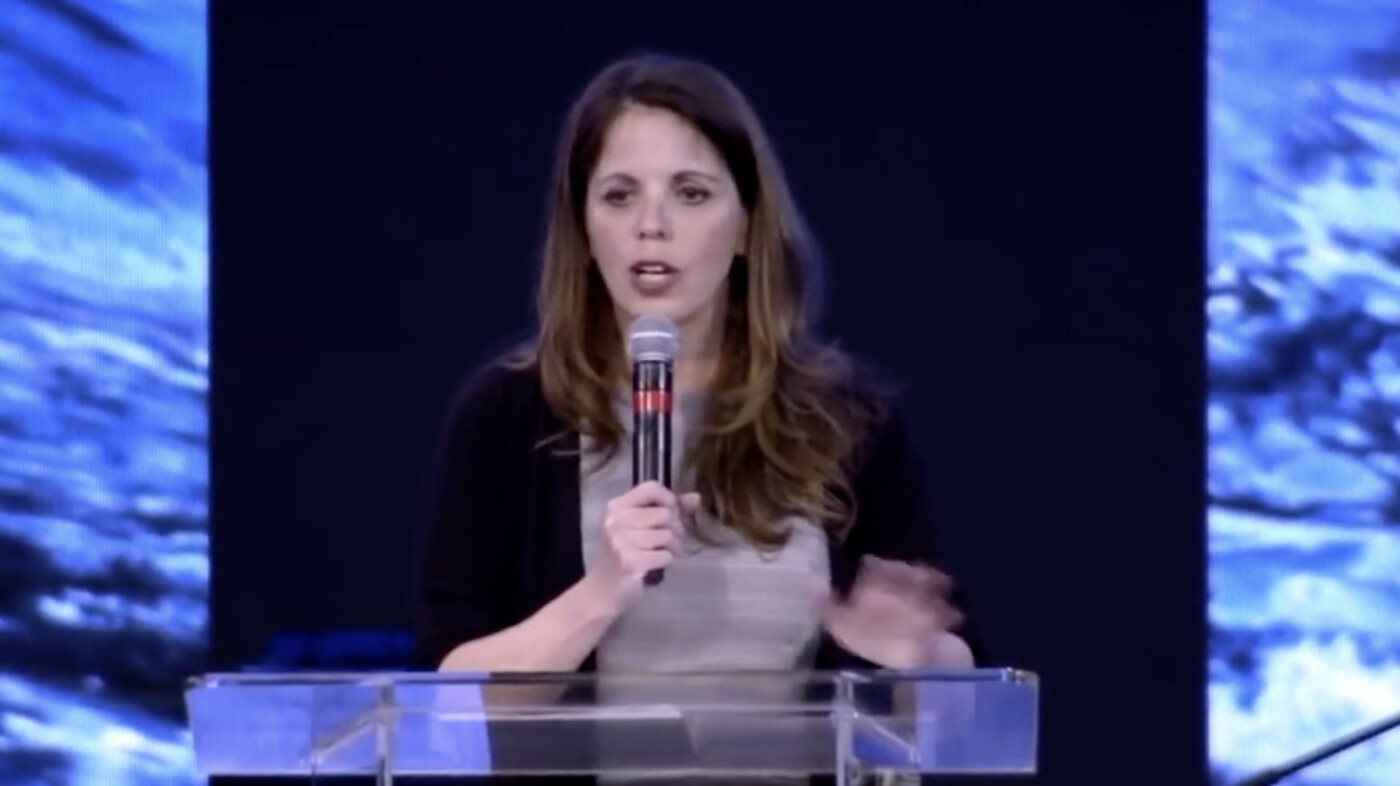 Really? Which vaccine? At my medical clinic, we have had Doctors barfing in their offices, 104 degree fevers, and at least 90 percent of second dosers staying home completely unable to come to work. A couple of the younger kids have been okay-mild fatigue but for the most part, fairly consistently people very sick for a couple of days. Also, I’ve noticed a shift in energy-maybe it’s just me being insecure because I’m one of only 3 (out of a clinic of about 80) that hasn’t had it-but the whole vibe seems uneasy. It’s hard to describe. FYI-I feel like most have said they received the Moderna (spelling?) version as we were considered first round picks. Now, I’m not judging people either way-personally, I’m just going to wait for the fall and see how it all goes-and I’m grateful for those trying it and making an effort to get “back to normal” but those are just my observations. People super sick and a def shift in vibe.

Jesus, please come quickly and put a blanket of protection over your servants. Lord, please keep my little family safe and healthy and bless those bold enough to speak your truths in this very scary time.

You did an excellent job on this subject. This is very fascinating.