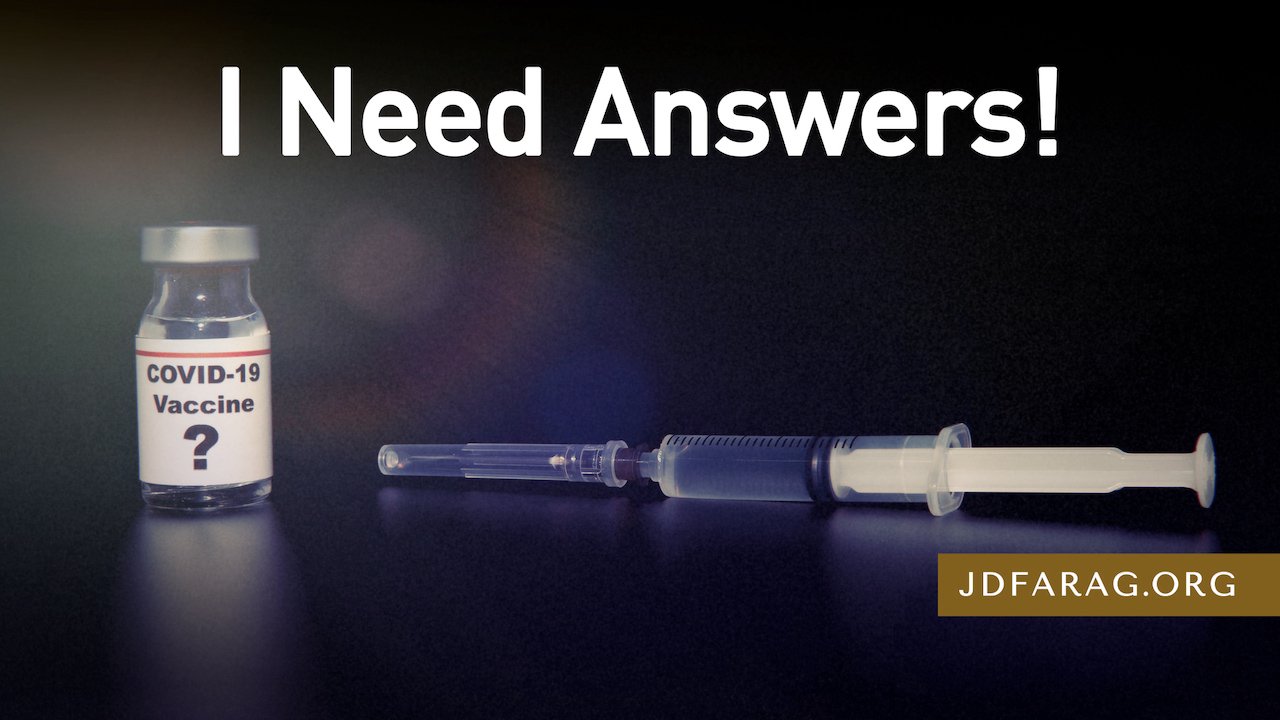 provides answers to the often-asked questions pertaining to everything that’s being reported.

I have to say, that has to be the most bright and shiny shirt I have seen Pastor JD wear haha. But maybe it just looks like it’s bright and shiny watching on line. Either way I need some sun glasses

@Matthew82 That’s the glory of the Lord, Matthew!

I’ve been listening to Ray Bentley’s podcast and have been in Exodus for quite some time! Wouldn’t it be great if we all started glowing…it will keep the evil ones and their syringes far away!

See how TPTB planned it many years ago

I am curious about your claim that this isn’t the mark. As far as we are seeing in certain countries, this vaccine is being required for buying and selling. It started in Israel as per true Bible prophecy.

What is restraining the Antichrist from making this global right now is America is in the way. When God’s hand of protection is taken off of America, pardon my usage here, but all hell breaks loose.

Before that happens, there’s no guarantee that Christians in this country won’t go through very harsh persecution, even unto death, for having to stand up and not take this jab. They are already denying people the right to work in certain fields or go to school without it.

I also think (and I stress I THINK, this is NOT PROPHECY) that there’s a high chance that if/when food shortages come to this country (and they are coming soon) they will make it mandatory you need the jab to buy food because it will be so scarce.

But becuase it’s not being mandated that way here and now does not mean it’s not the mark.

It literally changes your DNA. It marks you from the inside. There is another piece to the puzzle that people will one day have to take a new dose through a patch that will react with the Lucifarace in the v and will allow your hand to glow under a device and it will show up on a smart app to prove you are vaccinated.

It will become that way because many are going to try to fake being vaxed when it comes down to not being able to buy food without it.

Again, this is not a prophecy. Many are saying we are in for severe food shortages this fall, so I say beware.

But in the mean time? Yeah, this is the mark.
" Although Health Ministry Director Hezy Levy yesterday insisted to reporters that “we won’t force people to take a vaccine. Israeli law doesn’t allow for it… Government won’t force you to take vaccine. Amazon will. Airlines will. Banks will. You won’t be able to buy, sell, or trade without the vaccine.”

THIS IS IT.
And, no, not once saved always saved.

THERE WILL BE THOSE WHO COME TO HIM ON THAT DAY AND SAID THEY DID ALL THESE THINGS FOR HIS NAME AND HE WILL SAY DEPART FROM ME I NEVER KNEW YOU!

The people who have taken it may be forced to face losing their own lives to be saved at this point. They MUST refuse the patch to come. Refusing that will ensure that they do not partake in the final move of the mark, but if they got the jab, their DNA is marked through this mRNA technology.

These are prophecies Zionist Israel are trying to fulfill through their own means. It’d take too much time to go into it here, but bottom line is if they don’t believe Jesus Christ came and set up His Kingdom in people, they have to figure out another way to do it.

And they are doing it through bio engineering. They said in their Babylon Talmud they would take Kaballah, Quantum Dot Physics (and look into that-the quauntum dot processor chip is an exact model of the Temple of Solomon) and they would take science, and they would mix it together to fulfill their millenial reign. It’s the fulfillment of Daniel 2:43-And whereas thou sawest iron mixed with miry clay, they shall mingle themselves with the seed of men: but they shall not cleave one to another, even as iron is not mixed with clay.

The nanotechnology in the jab is the iron mixing with the clay, our bodies.

If “once saved always saved” then how can there be a great falling away first? People being decieved into taking this jab is the falling away. Zionists want to make sure your name is removed from the Lamb’s Book of Life.

Not the feel good message of the day, but now is not the time to skirt around the hard truths.

We Won’t Force Vaccine... But You Cannot Buy Or Sell Without It - Harbingers...

"Gov't won’t force you to take vaccine. Amazon will. Airlines will. Banks will. You won’t be able to buy, sell, or trade without the vaccine"

Its the number of a man. A man. Not mankind. The reason why we cannot know now who the Antichrist is, is because of the Holy Spirit. It can be dangerous to think too hard to find a fitting number.

Thank you for replying, I honestly don’t think on who the AC will be, since I know I won’t be here it doesn’t matter to me who. I sometimes just get random thoughts like since it is our DNA that makes us human, and God put all that together when he made us in his image, that the Devil would try changing that. It’s just a passing thought. I know it must sound like I try to figure out when we will be raptured. I don’t know and if not the angels in heaven and not the son then not me, I am watching the signs though. God Bless you.
Deborah

US News is a recognized leader in college, grad school, hospital, mutual fund, and car rankings. Track elected officials, research health conditions, and find news you can use in politics, business, health, and education. 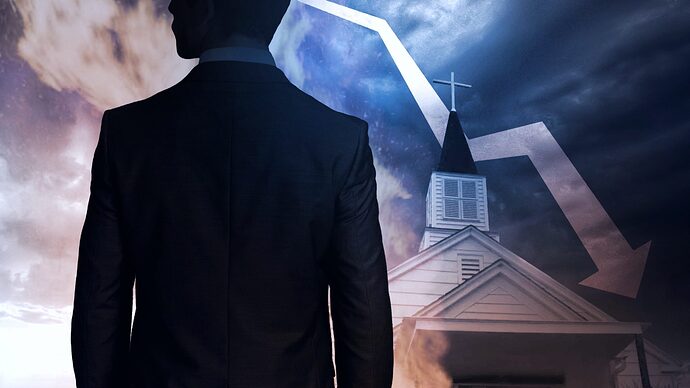 Oh, how America is preparing for the Antichrist with a Godless mindset! Evil is on its way. So is the return of the Lord in the Rapture... 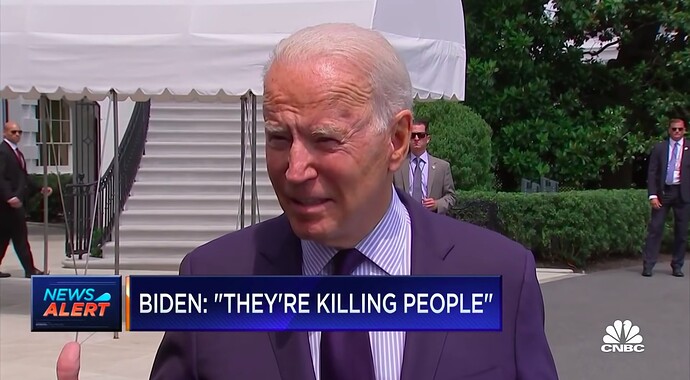 The US Government Threatens Tech Companies To Push Censorship Agendas

Listen to a reading of this article: ❖ The elephant in the room with the ongoing controversy about the Biden administration’s push for more internet censorship is the fact that both the US go… 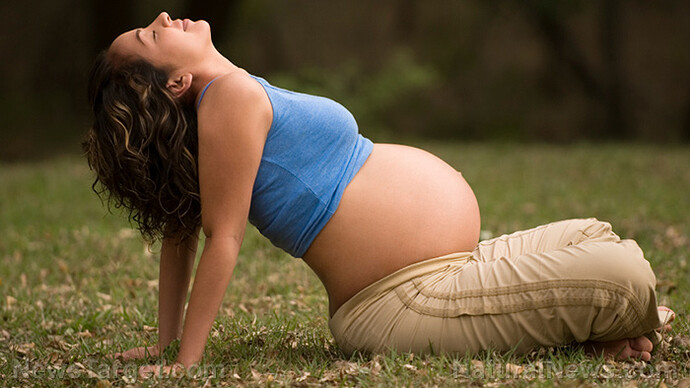 What Science? CDC Director Refuses to Admit That Only WOMEN Can Get Pregnant

What Science? CDC Director Refuses to Admit That Only WOMEN Can Get Pregnant 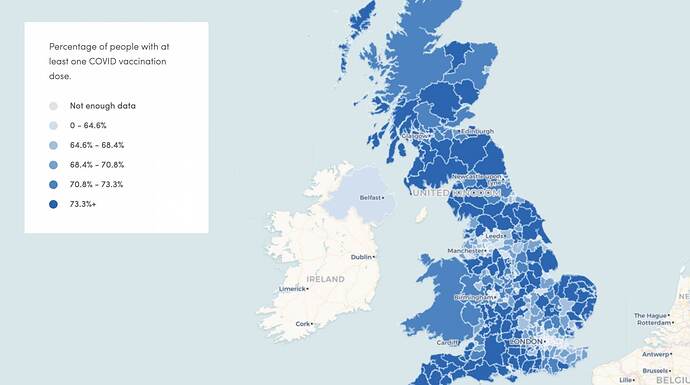 New UK Study: People Who Have Been Vaccinated Make Up 47% of New COVID Cases

Data from a recently released study out of the UK, that uses data compiled from their Orwellian symptom-tracking app, shows vaccinated people account for almost half of the country’s new COVID cases.  The experimental jab has been getting worse... 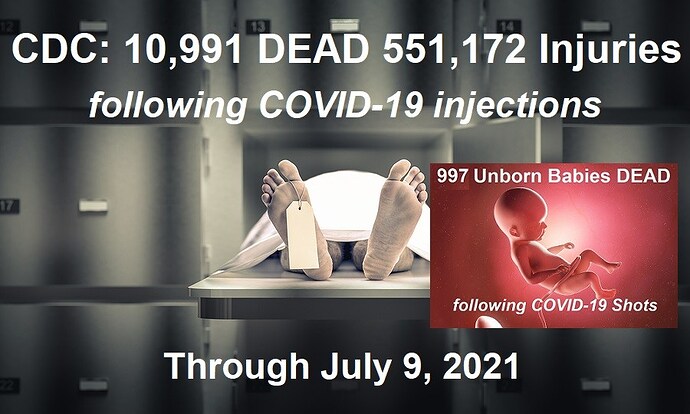 The U.S. CDC released more data today in their Vaccine Adverse Event Reporting System (VAERS), a U.S. Government funded database, and now admit that they have received reports of nearly 12,000 deaths during a 7-month period since the COVID-19 shots...

The reason it is not currently the Mark of the Beast, is that there is no worship yet.
To take the mark you have to worship the beast himself.
Blessings

Thanks you JD for correctly stating that Hebrews 6 is about eternal security! Here’s my take on this truth (if this is allowed?). Our Security (Calvary Chapel Perth) - June 24 2018 - YouTube

It cannot be the mark of the beast at this time because the beast is not here yet. I believe this is something preliminary to the mark. Remember, the Rapture could be very very soon which would then open the way for the beast to come on the scene. Perhaps one of the boosters will make it the mark once the beast is here.

Praise Jesus that you and your family were not harmed by the injection but this has not been the case for 2 ppl I know…the devil is the author of confusion. For me, looking at the deception and especially suppression of shared views and experiences has had me look at all things critically and seeking Jesus for truth. I agree that this is not the mark of the beast but rather the test run so to speak to get the players in place…i found much of what JD has spoke of and shared puts the pieces together along with scripture fitting to make perfect sense

Mentions in the article when the 3rd temple is rebuilt

Today, as of old, we hold fast to the truth of the words of the Prophets of Israel, that all the inhabitants of the world shall enter within the gates of Jerusalem: ‘And it shall come to pass at the end of days, the mountain of the House of the Lord will be well established at the peak of the mountains and will tower above the hills, and all the nation shall stream towards it.’ Each and every nation will live in it by its own faith: ‘For all the nation will go forward, each with its own Divine Name; we shall go in the name of the Lord our God forever and ever.’ And in this spirit the Knesset of the State of Israel has enacted a law: The places holy to the peoples of all religions shall be protected from any desecration and from any restriction of free access to them…

The Holy Places shall be protected from desecration and any other violation and from anything likely to violate the freedom of access of the members of the different religions to the places sacred to them or their feelings towards those places.

I have always wondered could the Jerusalem Covenant of 1992 hanging in the Knesset be the Daniel 9:27 covenant?

It is a Covenant, in existence, about freedom of religion in Jerusalem

Could someone come along and confirm/strengthen it in the coming days?…such things are now being discussed to allow Jewish freedom of religion on the TM

Here is a clip of Yuval Noah Harari speaking at the 2020 World Economic Forum annual meeting. He talks about the technological ability to hack humans. The formula is Biological Knowledge x Computing Power x Data = Ability to Hack Humans. He says, “If you know enough biology and you have enough computing power and data, you can hack my body and my brain and my life and you can understand me better than I understand myself. You can know my personality type, my political views, my sexual prefernces, my mental weaknesses, my deepest fears and hopes.” This is frightening.
Our biological operating system consists of mRNA and DNA. Sound familiar? Seems like this is why they are so determined to jab everyone.
Here’s a link to the clip: The Danger Formula - Education Videos
In his full speech he says, “if this power falls into the hands of a 21st Century Stalin, the result will be the worst totalitarian regime in human history and we already have a number of applicants for the job of 21st Century Stalin.” The bible tells us it will - the Antichrist’s regime. He also says, “In the coming decades AI and biotechnology will give us godlike abilities to re-engineer life and even to create completely new life forms,” This is eerily similar to “Having a form of godliness, but denying the power thereof: from such turn away.” 2 Timothy 3:5. Here’s a link to his full speech: How to Survive the 21st Century | DAVOS 2020 - YouTube
This technology is real. Graphene-based “neuromodulation” technology is REAL: Press release from INBRAIN Neuroelectronics describes brain controlling biocircuits using AI-powered graphene – NaturalNews.com
Here is another link that tells us what the WEF is up to. How to Track & Trace Every Person, Purchase & Protein on the Planet, Manipulate Human Behavior
This all can be pretty depressing so I made this meme to keep focused. 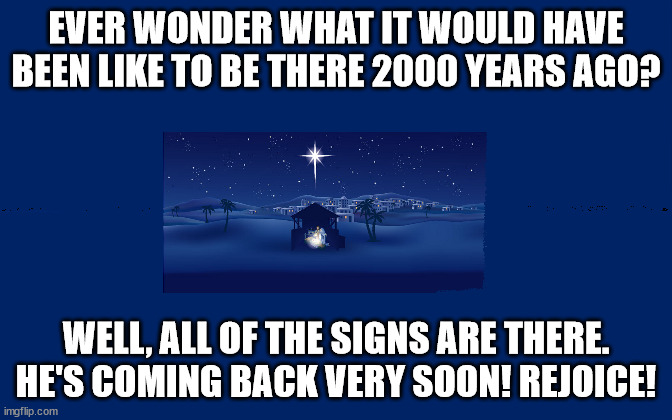