WOW thanks for sharing, that makes it even deeper.

“Forky” is introduced by means of exiting a bag… coming out of the closet per se… he is also made to be the center of attention. hence having his own keychain even. (or whatever this is from my nephews, a charm for a necklace perhaps?)

notice Mr and Mrs Potato Head in it. they still exist as per classic Toy Story and the product line itself. but notice Mr was simply addressed as “Potato Head” by one of the characters in this trailer. and this appears to be from 2019. like right before covid and like right before it was announced that Mr potato head is basically going gender-neutral right? only called Potato Head now indeed eh? the slowww roll we see here…

lastly I didn’t see if the rainbow was ever even visible in this trailer, could you see it? definitely wasn’t made obvious like on the images you and I shared. slowww build up again- parents would see the trailer without noticing the rainbow, thus unsuspecting of the LGBT agenda here, go to the movie or put it on for their kids, either not watching if they are at home or they just accept it when they notice it at the theatre, so yeah all this build up and sneaky sneaking-in around here. leading up to the full-blown satanic-symboled object that I found of my nephews’ today, what they get to keep for their very selves away from the adults and being in their memories. that’s how I see it. thanks so much for all your contribution and help today.

we are in the thick of it, as my husband says.

looking at the 3 6s again I note how the one on the right is a VERY clearly-written 6, accompanied by a backward six and an upside-down 6. the 6 pointed properly is key.

that’s what I see and Ive never once found my own example of satanic symbols. so I’m not being arbitrary here even if I’m wrong. but yeah I believe in my initial impression deeply now.

I loved the original toy story when it came out, I was a pretty young kid. (was it '95? if so I was like 7) I was too old for it by the time the 2nd came out and I remember wondering why they even bothered this late in the game, now that my generation was too old for it. then proceeded to make a few more sequels!. it was odd to me. but I came to a point of hating all Disney and other corporate movies so now it means more to me than just being too old. and I REALLY don’t want to down what you like <3 just expressing myself and I hope I’m not being too blunt this is just where I’m at. I don’t trust the big producers etc. it’s been bad for a long time. there was a movie on during my family’s trip (and they are quite secular people) with Jennifer garner in it and it was a newer movie… they featured some little girl twerking!!! a child! my husband and I said some bitter words about the “entertainment” on the TV that someone else had put on, and my brothers retort was “it IS entertainment, lighten up guys”… they are so used to this junk that even seeing an underage girl literally twerking on a so-called family movie, does not move them to abandon these lies, sexualization, and sheer brainwashing. so that’s my brain.

I’m so glad you protected your kids from it! we weren’t as fortunate. we were so excited to get cable “finally” when I was 11. I’m the only one of 3 that rejects that stuff now. and sadly I’m the only one without my own children.

your story about… well, toy story lol… is unique and I see what you mean!! I will 100% support that! thank you for explaining and I’m sorry that I didn’t think to ask about why its personally special to you! <3 appreciate you always!!!

and congratulations on 25 years!! that is amazing, love to hear it!! a miracle every day!

Alison, I understand your level of concern. When you have a chance (and not that you need any convincing) I came across something a few years ago that helped me get a perspective on what age we are in. This is a famous Christian artist from the 1980’s (his latest album came out in October 2020). In hopes to highlight the depth of the rabbit hole (not that you need convincing), I present the following. A couple of years ago, I knew what I am about to show you, and some friends from church invited me to his concert. I did not go. But I understand how it is a bit hard for some to swallow…I think they were already having enough of my Ezekiel 38 pitches…lol.

Runes is an ancient Nordic language that witchcraft uses. At this point I would like to enter a disclaimer.

DISCLAIMER: I AM MERELY HOPEFUL TO DISPLAY HOW DEEP (AND FOR HOW LONG) WE HAVE BEEN DRIFTING INTO END TIMES IN OUR COUNTRY. IF ANYONE FINDS THIS MATERIAL OBJECTIONABLE I WILL REMOVE IT OR PLEASE FEEL FREE TO FLAG. OR ADMINS PLEASE FEEL FREE TO REMOVE. AS THIS IS A PROPHECY WEBSITE I THINK THIS IS HELPFUL TO UNDERSTAND HOW RECENTLY FAR BACK AMERICA HAS BEEN UP THE CREEK AND JUST HOW CAPTIVE EVEN THE CHRISTIAN CHURCHES HAVE BEEN INFLUENCED. FOR THIS ARTIST IS HELD IN HIGH REGARD IN THE CHRISTIAN COMMUNITY. I APOLOGIZE IF THIS IS NOT APPROPRIATE AND IF SO I WILL NOT POST LIKE THIS AGAIN. THANK YOU. 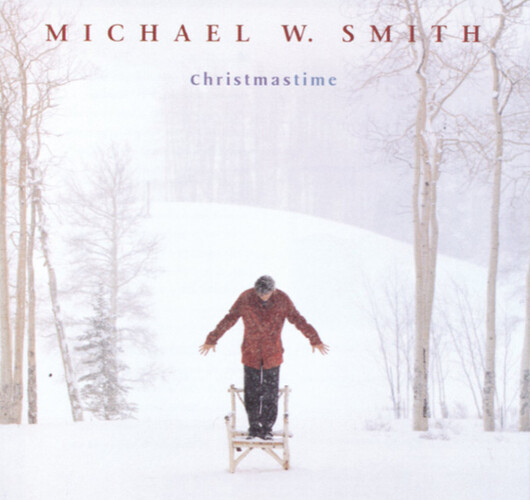 That Christmas album came out in 2014.

This came out in 1986…(notice his name on the cover is backwards…which is??? Anybody? Anybody?) … 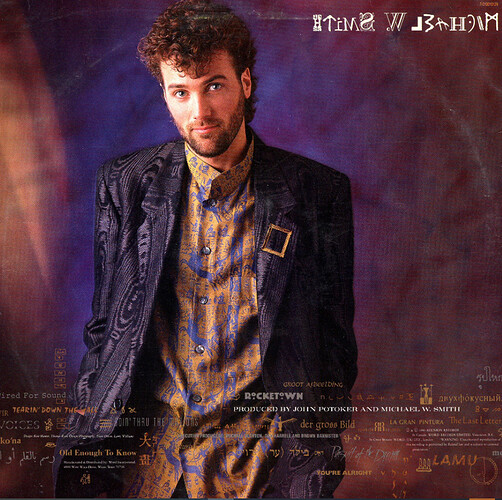 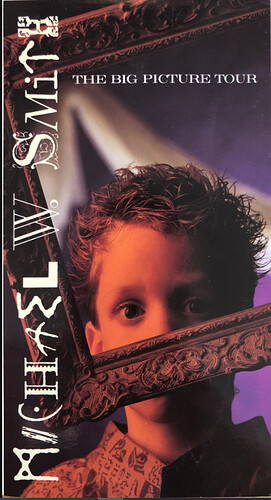 Michael W. Smith had a club called Rocket Town where he would have hardcore secular bands play for Christians kids under the guys of being a witness to the lost who played music live week after week for the neighborhood kids. 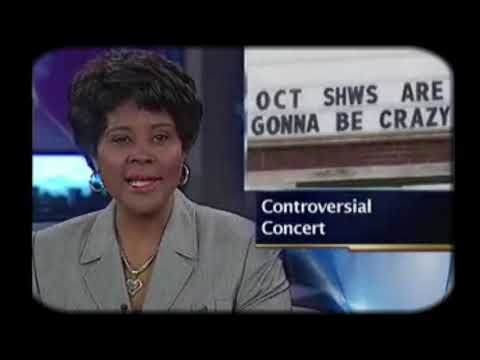 I believe all of this demonstrates how America is not just under a Laodicean Church mode, but as we know from CRT and transgender, it has been infiltrated by witchcraft for decades now. It is not that we just lost a grip on maintaining democracy and dove headlong into Marxist globalism (I know you know), but that we have been primed for such an age as we are. This is one reason i think God might strike back even in our era. But even if not, we keep a watch on Ezekiel 38. I saw an interview recently where Netanyahu implied the new government will be taken down. What happened to him happened to Trump. It is kind of like the USA and Israel are mirroring each other…lol. Kinda weird. Anyway hope this finds its way to be interesting and not just creepy,. Blessings.

Wow, some interesting observations you got there. 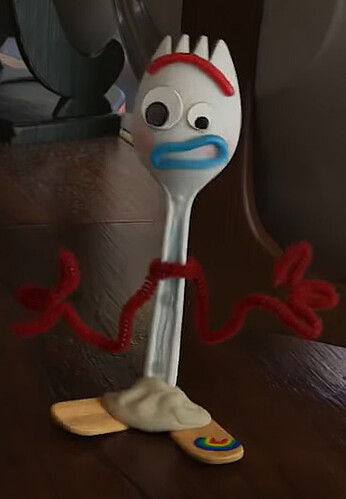 If I could add to this conversation, I want to state that I’m not judging anyone, Christian or non Christian.
For those that have taken the jab and you personally feel that it was the right thing to do is between you and God.
I pray for anyone and everyone who has taken the jab to be protected by our Lord Jesus Christ.
One thing I feel strongly about is, for me personally, this jab is pure evil.
I feel there is nothing in this “technology” from our Heavenly Father.

How does it relate to the MOB for me?
I feel it is a tool to -
1: change us into modern day nephilim
and
2: attack our pineal gland and destroy our temple.

I have read about how this technology can possibly be used (through 5G)?
to control our thoughts, actions and emotions and if that’s true, I can see how people will line up to take the MOB.
If they can no longer “feel God” and can be programmed to do someone else’s bidding, then taking the MOB may be as simple as a computer command. I’m sure we’ve all thought and asked the question,

how can he get so many people to take the mark willingly?

Well, if we no longer have control of our own brain, then it’s a (pardon the pun) “no brainer” it’s no longer our choice.
This would not only fit into the “pre cursor” title so many are calling the jab, it would also be an intricate part of the mark itself or the first stage so to speak.

I also feel that this jab may fulfill Rev 9:6

And in those days shall men seek death, and shall not find it; and shall desire to die, and death shall flee from them.

I stress these are my thoughts only.

For informational and educational purposes only, in light of new developments forming globally in response to the manufactured covid crisis.

Quote from the below three minute video:

"This practice is not limited to Russia, China, Cuba or Uzbekistan, all of which currently employ psychiatric incarceration of citizens for political protest. In the UK, a specialized unit called the Fixated Threat Assessment Centre has been granted the authority to incarcerate anyone who has given inappropriate or threatening communications to a member of government into a psychiatric ward. The assessment teams are made up of police, psychiatrists and psychologists who have been given the authority to evaluate, accuse and detain anyone they consider a threat into a mental facility - 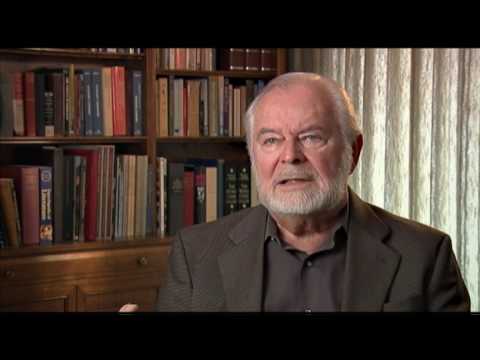 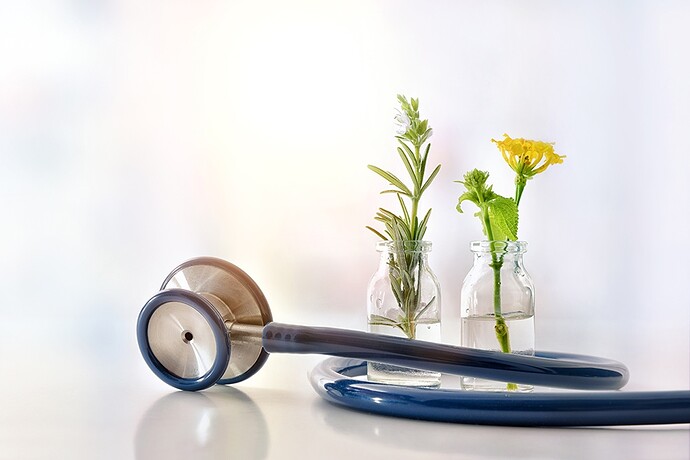 Information About Non-Drug Approaches and/or Safely Withdrawing From... 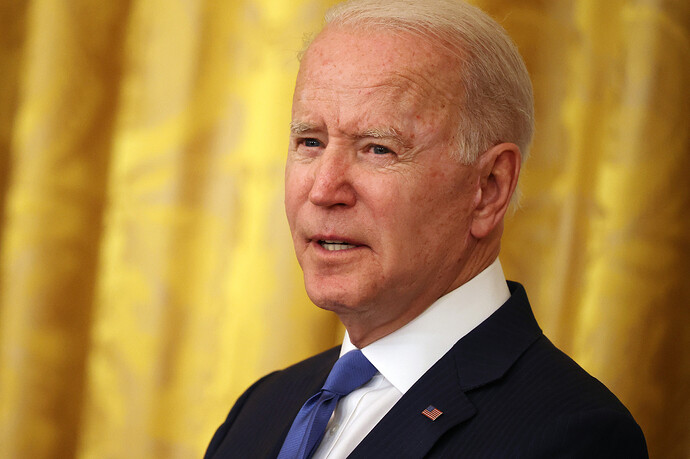 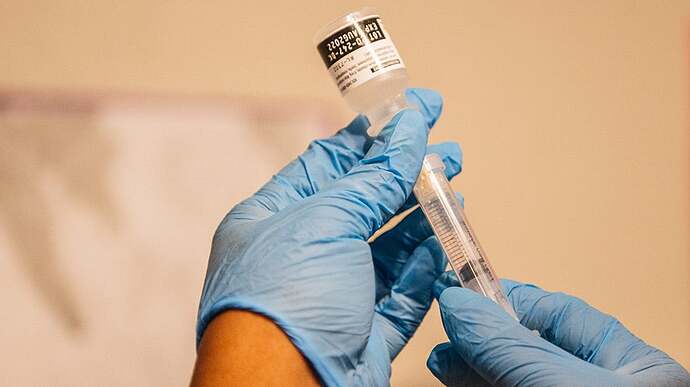 Health experts are calling on the Biden administration to do more to encourage and promote the use of vaccine mandates and passports. So far, the White House has stayed out of what they view as an issue for private employers. 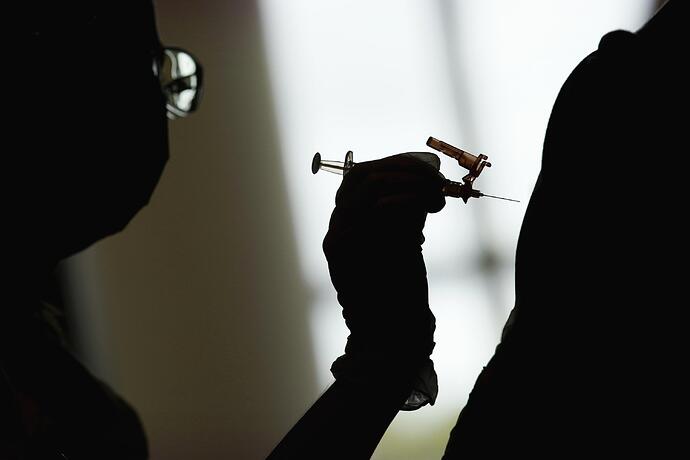 Give me the gospel plain and simple please ?

Very good question @Violet , if I may add then to violet’s question, @RuthandGiovanni , If we knowingly sin then are we more or less condemned than if we unknowingly sin ?

Amen, I had this conversation with another member and we have concluded the same.

Which is why I like Pastor JD’s “But God,” so much

Oh, same here Teren. It helps to remember our Lord Jesus wins in the end no matter what the circumstances we face are now.

Thank you for the kind words.

One eye bigger than the other…all seeing eye?

OK, this just gave me chills…and not the good kind, @TCC . Not just a little coincidental, here.

There are many symbolic issues going on, here…

A lot of “Christians” are calling this shot a precursor to the mark of the beast. PRECURSOR = PRE CURSED!

Maybe this has already been addressed as I have not read posts beyond this yet, but In the context that I’ve heard Christian’s say it’s a precursor, they are using definition #1"one that precedes and indicates the approach of another". Completely different than where you are choosing to go by using the second definition. I think by overlooking/missing the context they are saying this in you are putting a whole lot of words in their mouths that were never intended.

1a : one that precedes and indicates the approach of another

BELIEVERS here are dealing with a lot. Fear via the media, health concerns, health and salvation concerns for loved ones, waiting faithfully on the rapture.

With all the best intentions, the “worry machine” is not healthy nor biblical.