I would also add, there are a lot of people who may know the bible inside out and are not doing God’s work. Knowing the bible inside and out does not make them any better or smarter than you or any of us. You ever watch Cory Asbury’s live version of Reckless Love with the story? What he says is so profound. Give it a listen if you haven’t where he talks about what the song means. We are all special in God’s eyes, each one of us. never allow anyone to make you feel like you aren’t as good or special as them. I ignore the pompous or self righteous. We all sin, we all fall short…BUT GOD. I could barely quote scriptures but when someone says it I recognize it. Does that make me less than? Nope! Just keep doing what you are doing. if God wanted more he would show you. You are right where God wants you to be, learning and growing. Be proud of that. Many are not, OR many feel they already know enough. Those are the dangerous ones. GBY 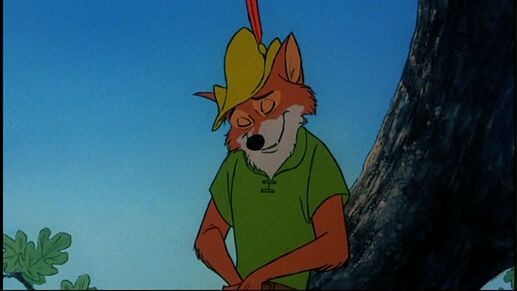 “Ever learning, and never able to come to the knowledge of the truth.”

This was for J.R.W. I was trying to encourage her

However, I thank you for your additional words

that’s what we should do, help encourage others!

We are all children of God , and sometimes we let feelings get in the way , but as many say on here we are to be loving encouraging to each other as we are all family in Christ .
Plus we are going to be together in heaven forever

hold on to that thought when in disagreement chuckle chuckle … 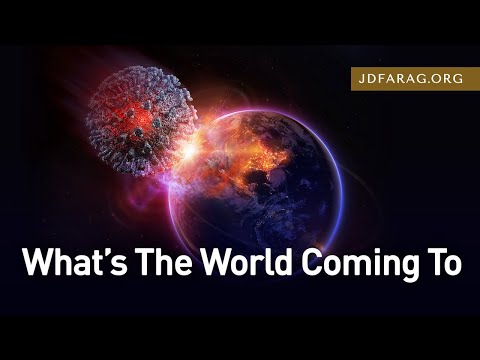 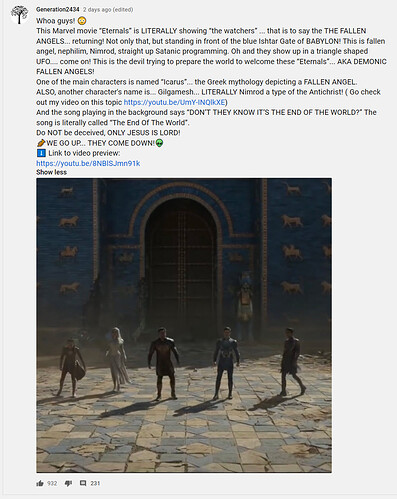 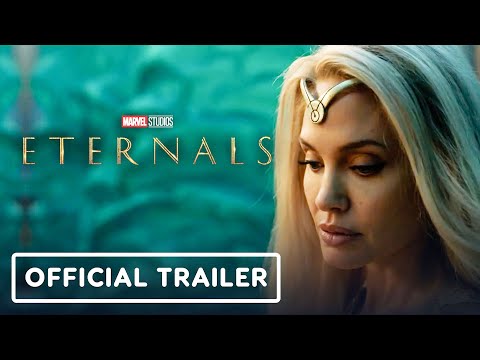 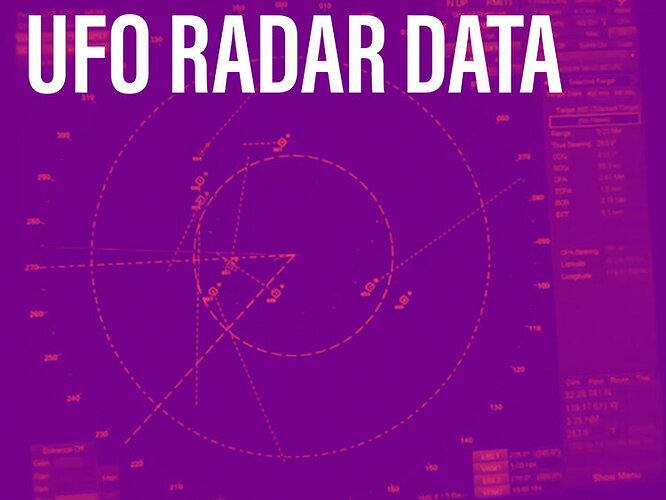 Navy warships swarmed by UFOs; here is the radar footage

This footage was filmed in the Combat Information Center of the USS Omaha on July 15th 2019 in a warning area off San Diego by Visual Intelligence Personnel (VIPER team). This RADAR data release shows four clips; multiple unknown targets. Some of the... 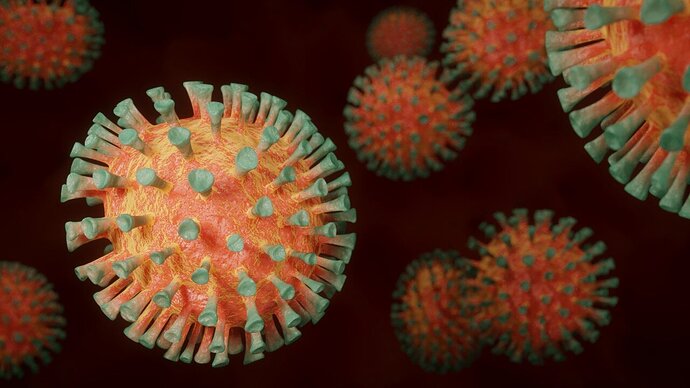 Pandemic won't be over until 70% are vaccinated: WHO director

The WHO's European director warned Friday that the COVID-19 pandemic won't end until at least 70 percent of people are vaccinated, and criticized Europe's vaccine rollout as "too slow". 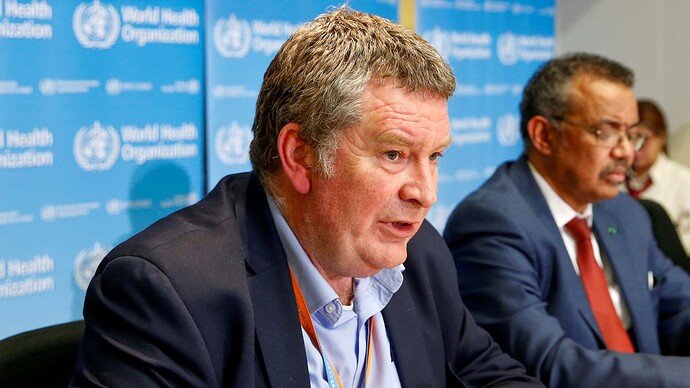 WHO says Covid origin investigation is being 'poisoned by politics'

A top official at the WHO said that the investigations into Covid-19 origins have been "very unfair to the scientists" due to politicization of the topic.

The Eternals
Wow, true to form Yeshua exposes the enemy and gives us another tool to share at the most important time yet!

I see this as God giving us more precious proof that this is the enemies false reality coming… Hopefully this will stir the hearts of sleeping believers to “Revival” We can pray so and share this.

I believe Yahweh has provided this be used as a tool to expose the enemy. Even though the enemy created it for his followers to be more deeply deceived.

The ones that have ears to hear will the others will be drawn into darkness even deeper. We should not waste this worldwide opportunity to point people to what this is talking about.

More proof we are about to see the water break and the baby will be born and removed from the Rev. 12 devouring Dragon @ on Rapture Express!! 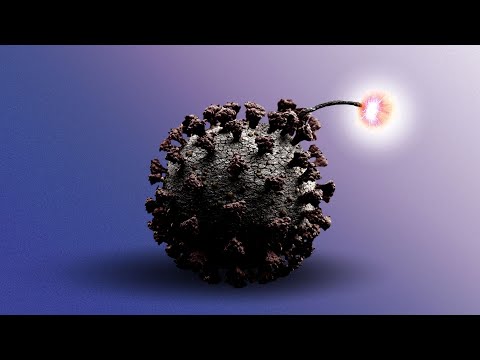 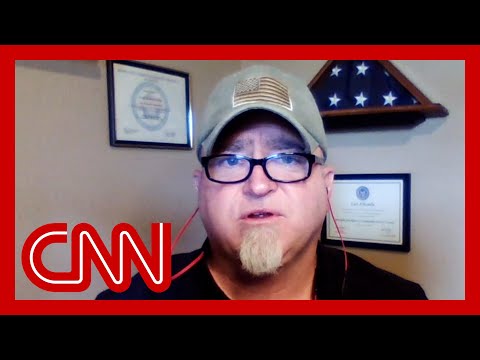 Our Redemption Draweth Nigh :: By Rob Pue

We don't watch much television in our house. Hardly any, really. The television is probably the least-used appliance we have. But sometimes we turn it on 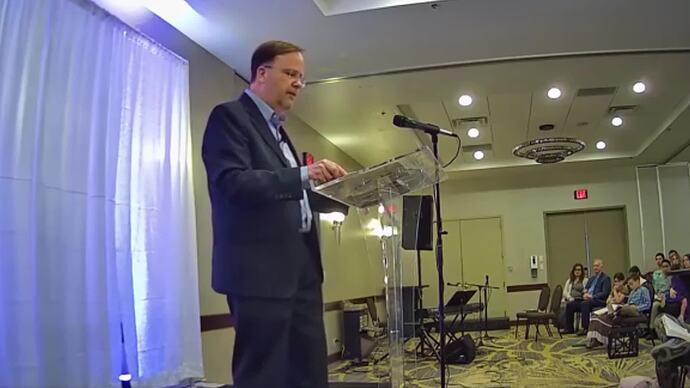 The Shot and the Tyranny of Man

I have finally set forth my thoughts on this massively important topic. Though there is so much more I could say, this sermon addresses the churchmen, the government men, and the businessmen regarding 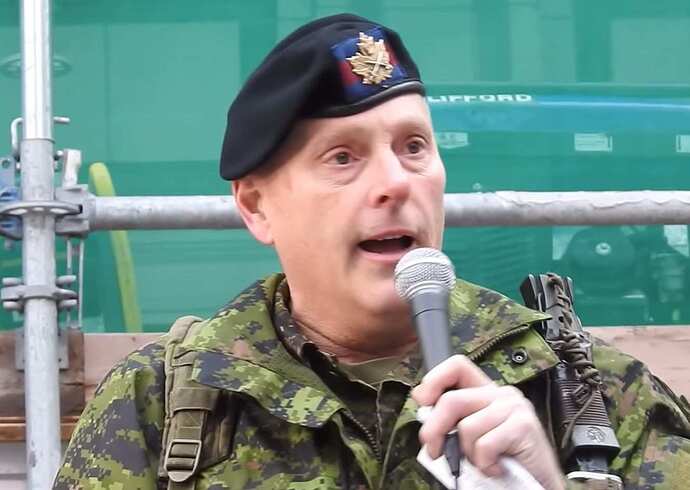 Canadian soldier who spoke at anti-lockdown rally, against COVID-19 vaccine...

How much more Lord? How much longer?! 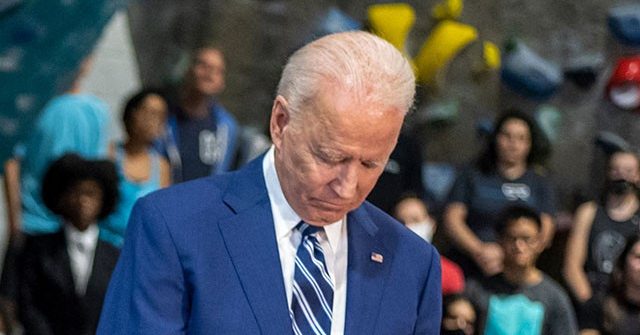 Biden Budget Proposes to Force Taxpayers to Pay for Abortions

Biden released his budget Friday, one that would eliminate the longstanding Hyde Amendment and force American taxpayers to fund abortions.

He is puffed up with conceit and understands nothing. He has an unhealthy craving for controversy and for quarrels about words, which produce envy, dissension, slander, evil suspicions, and constant friction among people who are depraved in mind and deprived of the truth, imagining that godliness is a means of gain.

This is so eye opening!!! We truly are living in the days of Noah! If you decide to watch, watch to the end. It’s powerful! Our Savior IS coming!!!

@Ready2Fly22 Thank you so much for sharing that! Good watch. Lot’s of confirmation for many things I’ve been praying about!

I shared this Eternals Movie trailer on FB wondering if a get feedback from more than usual? This thing has me excited to say keep looking Up!

I see it came from Watchmen Generation 2434!
He is doing above and beyond to get the word out. May the Lord Bless him and is own.

2 Corinthians 11:14
14 And no wonder! For Satan himself transforms himself into an angel of light.

This is what you can call Disclosure or The False Revealing!

You think Hollywood just happen to have this ready now?

The Revealing and Warning

The Demonic Watchers not Aliens are coming. And the A.I. system controlled media and our blind leaders will have already been programed in advance to believe it and do their part in the deception.

The Man of Lawlessness Makes the Deal with Many and all aren’t Human.

Luke 12:39
But know this, that if the master of the house had known what hour the thief would come, he would have watched and not allowed his house to be broken into.

This is also a warning to sleeping believers that don’t have a clue to what is going on SO Wake Up or you will be caught sleeping when the thief enters your home!!!

TO MARVEL
John 5:28
Don’t marvel at this, for the hour comes, in which all that are in the tombs will hear his voice,

This is telling you time is short.

I completely agree!! It’s crazy to me as well!

7 Be patient therefore, brethren, unto the coming of the Lord. Behold, the husbandman waiteth for the precious fruit of the earth, and hath long patience for it, until he receive the early and latter rain.

8 Be ye also patient; stablish your hearts: for the coming of the Lord draweth nigh

So he states that the husbandman is patient waiting for the fruit of the earth, which comes AFTER the former and latter rains. I researched and the former rains are in the fall and the latter rains are in April-May, the WHEAT harvest is in May-JUNE!! So I think as we go into June we could be definitely in the season!! Plus disclosure in June, first day of summer June 20th, and I know couple other verses that point to summer…

“Early and Latter Rains The Israel grainfields are largely dependent upon the rain that falls, for their fruitfulness. No rain falls in the land from May to September. The former rain, spoken of in scripture, falls in the latter part of October or the first part of November usually. It is this rain that is the signal for the farmer to begin his ploughing and plant his seed. The Bible also speaks of the latter rain, which ordinarily falls in March and April, and it is this rain that is of so much value in maturing the barley and the wheat crops. The heavy winds come the latter part of December and during January and February. The prophecy of Joel mentions all three of these kinds of rain: “And he will cause to come down for you the rain, the former rain, and the latter rain in the first month” (Joel 2:23). The word rain here means heavy, gushing rain that falls in winter months, and the rainy season starts with the former rain in the fall, and ends with the latter rain in the spring. Barley harvest is usually in April and May, and wheat harvest in May and June. Thus we see that Jeremiah was quite correct in his order of seasons in relation to the harvest time, when he said: “The harvest is past, the summer is ended, and we are not saved” (Jeremiah 8:20).” From

This verse could be clue as well…
Matthew 24:32-34
King James Version
32 Now learn a parable of the fig tree; When his branch is yet tender, and putteth forth leaves, ye know that SUMMER is nigh:

33 So likewise ye, when ye shall see all these things, know that it is near, even at the doors.

34 Verily I say unto you, This generation shall not pass, till all these things be fulfilled

Hi Dennis,
Thank you for sharing this. The economist Michel Chossudovsky is spot on, right, and covered all the points of what’s happening, and where it is headed. Have yet to read the other articles, but the NaturalNews one, yikes. Its what I thought to where this tech was leading. But God! I love Pastor JD’s prophecy update titled “Big Tech… Bigger God.” Amen to that. Our eyes will see it go down, and fail…and Jesus will triumph in the end! Maranatha!

Dennis,
This was a May 18 report from a PPJ Gazette

OUTRAGE DEPOT The state of Washington is the first in the union to start “composting” dead human bodies as crop “fertilizer,” bringing to real life the fictitious scenario depicted in the famous dy… 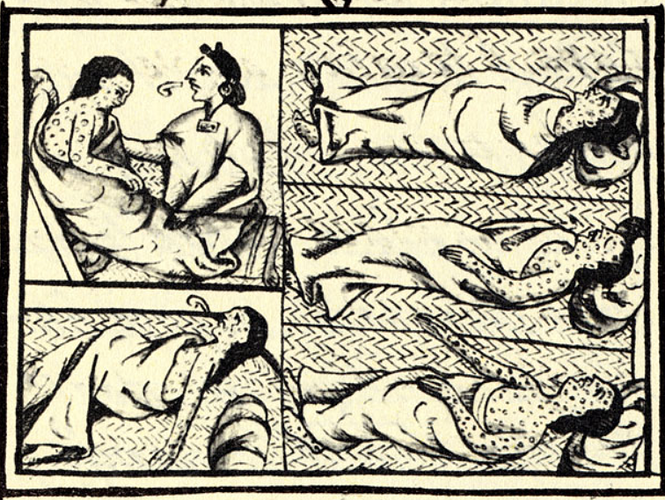 BIOWEAPON! Depopulation via Inoculation “Shedding” began long before the...

Prayer Request: Pray for my Mum

Just now my mum told me she will have a vaccine appointment on 6 June 2021 which happens to be my parent’s wedding anniversary date.

I told her firmly and ask her to think through before accept the vaccine confirmation date and pray to God on this.

Please pray that Jesus will speak to her on this issue. Pray for me as well so that Holy Spirit will give me His wisdom on what and how to say about this issue to her personally.

My mum has a heart condition since young and based on vaccine research it will definitely affects her heart.

Currently this is second phase of vaccination in my country for senior citizens aged 60 and above. They are either given Pfizer or Sinovac or AstraZaneca vaccine.

Many many thanks brothers and sisters in Christ.