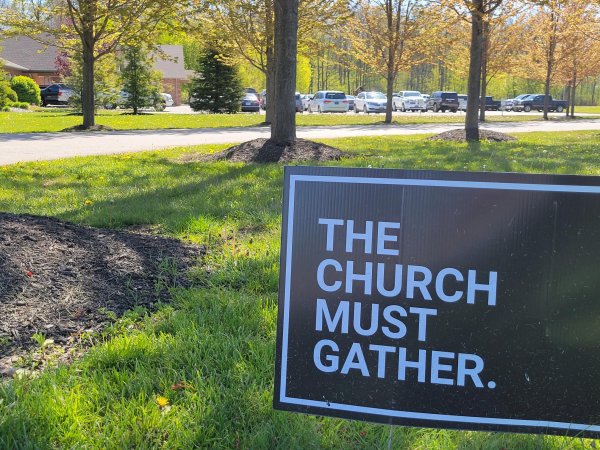 COVID-19: Church of God in Aylmer, Ont. to be locked, pastor and church fined ...

On Friday, a judge ruled that the Church of God will be locked until gathering orders change to permit capacity of 30 per cent or more.

hey, I’ve seen that vid!! that street preacher is great. a small handful of times, I felt he was not doing the right thing, it’s been too long to remember what exactly. but other than that, I’ve really been moved by his work, and that particular vid you shared is prob my favorite. it really reveals hearts. thanks for sharing him here.

edit: I remember now what rubbed me wrong. his street-preaching video on talking about dressing modestly. he said the only reason a woman wouldnt wear a bra is to get attention. in many cases that’s true, but not across the board. in fact I hear about bras having been invented for the benefit of men’s eyes. and I don’t wear one, a decision that was prompted by post-abortion trauma. I do everything I can to hide the fact that I’m braless, so it’s not about looking for attention. I’m just calling this out in case someone else sees that vid. but even that vid was a great one in other ways!! <3

A truly interesting presentation to listen to. Highly recommend watching it.
We oftentimes forget how deep the rabbit hole is.
I spent 3 days watching this video.

i appreciate your camaraderie and response!! <3 i am fearful of sounding disagreeable, so im reluctant to share my thoughts on your perspective there though. i do not want to seem quick to disagree. ill just share an example of why i feel like i do. ravi zacharias led many people to christ, but when the truth came out about his private life, i became concerned immediately for all the lukewarmish people he led to Christ- the truth about him could make the shallow-rooted people turn away from what they thought they learned. you and i can handle the truth about misguided leaders, and we wont lose sight of the one true God and His truths, but the people still partly lost need a genuine role model. id hate for amir to end up ruining that for them. <3

Couldn’t agree with you more!!

“You are the salt of the earth; but if the salt loses its flavor, how shall it be seasoned? It is then good for nothing but to be thrown out and trampled underfoot by men." maybe pastor jd and others should know something about pastor pawlowski before criticizing and advocating for doing nothing. 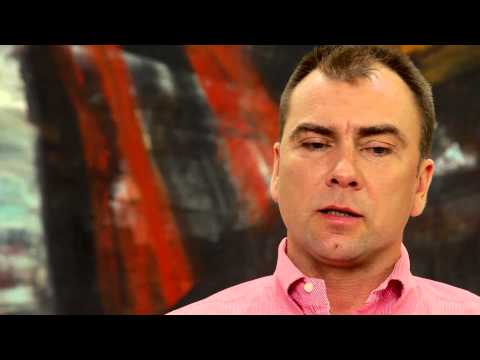 and In The Attic 2 | Arthur Pawlowski part II - YouTube

Hey family forum,
Just read this from a blog and felt I really needed to share with you all

God created a good world, giving the beings he created (including Satan) the ability to choose his perfect ways or reject them. But even though humans continually reject him, the Lord provides us a way back to him until the time when he will set right all our injustice, cruelty and violence.

So, no matter the number of battles Satan has won throughout history, he will not win the WAR.

Israel has every right to defend her citizens and land.

10:27PM Israel time
"Defense Minister Benny Gantz issues an English-language statement appealing to the international community to back Israel amid the fighting in Gaza between the Israel Defense Forces and Hamas terror group.

Gantz says he ordered the IDF to launch Operation Guardian of the Walls after Hamas began firing rockets toward Israel on Monday evening.

“This was not a question of choice. It was a question of duty. Duty to our citizens. Duty to democracy. And duty to the values of life, freedom, and the rule of law. No country, institution, or international body can question our right to protect our citizens and our sovereignty,” he says.

“It is absurd that we do everything in our power to avoid hitting your civilians while you cowardly hide behind them,” he says.

Gantz also calls on every world leader “who values life and liberty to take a clear stand against this horrific violence” and support Israel’s right to defend itself.

“I also thank our partners, across the globe, for denouncing Hamas, terror and extremism and supporting the Israeli people’s aspiration to live free of fear,” he says."

whoa haven’t looked up Isaiah 17 yet, but thanks for directing me to psalm 83. bonechilling comparisons!!! in my mind, I am so ready for this justice to be done. but His will!!

edit: I looked at Isaiah 17. my Bible is a study type, and it has this text at the bottom. it seems to be saying this prophecy already passed? I’m not sure of myself, and also I will say that I have found things in footnotes that I don’t agree with:

and sorry for all the blank space, I can’t crop the photo without the forum telling me the result is not the right file format: 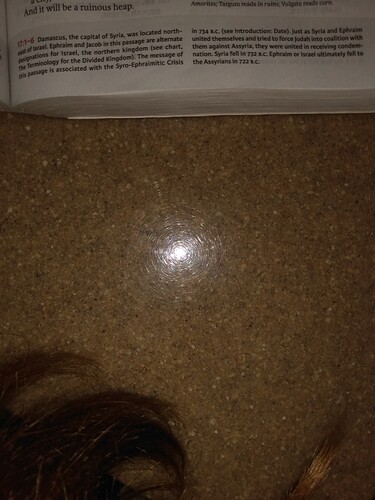 I believe the support for Pawlowski is overwhelming. So glad to see that it is not the other way around. At least yet. I understand your concern Caryl. And I too would have liked to have seen Pastor JD take more of a supportive stance along side his mentioned concern. I believe Pastor JD is correct in the concerns he has stated.

A church I used to belong to for many years, GCC, would have the same concerns Pastor JD has expressed. Pastor Coates is actually from GCC Seminary. And there were no concerns over how Pastor Coates had expressed himself because he would be in complete alignment with how a pastor is expected to behave in public during difficult scenarios. GCC would have an official concern over “some” of the behavior expressed by Pastor Pawlowski (I know this intimately to be true). I believe the coupled events with Coates and Pawlowski have kept most of the GCC Canadian focus on Coates. I was not able to find any comments on a GCC affiliate marketing arm, Wretched Radio (on YT) regarding either sided concerns of Pastor Pawlowski in reference to a GCC take in either direction.

However, BTWN News on YT is also an extension of GCC airways in good standing. If there would be any church I would have expected to speak out against how it might have appeared Pastor Pawlowski misbehaved in any way, GCC would be a very likely church to have this concern. Perhaps they may weigh in on it in the future. BTWN has given much support to Pastor Pawlowski, including mentioning his go fund me account. I believe the concern with Pawlowski would be in due respect to one of their own, Coates, who also had police issues.

In this video, at timestamp Marker 6:05 to 7:05 (1 minute). Tim (the host) shares a gentle reminder hinting toward what Pastor JD would have seen as a problem. I believe in light of the context, rebukes of Pastor Pawlowski do not seem warranted from most of Christianity. From what I understand, Coates and Pawlowski are friends. Which reminded me that although John Macarthur had been a long standing semi-critic of Calvary Chapel, he recently did join a Calvary Chapel conference with Jack Hibbs. This might be a ripe season where pastors get to know one another a bit better–it would seem. Blessings. 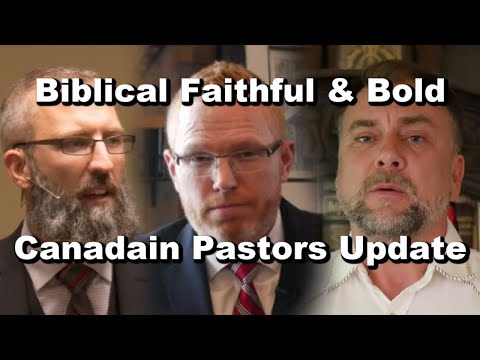 If you line up chapter 17 under the King leadership involved, it is after the time said event supposedly happened. It is interesting to research out. But Isaiah is divided out into oracles sections under certain kings reigns. Chapter 17 falls under King Ahaz year of dying (Is 14:28). Which was after said event to have occurred that they try to match it to as already having occurred. Its been a while since I looked into that…but that is the consensus as I understand it

lol thanks so much for your point of view!! another reason to question the footnotes every time!

this is not prophecy related, but another example- in this study Bible, queen vashti is painted as a defiant queen without a cause. based on what I personally glean from the text, and the consensus of many online, it seems more likely that vashti was not like that in the decision she made to reject the king’s order. just curious what is your perspective or anyone elses on queen vashti? if this is too off topic for the post, sorry I guess.

Isaiah 17 speaks to the destruction of Damascus which is the world’s oldest (3800 years) continuously inhabited city. So when it becomes a “ruinous heap,” we can be expecting to hear our call out. From all I’ve heard, it is expected the war of Ezekiel 38 will follow.

thank you so much for the info!!

good point!! pretty disappointing that this study Bible is such a flop. that’s several strikes against it now lol.

It would seem that queen Vashti was asked to “show off her beauty” during a legitimate celebration of the King and Persian reign. However, the king had been drinking and that is when he came up with that idea about her. Vashti was already in celebration mode too herself to her own quests during that festive time of many days. The feeling I get is that it was probably an uncouth gesture, to some extent of the king. So she was probably somewhat in the right to have concern. However, we are talking about the king. Fortunate for her, this king did not seem to be set to put her to death over it. Which did seem to be a thing for kings in general over the centuries.

But the king is given quite a role to play in how God used Persia to bring Him glory as well silhouette the 457 edict found in Ezra 6 and specifically Nehemiah too 2:6. 69 weeks of years later Christ appears…and we wait for the 70th.

I don’t know that much about Vashti. But it would appear that the two men heard plotting an overthrow were likely Vashti supporters (Esther 2:21). The other thing I know about her is that she is not mentioned in any of the ancient archives. Matching Esther with Kings is varied. There are Xerxes (most say it was he). There is also Artexertex (Josephus says he). But there are also studies that give it to Darius I (much fewer though).

I have a great fascination with the book of Esther. Josephus believes it is the last of the books written in Jewish cannon. If Artexertex was Vasthti’s husband…then Esther would be the prophet hyperlink to the 70 weeks. It is hard to say how accurate that is. But it is one of those books that looks like it could have prophetic overtones for our day. One mirroring example is that the Jews had to come to a place to defend their nation or they would be wiped out. Kind of seems overtone-ish with the need for America to stand up for the constitution or lose it (as Israel kind of hangs in our balance). Just noticed that.

Here is an interesting article as to its canonicity value. Really well written. Blessings.

PS – great to hear your study times in the word with you husband have improved greatly this year. Amen. Praise God Alison 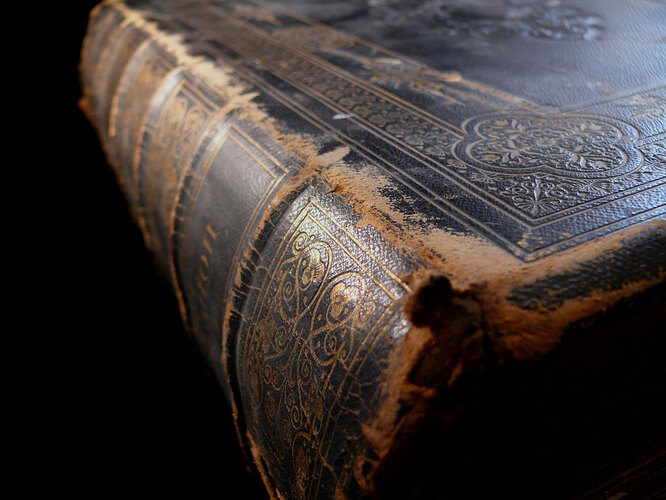 Should She Stay or Should She Go? The Canonicity of Esther

The Topic Of Canonicity There are some books in the Bible that had a hard time getting there. Esther had the hardest time of all. A book’s canonicity, whether or not it should be accepted as Holy Scripture, is an extremely important issue for each...

Tomorrow is Shavuot/Pentecost for observant Jews. 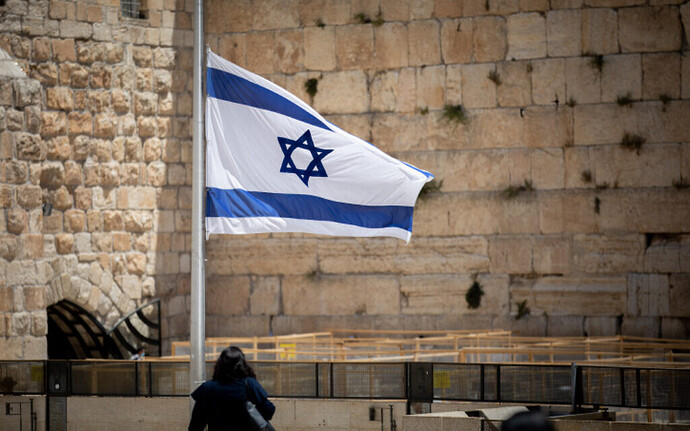 Senior Haredi rabbis call on public not to visit Western Wall due to security...

…I get to listen to him every morning on the way to work.