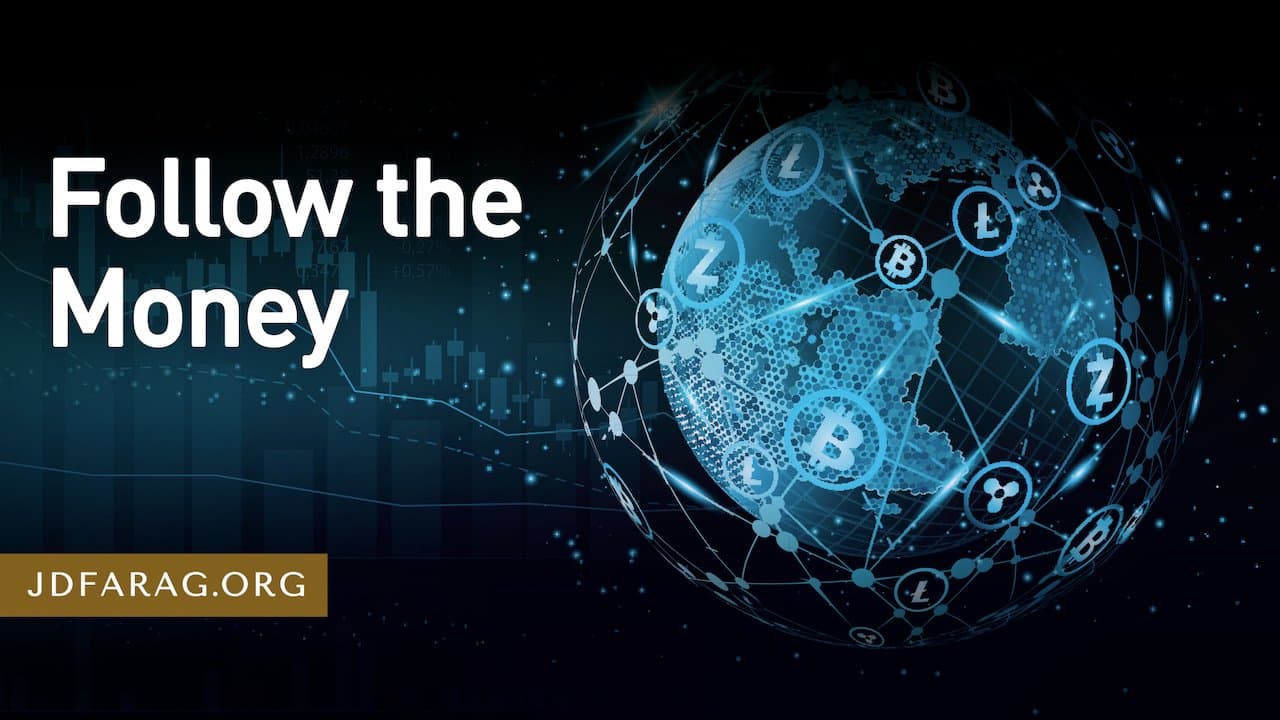 Pastor JD talks about the well-known cliché, “follow the money” from a prophetic perspective as it relates to a cashless digital currency and a social credit score system. 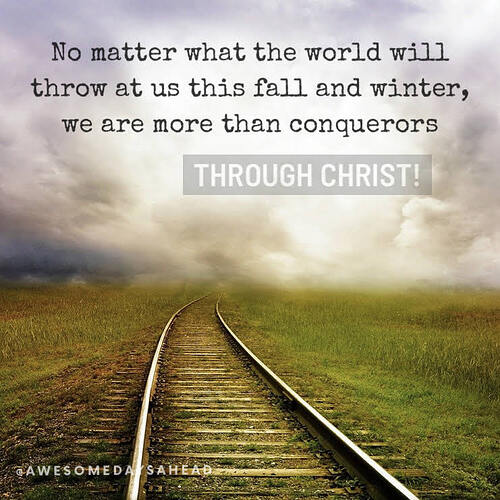 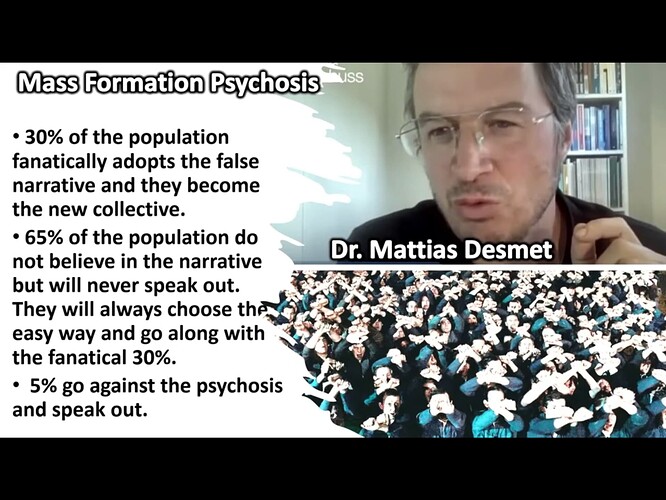 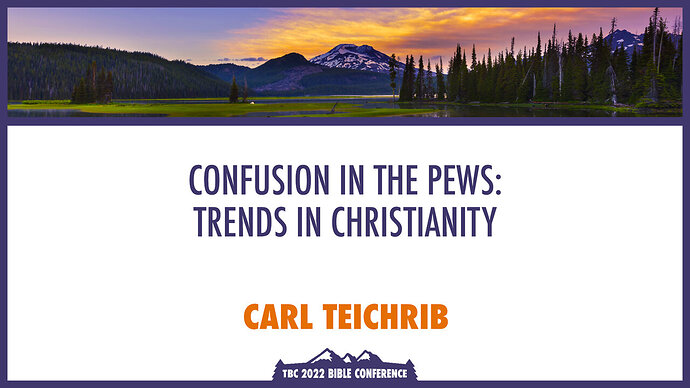 Confusion in the Pews: Trends in Christianity - Carl Teichrib 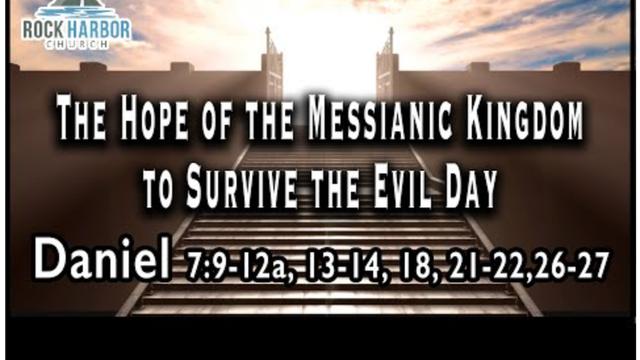 If you would like to be added to our text alerts, please click here and complete your contact information. https://rockharborchurchca.ccbchurch.com/goto/forms/6/responses/new I am Pastor Brandon Holthaus, and I want to welcome you to our Rock Harb…

Throughout his career (as Senator, Vice-Pres., and Pres.), Joe Biden has consistently expressed his support for the New World Order (NWO). On Apr. 21,

Lord of The Flies Spreads His Filthiness All Around :: By Ron Ferguson

INTRODUCTION Today, at the Lord's Supper, there was the bread on a plate on the table and communion glasses as well. We had just finished the remembrance

The Last Decade of The Church Age :: By The Gospelist

The church age has an expiration date. We do not know the day or the hour, but it is highly likely that we can narrow it down to a three-to-four-year time 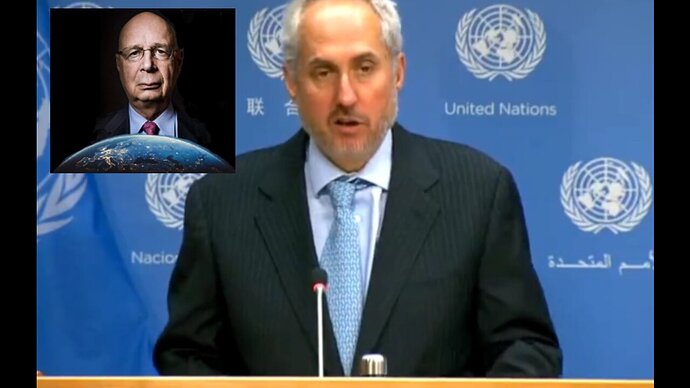 The WEF (Klaus Schwab) and the United Nations signed an agreement to... 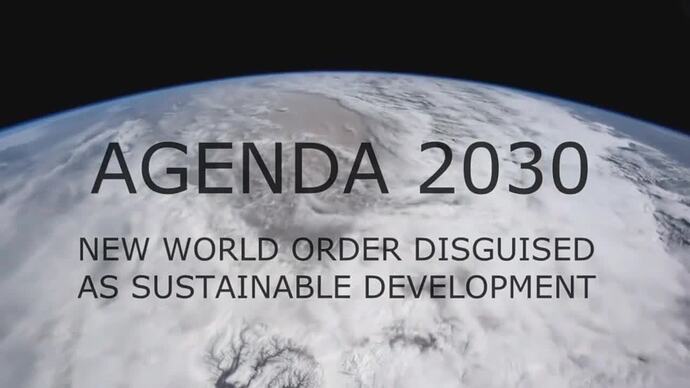 Excellent video exposing the real meaning of the Agenda 2030 goals.

Excellent video exposing the real meaning of the Agenda 2030 goals. Don’t be fooled by the language they use. They know how to seduce with the right words but the real objectives are something quite d 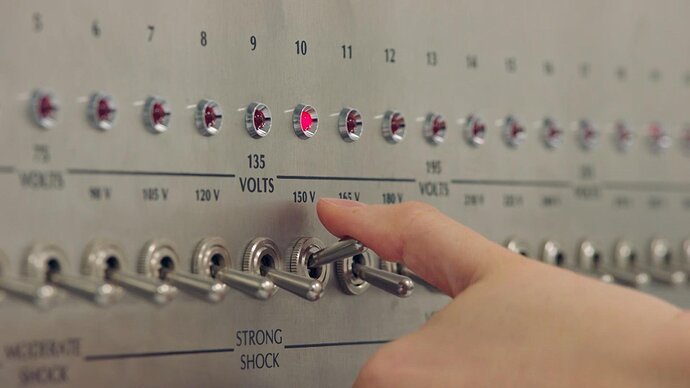 Kit Knightly The world is a confusing place. People do things that don’t make any sense, think things that aren’t supported by facts, endure things they do not need to endure, and vicio…

“Over 150 Bilderbergers (of the 1861 who are still alive) have played important parts in the Covid-19 event. Many, perhaps most, of the below have been active in various roles; this page attempts t… 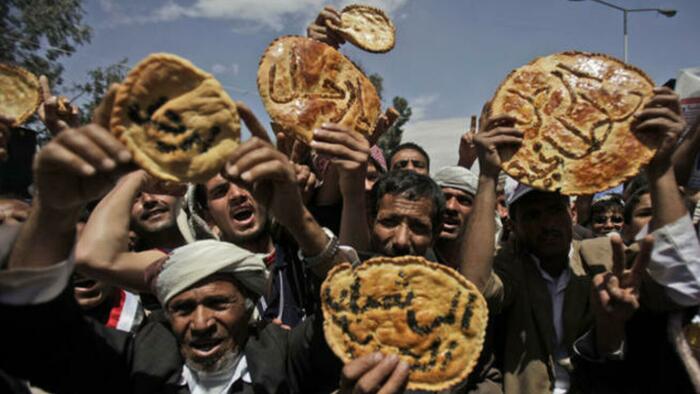 "Worst Has Yet To Come": Civil Unrest Set To Surge Worldwide As Socioeconomic...

"The impact is evident across the globe, with popular discontent over rising living costs emerging on the streets of developed and emerging markets alike..." 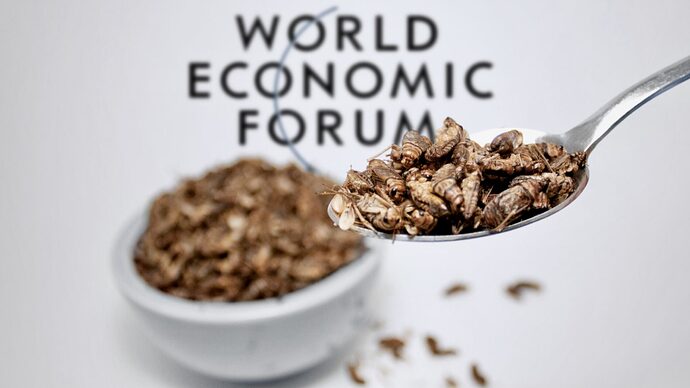 According to the WEF, "we've been conditioned to think of animals and plants as our primary sources of proteins." 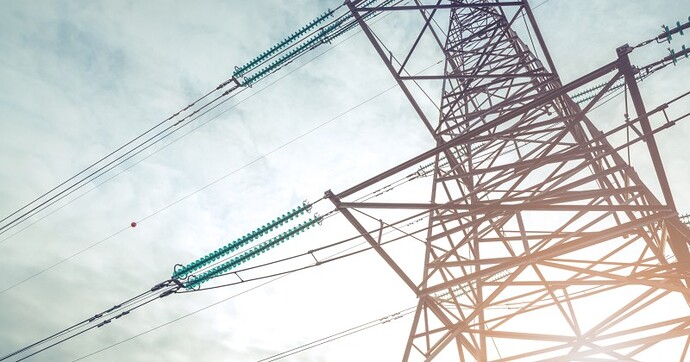 Darker and Colder: Europeans Warned of ‘Unprecedented’ Power Failures This...

Praying we are outta here before Dec 13. If not I know my Lord will keep me in His perfect watch & care. I am His child, He is my Father

This part of Dec 13 I don’t understand. Is it confirm USA issue CBDC on that day? Some said its a rumor…

No confirmation that I know of. Pastor JD stated other countries are moving toward crypto currency and he said China is already leading the way. It surely wouldn’t be any surprise if it is implemented

This is how i see SEPTEMBER spelt out… 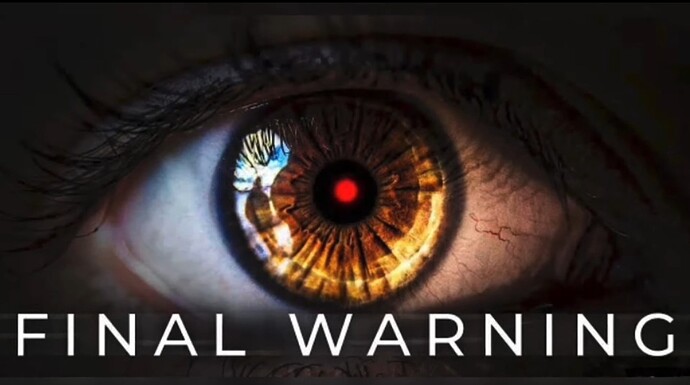 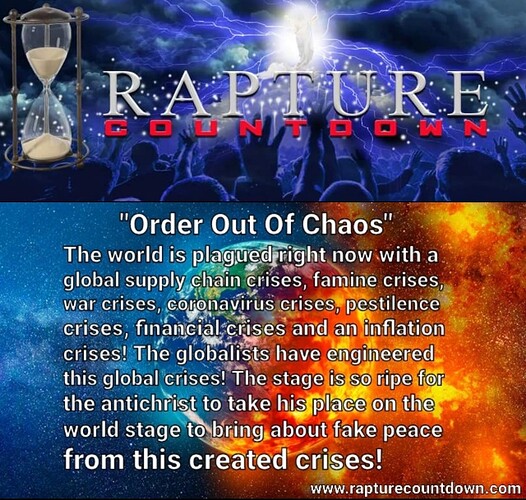 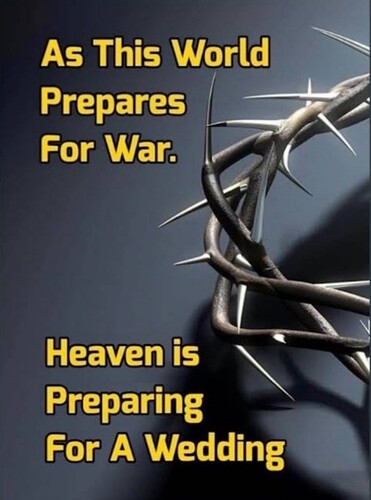 Lifting you, your family, and the Church family up to the Lord!

Don’t change, JD! Keep doing exactly what you’re doing and allowing the Holy Spirit to use you! And, THANK YOU!

I remember observing many average commoners who would lie, cheat, and steal for the sake of attaining more money which leads to the never ending desire for more materialism. They never cared how it hurt the victims of their thefts, only that they could do it and get away with it with the least of consequences…or no consequences at all.

Today, it is the world leaders (globalists) who are doing the exact same thing, though, it also involves the insatiable and unquenchable desire for extreme wealth, power and control.

With the commoner thieves, there was sometimes a shame, maybe a shame that they got caught.

With the globalists, they don’t care that many see right through their lies and thefts, I think they feel invincible and could care less if they are caught, they think consequences don’t apply to them.

Today’s liars, thieves and promoters of evil have no regard, or perhaps, no knowledge of Scripture…but in the end, they will.

I think, I fell asleep during this part what’s this mean?

Let me re listen again… 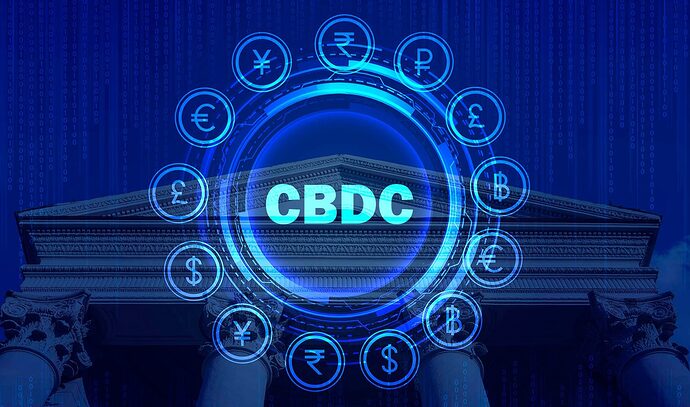 Nice job on the September K7! Not sure which session it was, but Jan Markell said “i just don’t see any way around this” (CBDC system). If we’re here for this, how will we be able to tithe or give offerings? We won’t be, not without getting our accounts shut off. I think it may be another reason why we won’t be here because if it comes with receiving a digital ID as well, as in ID 2020 which definately could be the mark, that doesn’t happen until the midpoint of the Trib. It could take a long time to implement though. Wasn’t it just last week or the week before that a video was posted here about people in China’s system? Yikes, that was pretty bad! They said it took them 10 years. With that neighborhood snooper lady taking notes on people! She would need a security team to do that here. Then i saw an ad on my phone to share a meal, donate $ or a meal to someone in need, a UN program. Anyone else get that? It also was in that video. That same ad wasn’t but it showed how people with low esg scores could make charity donations to raise their scores. It seems like it would take awhile, but these days who knows!

It was mentioned last Sunday, transcript screenshot at the end 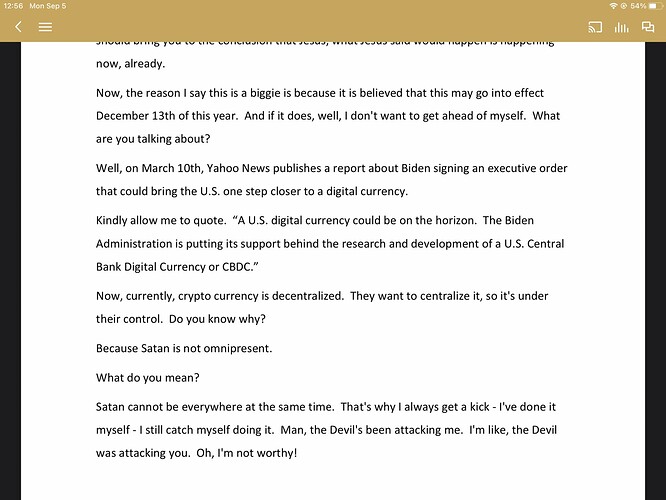 I have a question here on Pastor JD’s 4th September Prophecy update. He said there will be a time where soon when people cannot buy or sell unless they have that biometric ID. My question is, will saved Chrisitans be forced to get this biometric ID in order to buy or sell or will they be raptured by the time this draconian requirement is enforced?

Anyone who knows the answer, please let me know. Thanks.

The biometric ID he’s talking about is the mark of the beast, which will not be fully implemented until the midpoint of the Tribulation, 3.5 yrs at minimum after the removal of the church. We won’t be here!

Also, I need to say, a Christian is NEVER forced to comply with wickedness. God is able to protect and to provide exceedingly and abundantly beyond all we could ever ask or imagine, but it’s given according to the measure of our faith. “For the eyes of the LORD move to and fro throughout the earth that He may strongly support those whose heart is completely His.” Stand in Him and let Him do the rest. I think of Shadrach, Meshach and Abed-Nego, telling the king, “Our God can save us, but even if He doesn’t, we will never bow.”

From tech news, I think it is quite possible that Biometric ID’s may become widely normalized globally very possibly before the Tribulation. The Biometric ID’s are already in beta-phase and are voluntary. These are not the ‘mark of the beast’.

A guy even has a Tesla car access chip-implant (see video).

One can do a search “microchip inserted in human body” in Youtube and see many examples. 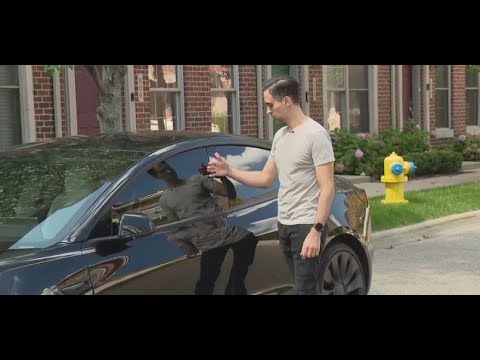 NeuraLink is also making progress and has reportedly been installed into humans after animal testing. 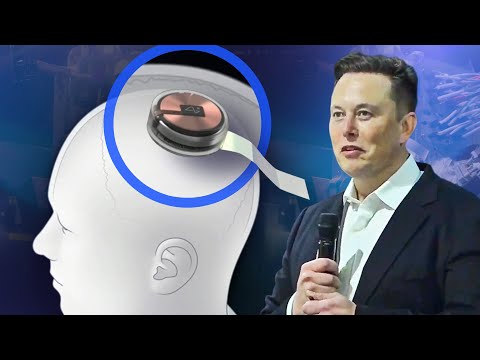 The Lord bless you and keep you Pastor JD

6Then I saw another angel flying in midair, and he had the eternal gospel to proclaim to those who live on the earth—to every nation, tribe, language and people. 7He said in a loud voice, “Fear God and give him glory, because the hour of his judgment has come. Worship him who made the heavens, the earth, the sea and the springs of water.”

8A second angel followed and said, “ ‘Fallen! Fallen is Babylon the Great,’ a which made all the nations drink the maddening wine of her adulteries.”

9A third angel followed them and said in a loud voice: “If anyone worships the beast and its image and receives its mark on their forehead or on their hand, 10they, too, will drink the wine of God’s fury, which has been poured full strength into the cup of his wrath. They will be tormented with burning sulfur in the presence of the holy angels and of the Lamb. 11And the smoke of their torment will rise for ever and ever. There will be no rest day or night for those who worship the beast and its image, or for anyone who receives the mark of its name.” 12This calls for patient endurance on the part of the people of God who keep his commands and remain faithful to Jesus.

The last sentence… verse 12
…“patient endurance on the part of the people of God” has me wondering if it’s this side of the rapture?

The biometric ID if it’s not in the right hand or the forehead => it’s not the MOB yet. Just a card id.

When it will be in the body BUT NOT in the right hand or forehead => not the MOB but it’s better not to take it. We saw what they did with the jabs and side effects.

Yep, I thought it too.