A woman posted a video on August 13, 2009 warning about the injections they’re giving out today along with the mandates we have seen around the world. Watch & share this! 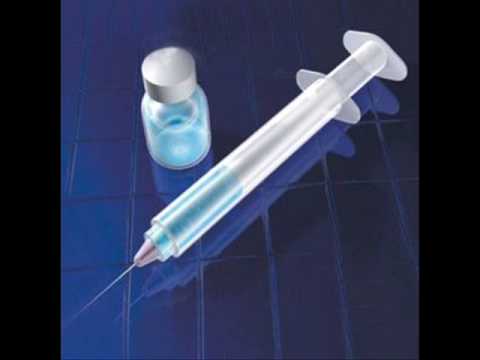 Yeah, tomorrow morning God willing will post Part 1 of the interview she did:

You will see former CDC Director are part of medical mafiaso… 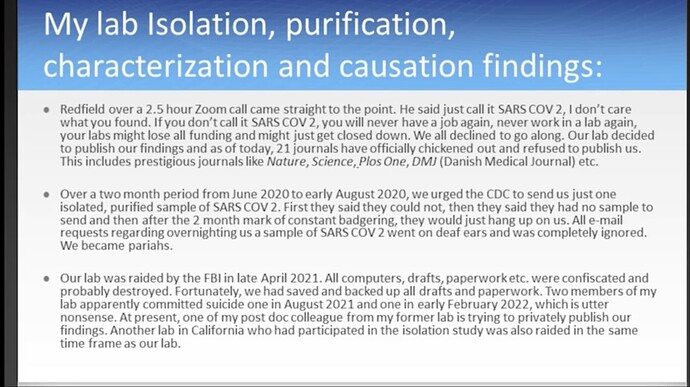 and FBI is weaponised to hunt down opposition

I slot in Part 3 first since this is most important of all.

Wow, Dennis, just wow on everything you posted. Just like Elizabeth Erin has been documenting for years the holistic doctors are mysteriously dying we see these lab professionals “committing suicide”. So evil.

I wonder tho, is what they are sharing here different than the doctors that we have been seeing here in USA who I thought said there was a protein spike, etc… kind of confusing sometimes.

This evidence said there is no virus and no protein spike. And that all jabs have the same ingredients but varying amounts. No placebos. That means its just a matter of time for everyone who took the jab.

Oh and by the way, I recently saw an alternative doctor using a special machine that detects what is happening in the body. He travels all over… a great brother has been going to him for years and so I went. He kept going over the area of my liver and said are you sure you aren’t vaccinated? He was finding it looked like I was. I said oh, I took the TDAP vaccine last fall after I fell and had gouge in shin. I told the hospital (yes was in hospital after hours bc I had dislocated pinky ) I didn’t want to take a shot but would take tetanus alone. Well of course they don’t have tetanus alone. My guard was down and I took the stupid shot. I told the doctor about it and he said that’s it. He said they are putting this bad stuff in all the shots. So, I have been vaccinated. But, this technology whatever it is has devacc’d me. Nonetheless I have lost no sleep over it. But, I tell you, take no shots. None of them.

Lastly, he is from Kentucky. He said he thinks they ar e orchestrating (geoengineering) the floods there and everywhere. He said Kentucky was one of the least vaccinated states. And now bringing this flooding in, what did people do? Go and get their Hep B shots and tetanus… and voila, your vaccinated.

So I was stupid and had a moment of stupidity as I know better. But no more. No more folks…

Wow are you serious?? All the shots ?? Tdap ?? The one we are ‘required’ to give our kids so they can attend school?

I missed that ehat did he say 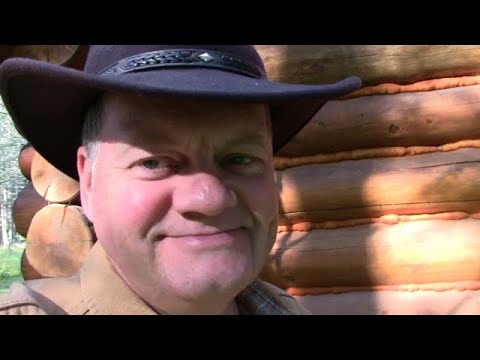 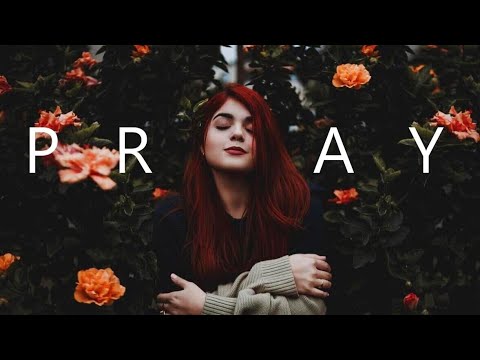 A wonderful resource for audio and written

Wordproject: The Holy Bible International - in the major languages of the world

Wordproject offers free text and audio Bibles in the major languages of the world, including audio narrations without music background or dramatization.

Maybe now as we are in September, they will come back with the jabs for schoolboy/girls.

How about this article? Secular POV

"That Trump is not the arch-enemy of Biden or Clinton or any Democrat, but that he is a partner in a great game of deception in which the good guys and bad guys play their parts for the Great Director. " 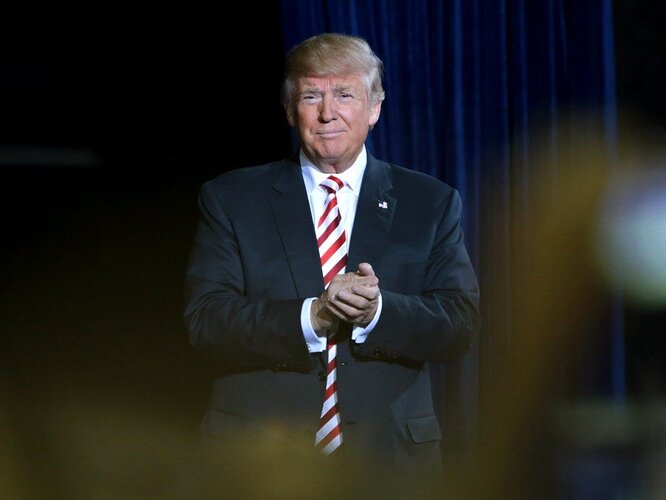 The only problem with “It cannot be much longer” is their credit score is not in place yet (or it will be in September?). A scenario could be they will make the move in one radical change: credit score, no more paper money, new economic system => via current card banks and during the tribulations they remove the bank cards and switch to the mark of the beast.

We can’t no more trust a doctor

Hey all i have bought the new series from Billy Crone beyond covid, its not copy rights and have been encouraged by his ministry to share , if anyone would like me to sent download has 8 episodes private message me , im not goung to post it on forum inside it causes censorship,
God Bless

I took same shot back mid may during 2020 right near the beginning of the pandemic. It was one of the biggest mistakes I could have ever made in my life. I was have strange experiences that seemed demonic in nature. I was in a state of fear/distress like I was in an odd sense of danger. It wasn’t just physical danger alone but something more than that. Anyways, but yeah.

Recently though, sometime last year or this year, I learned that there is recombinant DNA & animal DNA in the MMR shots. Essentially, anything that is recombinant is DNA re arranged in a lab so it is NOT naturally occurring in nature. They are injecting people with GMOs!

Animal(Cow DNA) along with aborted fetal cells is also in there too:

Source:
Appendix B for the Pink Book-Vaccine Excipient Summary (cdc.gov)

Keep in mind that the “requirement” for the mark happens 3 1/2 years into the trib period when we will not be here. The mark is “the name or the number of the name of the beast”, note, by the way, it does not say that all will get a “unique” mark but all will be the same – it is just an indicator -nothing more. I believe that this is similar to getting your hand stamped going into an event indicating that you payed. In the mark case, it will be a tattoo of the name or number based upon the original wording. It is an indication that the person has done something. Many try to say that it will be a chip/insert or unique code which is simply not supported since all of these could be undone. Just like accepting Christ cannot be undone, accepting the beast can also not be undone. Jesus said it will be like the times of Noah. During that time fallen angles were mating with humans and changing Gods creation (DNA). Getting the mark (just an indicator) means that the person accepted something that enters their body and cannot be undone. A future injection (advertised ultimate vaccine) that alters DNA ( similar to Noah’s day) fits the bill altering the persons DNA so that they are now not of God’s design and therefore now cannot be saved. The mark just indicates you got it.

Taking this one step farther with, block chain technology, Bill Gates Cryptocurrency based on Body data (Pat nbr 2020-060606) and nanoparticles, the injection to be mandated could not only monitor viruses but also control the currency a person has to spend and what they are allowed to buy and sell.
In this case the mark will indicate not only that the injection was received but without it you will be an outcast. All of this, as JD accurately indicates, is being put into place now which does give credence that we have to be close(er) 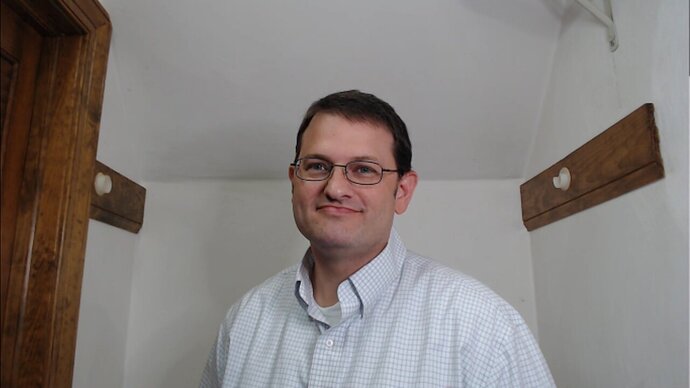 Bible Prophecy in the News: Israel Threatened, Gog of Magog, and Global Famine

Today's headlines are filled with events both directly and indirectly related to bible prophecy. In today's video, we cover a number of topics including: 1) Syria asks Iran not to attack Israel from i 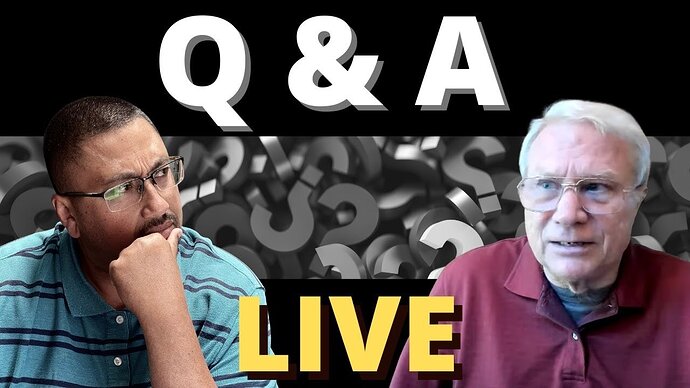 August 30th, 2022 LIVE!!! With Don Stewart and James Kaddis!!! We're excited because today we'll be answering bible questions for the whole show!!! We can't wait to have a time to equip you as you ask 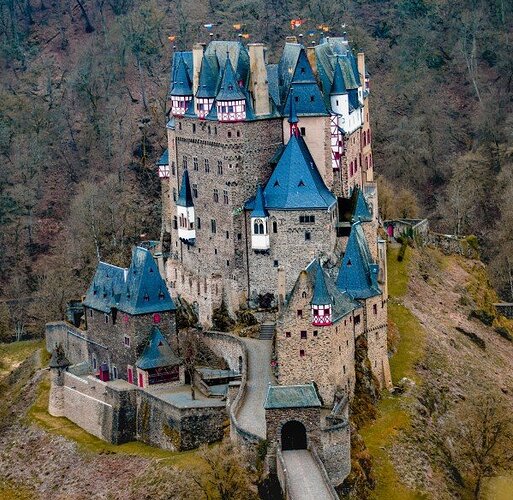 It’s The Fastest Growing View Of End-Times Prophecy In The Church Today, But...

The church is the body of Christ with Jesus as its Head; it does not operate as a kingdom in this present world. And it’s most certainly not the restored kingdom of Israel. The Lord never intended for His church to behave like a kingdom with an... 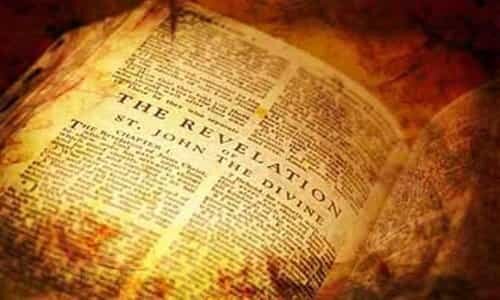 It’s perhaps the fastest growing view of end-times prophecy in the church today, but it deviates greatly from what the Bible teaches about our future. The movement often referred to as the New Apostolic Reformation (NAR) relies more on experience and... 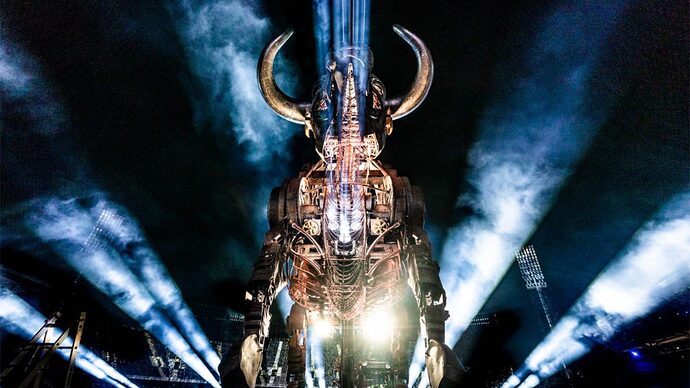 In my opinion, this is one of the most prominent signs of the times here in 2022. Surely, evil is waxing worse and worse and the participants in this ritual are calling evil good. 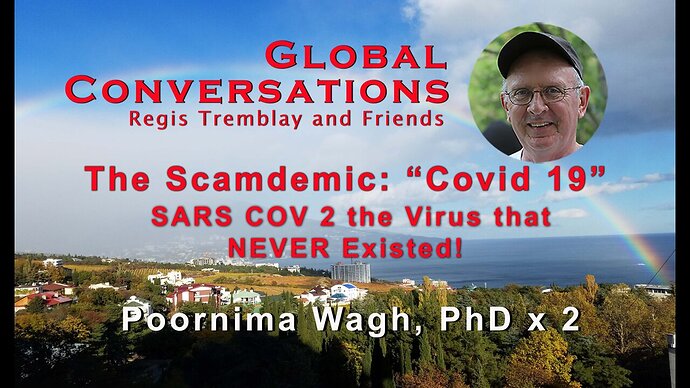 Poornima Wagh, 2 PhDs in Virology and Immunology, 20 yr career as a Lab researcher and scientist, destroys the Covid scam with proof in language even a layman like me can understand. Who benefits? Big 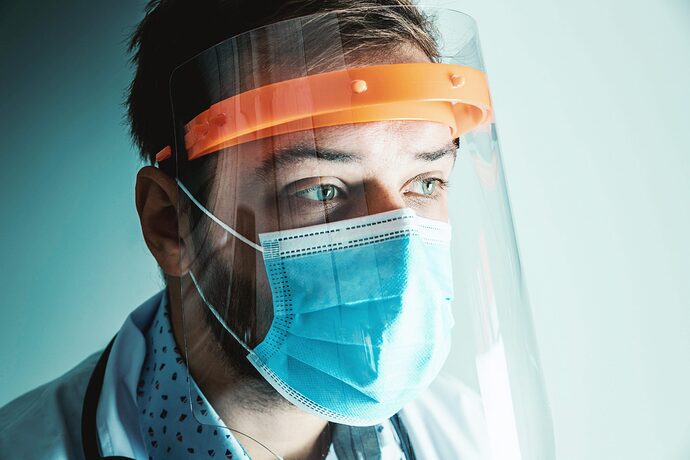 Why Has The World Economic Forum Published At Least 3 Whitepapers On Facial...

If you thought that travelling abroad or getting access to pubs and cafes via a vaccine passport was an assault on your body and your rights then I'm afraid that was only the tip of the ice berg. Here’s why… In February 2020 just before Covid was... 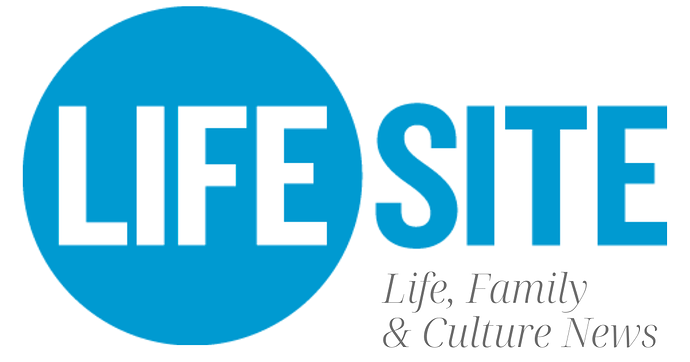 Evidence suggests that the US government has authorized the use of brain technologies for questionable purposes. 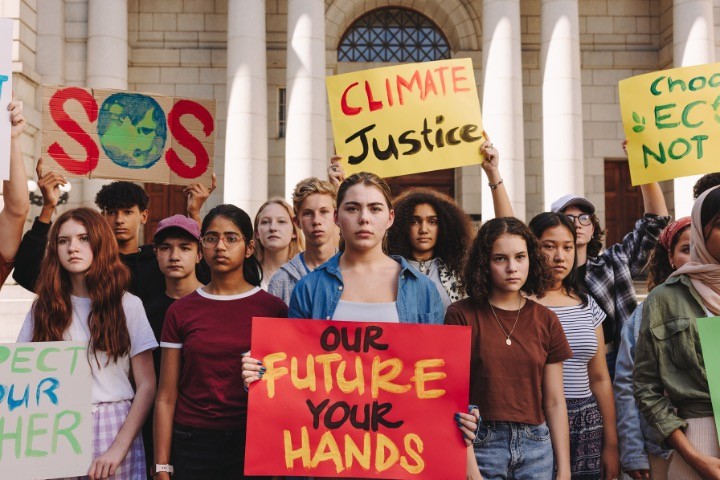 The headline to an article posted on the website of the World Economic Forum (WEF) on August 26 asks, “Should schools teach climate change studies?” The question is rhetorical, of course, since the WEF globalists have been in the forefront of the... 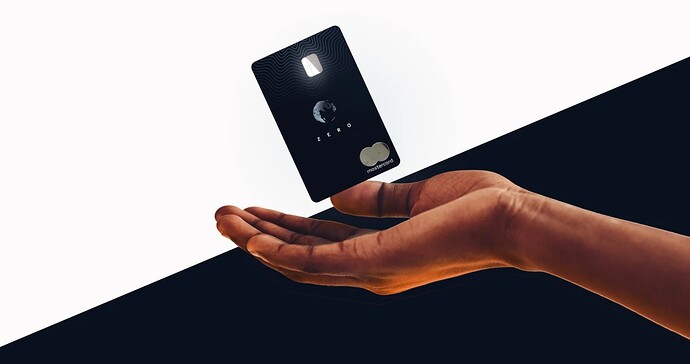 Great update from JD! There is definitely some good news here.
If I play my cards right, I may be able to procrastinate my colonoscopy long enough not to have to have it at all.
We are so close!

I don’t follow this site but someone on another group I’m on shared this article.

Could it be any more obvious that this was all planned? 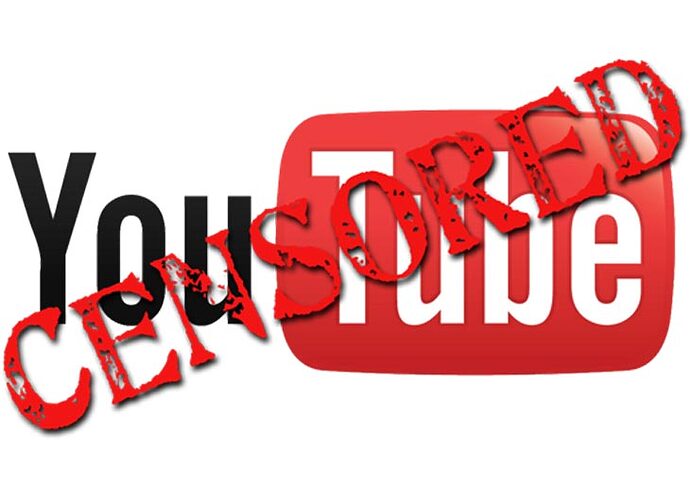 Google-YouTube Changes Rules - Will No Longer Ban Statements on Masking and...

Earlier today commentator and podcaster Tim Pool tweeted out YouTube’s updated Coronavirus rules. Youtube recently removed the rule barring claims that the vaccines do not reduce the risk of contracting COVID-19. That was a lie. YouTube banned users...