Yes. My pastor won’t discuss it either. I go to a solid Bible-preaching Baptist church in the south. He preaches books from the Bible but he won’t discuss end times stuff except for the occasional vague reference. I asked him about it and he got defensive. I have researched the churches in my area and my current one is the best in terms of expository preaching from the Bible, so I don’t know what else to do. I find my prophecy information from JD and others on the internet (Tom Hughes, Brandon Holthaus, Jan Markell, etc.)

and as I reflected on my comments, which were in a rushed moment, I realize there is another message to state:

it is true that sometimes God convicts diff people of diff things- 2 people pray about the same gathering, God might tell one person to go and another not to. He can have purpose in saying diff things to diff people.

that being said, that sentiment does not apply to the covid shots for example, since … I don’t care how much someone prays over it, because if in the end someone tries to say the Lord told them to take the vax, they are listening to the wrong god. the one true God would never tell someone to take a vaccine derived in part from human sacrifice. so I wanted to clarify since it’s true that at times God does give diff msgs to diff ppl. <3 you already feel the same but for the sake of my original post I needed to say this!

edit: I’m not going to edit this post. if the mods don’t like it they can delete it. I am not an expert on many things and am not known here for denying someone’s God-given message. so this was no arbitrary comment and I was speaking of no one in particular, because I’ve seen MANY people say God told them to take the vax. someone on this thread said such, but I chose not to make it about them. it’s more than them. it is through the lens of what I know and feel about abortion that drive me to speak boldly here. if that is still an inappropriate comment, so be it and I’ll let the mods decide. someone I dearly look up to, that I am friends with, told me that God told her directly that Trump would be re-elected this term. and we saw how that message amongst many others making the same claim, turned out. but I never told her I doubted her premonition, I wanted to see how it would turn out. when she proved wrong, I asked her what she thinks now. she said that “heads will roll” soon and he would become pres soon. well it still hasn’t happened and she since has expressed to me that she is doubting her thoughts on Trump now. I’m sure it’s embarrassing for her and I haven’t asked about it again. so again I do not want to point the finger at any user here, that’s why I made a general message about it. I’m sorry that it was taken personally, I can understand it, but I don’t know if I broke the rules really. either way, thanks everyone.

sorry if my post was too much for someone. not sure what was considered abusive. I thought I was being real. ?

You are real and spoke the truth. It will never be Gods will to take some “medicine” which was made from dead babies and includes heavy metal. Never ever. This is the truth.

amen. perhaps I sounded judgey and thus had my post flagged. I did come on strong. I’m tired of people trying to tie God to their decision to take this shot, I think they are trying to make it sound more justified, and I want to be bold in saying so. but if I am wrong in my approach then I will consider how to edit my post. thank you for your input that led me to this thought!! <3

Good morning! Another video that came up in my suggestions on utube. I do NOT believe what this video is talking about, however I think it’s part of the deception that will soon be coming. It crazy because if you look at the comments section, people are talking about the video like they are shocked it’s still on utube, because they are viewing it as conspiracy that has been “hidden from us” and as being hidden truth, even though it’s actually a complete lie and a deception. These are not aliens, in every form they discuss they are demons, nephilim. U tube wants people to see this video! Below the video it says “#freefullmoviesonutube”. In the documentary they state people won’t believe it because of their Jedeo-Christian values and that they aren’t demons. Then a woman says many abductees sees the aliens as “family” and they feel the earth is not their home. In the first little skit with the reptilian talking to the journalist he says “your not the chosen one, your not the savior, but your one hell of a journalist and that’s good for us” - super weird thing to say!! anyway this is super creepy and I can’t believe so many are believing this is true. Just figured some may want to see the garbage lies the enemy is setting the world up for… 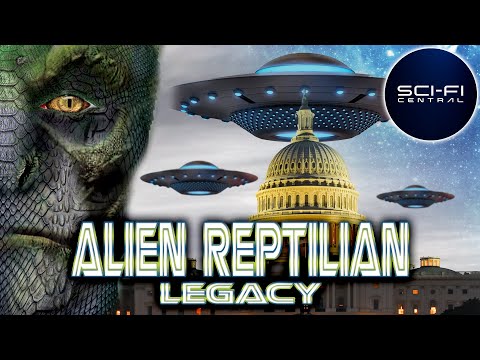 I appreciate your thought processing.

Well,
I agree with the post but also understand they don’t want us telling people they are not hearing correctly from Holy Spirit But I ask would that also be said of Abortion issue?

I personally believe not to step forward on some issue as this could be why so many people make those eternal mistakes. Maybe it comes from different teaching than I have accepted as true…

That said monitoring this stuff is hard and they too must listen to Holy Spirit so maybe there more to this deeper than I understand. 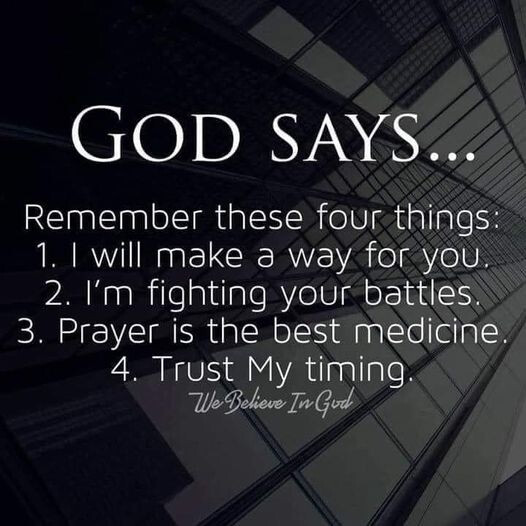 @J.R.W
I have found that sometimes searching too diligently for answers that can only be obtained from God, actually just brings more questions. People give opinions, no human has a monopoly on what Gods Word says to another. My most favorite verse in the Bible calms me; “Be still, and know that I Am God” Psalm 46:10

It’s like looking all over for your glasses, and the whole time they’ve been on your head. But when you calm down, there they are. Right where you left them. Just like God. He’s right there in His Word waiting for you to seek the truth HE wants you to know.

You don’t have to learn all 66 books at once. You just have to start. He doesn’t want you to know big, religious words, or how to expound on theology. He wants YOU to know HIM and His love for you.

God doesn’t expect us to KNOW what every verse in His Word means the minute you read it. He does expect us to read it and ask Him for discernment though.

I have read a verse10 times and then one day I’ll read it again and bam! I got it! Thats God! Giving discernment of His Word to me.

“that if you confess with your mouth the Lord Jesus and believe in your heart that God has raised Him from the dead, you will be saved.” Romans 10:9

I agree with the post but also understand they don’t want us telling people they are not hearing correctly from Holy Spirit But I ask would that also be said of Abortion issue?

thanks, I didn’t know that was in the rules.

for me abortion is always a litmus test so that’s why I feel prepared to make such a statement about the vax. but if indeed we aren’t supposed to say they aren’t hearing correctly from HS, then I guess that’s what was wrong in me. thank you for your help!

The Danish government on Friday presented its digital coronavirus passport enabling people to travel abroad or, in Denmark, go to the hairdresser, a tattoo parlor, dine inside a restaurant or wherever else it is needed. “The corona passport we...

I did not find a problem with your explanation but one who took the vaccine might take offense. I am not overly sensitive though and appreciate everyone’s opinions/views etc. I’m not sure why people cannot agree to disagree and move on. Talking/discussing is so important! It is how we learn. JMO!

Scary isn’t it to think people actually think this way? It shows us how easily they can play off our absence with the story of UFO’s, aliens and creatures. I find it ironic that people are so quick to believe in Aliens but not God. Go figure.

On a “Discourse” branded forum, anyone in the membership can flag a comment or post. It then goes to the Mods/Admins for review.

Mods/Admins might flag something if it is serious enough, but they’d likely handle it beyond just flagging anyway.

When this system first started people were flagging each other left and right for spite.

I may flag something once in a while to get the attention of the Mods/Admins, but I generally refrain from it these days otherwise.

Better to ignore something you don’t agree with and just not engage it.

I have no illusions that I am liked by everyone here either.

I would also add, there are a lot of people who may know the bible inside out and are not doing God’s work. Knowing the bible inside and out does not make them any better or smarter than you or any of us. You ever watch Cory Asbury’s live version of Reckless Love with the story? What he says is so profound. Give it a listen if you haven’t where he talks about what the song means. We are all special in God’s eyes, each one of us. never allow anyone to make you feel like you aren’t as good or special as them. I ignore the pompous or self righteous. We all sin, we all fall short…BUT GOD. I could barely quote scriptures but when someone says it I recognize it. Does that make me less than? Nope! Just keep doing what you are doing. if God wanted more he would show you. You are right where God wants you to be, learning and growing. Be proud of that. Many are not, OR many feel they already know enough. Those are the dangerous ones. GBY