I think the pre-trib theory ( not a doctrine) refers to pre-GREAT trib. which is the last 3.5 yrs of human govts. The last 7 yrs begin with “the covenant with many” (Daniel 9: 27.) The Abraham accords are still in effect & are basically business arrangements with Israel govt. & participating gulf states–NOTHING TO DO WITH “covenant with many” (Daniel.) That covenant (declaration) is EVIL in nature & the laudato si (Pope) is the climate agenda which basically says, “humans, rather than God, are in control.”

The 2 witnesses ARE NOT DEPARTING BEFORE THE CHURCH. We’re all going together, 3.5 yrs after the 2 witnesses begin witnessing which is @ beginning of the last 7 yrs. When you put it all together, that’s the only way it can be. (IMO)

Third eye? We only have two right?

I can’t even joke for some reason right now…sorry only two eyes. There is inspiration from Holy Spirit anything else is …other… demonic.

Third eye here refers to pineal gland that resides between 2 hemispheres of brain. It enables processing of left & right brain synaptics into a meaningful whole. The whole is bigger than the sum of its parts. I’m not saying I’m not crazy; my wife often tells me that . I’m just me trying to make sense of the world around me.

You and @Twi must get exhausted on a regular bases trying to keep the lid on the can of nuts so to speak.

I understand the words you have typed there which is why there is a correcting presence called the Holy Spirit…I am not Job here :-), I have experience with my words and understand when you speak of that stuff it is other…not of God.

With that added burden of them currently hiding. Now if they were not…it would be hard to argue. But an argument from silence…well…i’d say you probably have some time to think it through brother. My guess is Trib ETA 2024 ish. But where our oddball approach to scripture merges is we both would agree that the first seal is opening. Well in my case “opening.” And in your case opened. My guess is seal 2 is Ezekiel 38. What might you see seal 2 as? I think the church may be here up till then. So there are “some” similarities. But I see seal 1 and seal 2 as door close / door open and seal 3 as the tribulation kick-off point.

Why did JC wait so long to go to Lazarus’ tomb ? He was dead 4 days. I think He wanted the people to know without doubt that he was dead–decomposition was well underway :

That is likely the significance of the “3.5 days dead in the street.” There will be no doubt re the death of the 2 witnesses. I think the mass beheadings begin after this. Their beheadings would remove all doubt & thus 3.5 days would not be necessary to remove any doubt. In other words, the 2 witnesses will not be beheaded but simply murdered. (just speculation)

What is (& has been from its beginning)
the purpose of the church ?

Colossians 1: 25–26 : Present the word of God to the world–the mystery that was hidden but was disclosed to the saints( Christian PEOPLE, not angels.) WHY ? “That we may have the hope of Christ’s glory” which is His (ours) resurrected life from death. That which departed the tomb rather than what went into it.

Witness what ? 1 Corinthians 15: 1–9 (the gospel in a nutshell) Why ? So that we may have the gifts from the spirit, like JOY ! What else is there worth having?

My point : the 2 witnesses ARE Christian PEOPLE, murdered for doing the above. Paul took the “mystery” to the gentiles & JC & disciples took it to the Jews. These 2 groups (lamp stands & olive trees) are still witnessing today worldwide. The rapture is for the Lord’s church that is comprised of these two groups which further classify as DEAD & ALIVE. Paul said the dead go 1st, immediately followed by those alive.

There is 1 church & 1 rapture (no more are needed) & it happens 3.5 yrs after the witnesses begin in Jerusalem & starts the countdown of Daniel’s 70th week or the last 7 yrs. of human govts.
As the 2 witnesses are murdered, they are in the DEAD group & go 1st. The Revelation says that those left behind “watched them ascend” just like disciples watched the Lord disappear up into the clouds. IMAGINE THAT !

For me, it’s PERFECTLY clear but I just don’t know if the last 7yrs. have begun. With all that’s happened since 2020 & the massive & unrelenting exposure of evil throughout the world; for example, pedophilia, human trafficking, normalizing LGBTQ, etc., luv of $$$$$$ & power & legalizing/institutionalizing “bad” rather than “good” (corporatocracy,) :

we need to spread the mystery & live like JC did by loving the ones we are with & I add, “& choose them very carefully.”

The attachment is about the rapture and the tribulation. 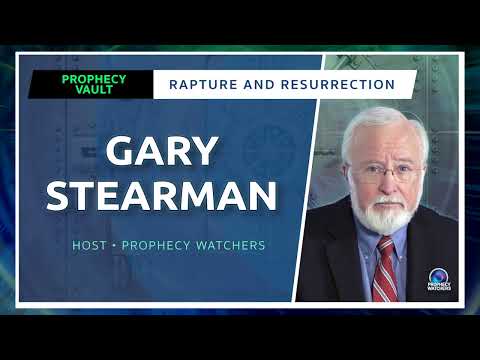 I absolutely agree with you Boris. And so does the article cited. It is very interesting. Check it out.

Seal 7 brings on the 7 trumpets of which I think #6 is Exekiel 38. I think the first 5 trumpets have been completed.

I’ve often thought perhaps the 6th seal might also be Ezekiel 38. What do you understand the first 5 trumpets were?

These are not my ideas but I think he’s correct

Learn about the 7 Trumpets in the Bible. Including World Wars I and II, the Chernobyl disaster, World War III and Battle of Armageddon.

If these have been the trumpets though how is it that recently in 2021 the 1st seal opened?