I was always kind of annoyed by the fig tree prophecy in Matthew 24. I wasn’t always convinced it was the rebirth of the nation Israel. One verse that’s helped me turn a bit of a corner is Ezekiel 36:8. Not annoyed at the verse but making sure that I had it in context. Great info. Its surprising what I’ve gleaned as I follow some of these topics.

How was that helpful, Glen?

I agree Ken. I would just add 10 mores years to that in light of the following verse:

Genesis 6:3 3Then the LORD said, “My Spirit will not contend with humans forever, for they are mortal; their days will be a hundred and twenty years.”

Personally my take is 2024. But it could always be this day week month year. I am thinking maybe around Purim? Not just wanting to be different with the Jewish holiday…but that is the day Jews celebrate where they were not annihilated. Just seems like an ironic way for God to kick off the tribulation. The day the Jews were honored (where God later wanted them to be the chosen people to lead His message but they denied–the reason they were not only spared but OVERCAME) a rapture cometh in order to make the Jews jealous as well as take a look that there has never been a nation restored in history…but theirs. And He will…but it will be rough

their days will be a hundred and twenty years.”

Yea then He changed His mind to 70-80 in several places. I don’t buy 80 because men just do not work as hard as back in the day. 70-90 is still reasonable due to modern medicine in the USA. But once you look around at the rest world it drops off significantly to balance the age off to approx. 70 world wide I should think.

Oh. I never understood where everyone was getting the fig tree putting forth her tender leaves in relation to Israel becoming a nation. No one explained Ezekiel 36:8. That’s the only spot I see any reference to tender branches. The only thing is it doesn’t specifically say fig tree. Really, if there was any tree that was symbolic of Israel I always thought the olive tree. Paul says we as believers are grafted into the olive tree. I’m just talking out loud now. Kind of babbling.

Ezekiel 38 could occur just before or after the Rapture (I lean toward before) but no no talks about the 10 leadership council (Individuals -not kingdoms or countries) that must be in place “before” the Rapture. Dan 7:23-24, Rev 13:1, Rev 17:12. This has to be in place since this is where the Antichrist gets his power and begins ruling for the 7 years.

This is the one thing that has yet to happen before the Rapture can take place.

The only thing is it doesn’t specifically say fig tree. Really, if there was any tree that was symbolic of Israel I always thought the olive tree. Paul says we as believers are grafted into the olive tree. I’m just talking out loud now. Kind of babbling.

That’s ok we dabble all the time…LOL The national tree of Israel is the Fig Tree its on her flag.
In another scripture Jesus is the vine and we are the branches.
Does that help you with your Fig Tree issue?

Ezekiel 38 could occur just before the Rapture

I lean this way also.

but no no talks about the 10 leadership council (Individuals -not kingdoms or countries) that must be in place “before” the Rapture.

What makes you so sure it is not in place already? United Nations?

Mostly. I do like the Psalm 90 thing. That also puts me at ease a bit. I’ve heard lots of theories on what a generation is. Psalm 90 is about as Biblical as it gets. If Jesus is indeed talking about Israel becoming a nation than we are close. One more thing if babbling on is OK. I always assumed the white horse is Revelation was the AC. Maybe not though. Maybe that fits in with Ezekiel 38. If that’s the case we are out of here by then.
I lean towards us being out of here by the time the seals are being opened.

I agree, the White horse rider is the AC before he knows he’s the AC.

after the Rapture he will try to bring “order” out of chaos.

I actually believe that it probably is in place. Given the extensive planning that has been done for the WEF Great Reset, as shown on their site, they have to have planned for an administrative body. I’ll bet there is a 10 position regional authority ready to be filled - there are probably candidates.

How and if we hear about it will be interesting. A thought I have is we will hear of this in regards to a Global Climate council, since most countries would buy into having this control.

I find it very interesting that no one talks about this, including JD, given it is a prerequisite for the Tribulation to begin and the origin of the Antichrist’s power

Although linguistically 120 is possible, i don’t think the world can hold up till 2068…lol. Where we agree is that it is far sooner than later. Amen

the white horse is Revelation was the AC.

Yes pretty much all agree in main line Christianity.

Maybe that fits in with Ezekiel 38

us being out of here by the time the seals are being opened.

Yes, I think they start to open immediately after the Rapture
Then as they are opening the white horse appears to bring order

nooooooooo…We can’t be here for another 47 years!
Well, some of us won’t be…but that’s depressing

Yes, that seems like an awwwwesful long time. Gulp.

That’s fine. I’m just more than happy to be out of here before the seals.
Earlier the better.

Or maybe during the first one…but I am the outlier here on that one.

My estimate is 2024, just with various calculations. No doubt it could also be this year. But i don’t think it will be decades. 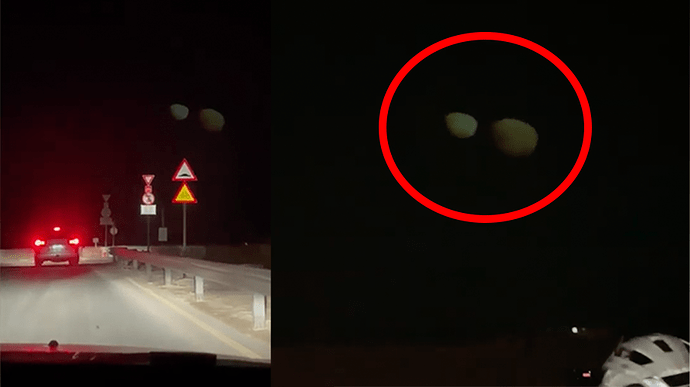 Dozens of videos of the bizarre sight were posted to social media by scared citizens unsure of what was going on. | iHeart

Ok. That is really crazy!