In the latest over people dying because of mask policy… 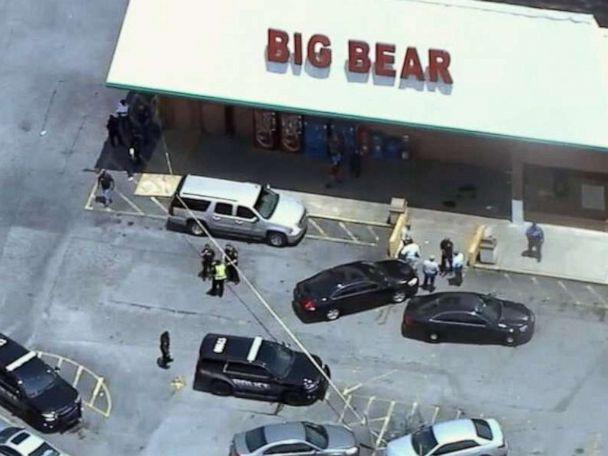 A cashier is dead and two people were wounded after a shooting broke out following an argument inside a Georgia store over its COVID-19 mask policy, authorities said. The incident took place Monday near Candler Road in DeKalb County at a Big Bear...

How “strange” it is that like 3 different covid vax choices were able to be released at basically the same time, and none have been introduced since. why the perfect coinciding timing? maybe there’s a “good” explanation, or I’m wrong on a detail perhaps, I just don’t know a whole lot but these thoughts occurred to me and thought I’d share based on what I think I know.

I’ve been spending a lot of time on this forum and at this point can’t imagine not having it altogether. it opened my eyes to so much, but it sucks up so much of my time, what should I do? been asking myself that lately. because I’m not good at a lot of self-discipline so simply choosing to access it less, is hard.

Wow, it appears I have been a naughty girl.
Flagged post

In the spirit of not offending I offer my apology to whomever flagged it.

@alllllz
Alison, it’s been my experience that if we are confused about what to do then the answer is to ask God for clarity and you’ll always be in the clear (pun intended)
If you get a calmness and no confusion about staying or going, then it’s the right thing to do

God is not the author of confusion!

YOU just gave me the biggest case of goosebumps

You MADE my day

You are very welcome and I’m giving God the glory

Life cycles. Some times we are more this than that. Other times we are more that than this. One way to help build self discipline is to choose an approach in the word you hunger for. Take daily time or weekly time to be in that mode more. Like something exciting. Something new for your to search out in scripture. Let the word saturate you a bit more. As it does it will “adjust” your direction over time. It’s a dance I believe.

Alternatively, Alison, I have noticed that there has not been as much posting in these days as had been common in the past. Or at least that is how I perceive it. Perhaps it is because of our “long” wait. But we are at a point in history with Israel’s new government, and US voter fraud recount that indicate things may begin to get rather interesting. It might be a reasonable time to stay near. Blessings.

But we are at a point in history with Israel’s new government, and US voter fraud recount that indicate things may begin to get rather interesting

Beyond the meme, I echo Teren’s sentiment and would encourage you @alllllz …no, scratch that…would encourage and remind myself @jasonacts177 , that I should seek God’s Word before any other words.

Don’t think I’ve ever @'ed myself in a post; hope the double ‘I’ self-reference doesn’t Samson the whole system to the ground. (Judges 16:28)

Is that the same as thinking out loud?

This will be hard for some to believe

It is hard to believe, I know many people who have become sick from the jab ( and even a stroke, and one on oxygen with difficulty breathing), and so far at least one person who had died from the vaccine. I live in a very small town and not a densely populated area.

Also, that’s part of the plan. If everyone dropped dead immediately the amount of people they need to get this jab…wouldn’t.

I also think this is being done by districts and areas–or stages.

You think these people are idiots? No, no, they are not.

More jabs…could you think of a reason they keep saying people might have to come back for more?

I think if you are trusting these people Fauci being one–who LIE, and have been caught doing so.

Well, for me, THAT is hard to believe.

I pray for your safety, and your families and I pray for the truth to be revealed to all. I’m so happy that no one has been harmed that you love, but I fear the worst may be yet to come.

@Redeemed777 Hugs to you, I didn’t see what the post that you posted (lol) was because it was gone by the time I got here, but I agree with @Gracings some people are mad, and have bad days. Good on you for a gracious response…we are to LOVE mercy.

Loving an opportunity to show it to everyone. Even when they don’t deserve it…because while we were yet sinners…Christ died for us…mhmm good news…good news.

To piggyback on your comment regarding Duck Duck Go, I have noticed less wide range hits with it, as well. What’s really been bugging me, lately, is the ads associated with Brave browser. Their home page is always showing crypto, block chain, and now climate change photos on the home screen. Aaaand, I have developed a bit of a distrust with ProtonMail

I have developed a bit of a distrust with ProtonMail

I would imagine that few that can keep themselves from the control and even less that are still actively able to not be controlled. Many are Darpa controlled just like Google and FB and YouTube.

I personally know two that passed but also had other serous medical issues and some had issues after the V but now seem OK, who’s knows how that will play out I hope well.

Satan is just digging his hole deeper and deeper while at the same time increasing God’s holy wrath and judgement upon him.

Rest assured brothers and sisters God is in full control. Just as his love for us is complete so is his wrath.

The sooner the better I would ask of Him.

Yes. I mean, especially these days, unless they are followers of Christ, they can’t be fully trusted. (I have to admit that I am basically only familiar with Darpa in name only. I just know they are bad guys.)

Not just my take on it plenty of proof to verify much of this.

Evil is as evil does.

Maybe this is more correct
In sum, the study found, power doesn’t corrupt; it heightens pre-existing ethical tendencies. Which brings to mind another maxim, from Abraham Lincoln: “Nearly all men can stand adversity, but if you want to test a man’s character, give him power.”

All morality seems to have been put on the back burner to get the job done. Thus we see a NWO coming to pass but there are plans of pushback ongoing (rebellion of the 3 kings out of the 10) and others even here kind of like the fake Q but it will never be powerful and unified enough to stop what is biblically coming to pass.

That’s why they brought in Nazis and any technology after ww2 to get the edge.
That’s why we saw Reagan’s Ollie North moving guns in South America and the bake side of Air America and then Obama and Joe in Fast and Furious mission running guns making money etc…

Both sides, same story because the Puppets of any Congress don’t have the power they profess. Nope, that left the building before Eisenhower and JFK warned us about.

Its the Tree of the Knowledge of Good and Evil the End justifies the means. So NOW we see how that is working out.

DARPA is the brains behind this “Hammer of the Earth.”
But this is now top hammer of many but too will fall under the weigh of the Rock Truth.

Jeremiah 50:23
How the hammer of the whole earth has been cut apart and broken! How Babylon has become a desolation among the nations!

Come ever so quickly!
Yeshua! Father we are calling can’t you hear?
Yes suddenly will come.

Yes,
I know you do and soon Amen

Nodding my head with you as I follow along and read your explanation, Dan. Boggles my mind how corruption is under every rock— more than I once realized.